Here, I would like to introduce the details about Asakusathat is located in Taito-ku, Tokyo, and one of the most famous tourist spot in Tokyo.
This is the 11th “Demon Slayer” Real life Locations on the list.

Asakusa is located in Taito-ku, Tokyo, and famous for many Buddhist temples such as the Senso-ji and traditional festivals. Besides temples, there are various tourist spots where you can feel Japanese culture. Also, it’s very fun to try the food at various restaurants there.

Even for those who are not Demon Slayer fans, Asakusa is easily accessible and the best place to visit for fun!

Why Is It Real life Locations?

In Demon Slayer, Asakusa is the place where Tanjiro meets Muzan Kibutsuji for the first time who is producing demons and said to be Tanjiro’s greatest enemy.

Cityscape, udon shop, and landmark tower of Asakusa as depicted in the story are images of Asakusa area in the Taisho era, so they are no longer exist in modern times. However, you should be able to experience the atmosphere of the story by looking around the town and feeling the downtown atmosphere of Asakusa.

What Is the Highlight of Asakusa?

You can take your time sightseeing around Asakusa in only one day actually. But keep in your mind that there might be really crowded in holidays and weekends.

There is Kaminarimon at the entrance of Sensoji temple. Many of Japanese consider the really big red lantern as the landmark of Asakusa. They like to use this place as a meeting place, and a lot of tourists like to take a picture in front of this red lantern. Here should be starting point of Asakusa sightseeing! 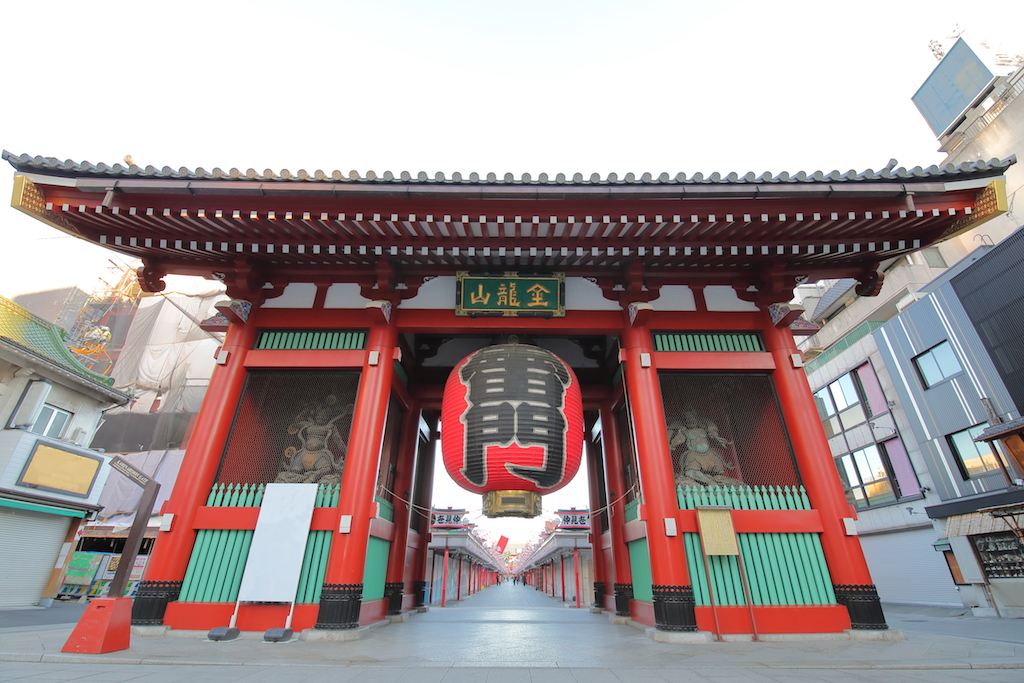 When you enter the Kaminarimon, you will find nakamise road that has prospered since the Edo period.
There are about 90 shops on the east and west side of the road selling souvenirs and Japanese sweets.

Image of nakamise in the Taisho era is described in Demon Slayer story. Although it’s a little different from the current landscape, you may feel the atmosphere of the story. 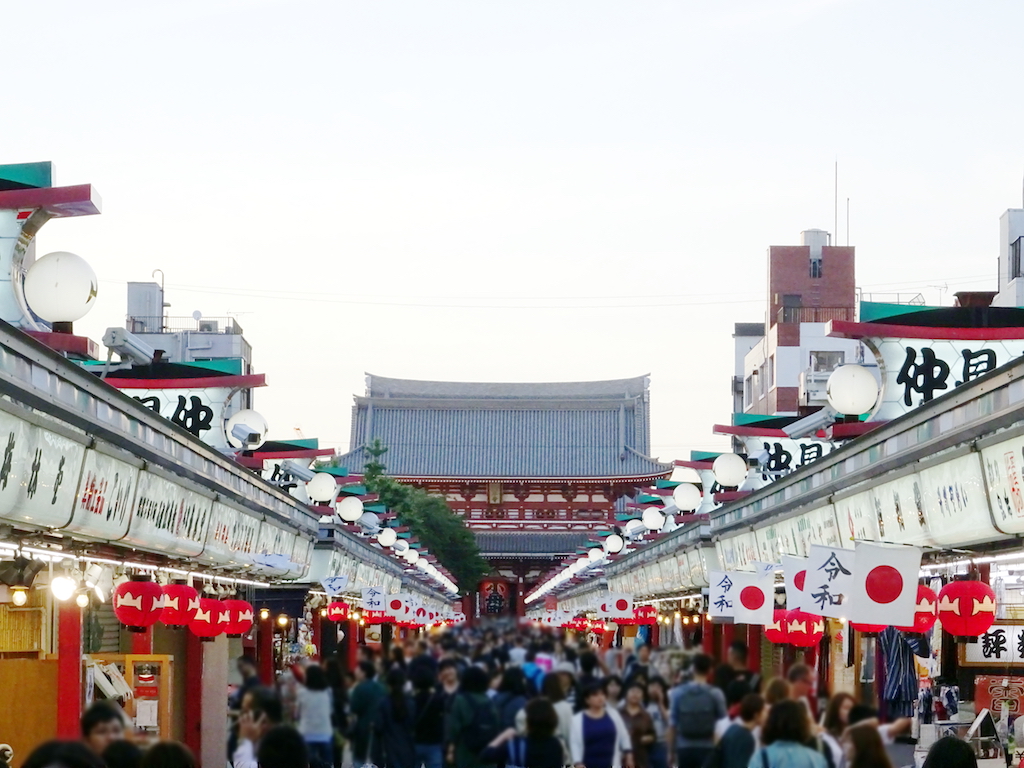 If you go passed nakamise road, Sensoji temple is just there. The original old temple was designated as a national treasure, but it was burnt down in the bombing of Tokyo in 1945. The current main hall was later rebuilt and is made of reinforced concrete.

The Omikuji (fortune-telling paper strip), which can be run right next to the main hall, is also written in English so that even overseas customers can enjoy it. 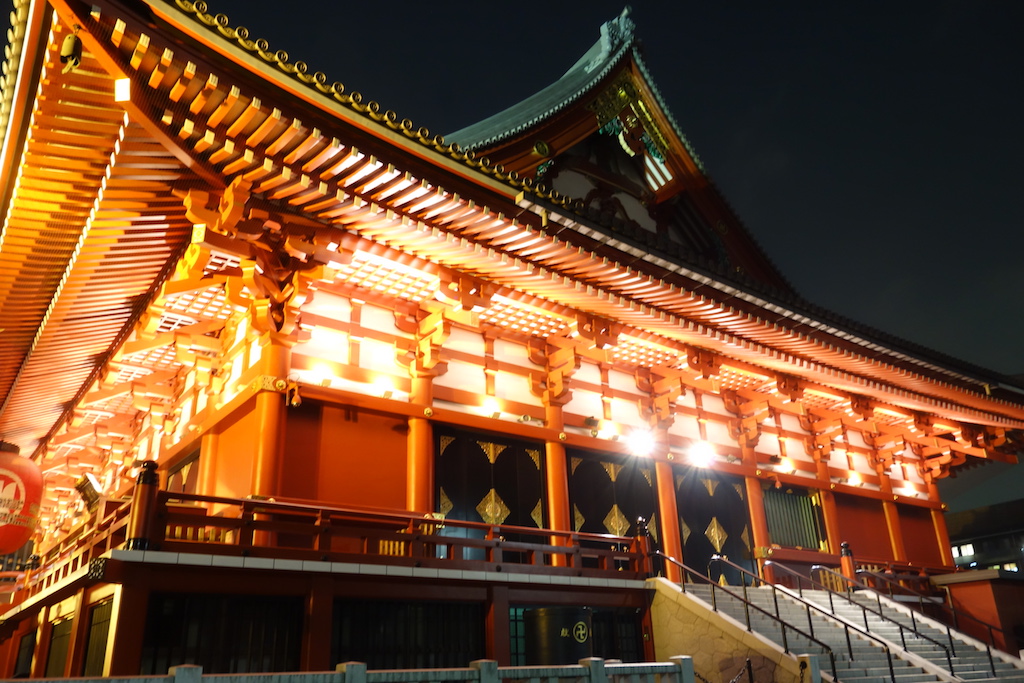 Tokyo Sky-tree is opened in May 2012. It’s a broadcasting and observation tower, and has a height of 2,080′ (634m). From the observatory, you can fully enjoy the cityscape of Tokyo.

By the way, you can take a train from Asakusa station to Tokyo Sky-tree station. Also, you can walk from Asakusa to the tower taking about 15 minutes. 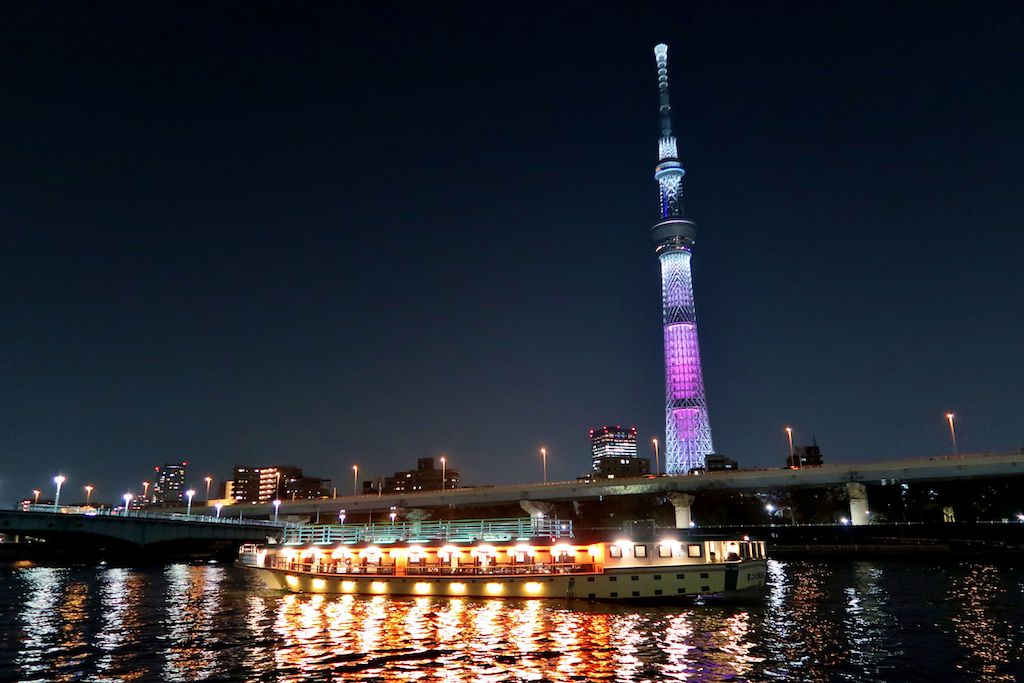 Hanayashiki is famous as Japan’s oldest amusement park opened in 1853. It seems that swings were the only playground equipment in the Edo period.

This place is nostalgic and has mysterious world view, and even adults can enjoy playing there. The oldest roller coaster currently standing in Japan is definitely the must-ride attraction!

How to get to Asakusa station from Tokyo station

Besides Tokyo Metro Ginza Line, there are several train lines that reach Asakusa station which is the hub of Asakusa sightseeing.

Tsukuba Express also has the station named “Asakusa”, but this Asakusa station is about 0.3 mile (600m) away from the one above.