* I bought a set of handmade miso, so koji was already mixed with salt. If you make miso from scratch preparing koji and salt separately, please mix those so well in advance.
Also my miso use mix koji (half rice koji and half barley koji). You can use your favorite kind of koji. 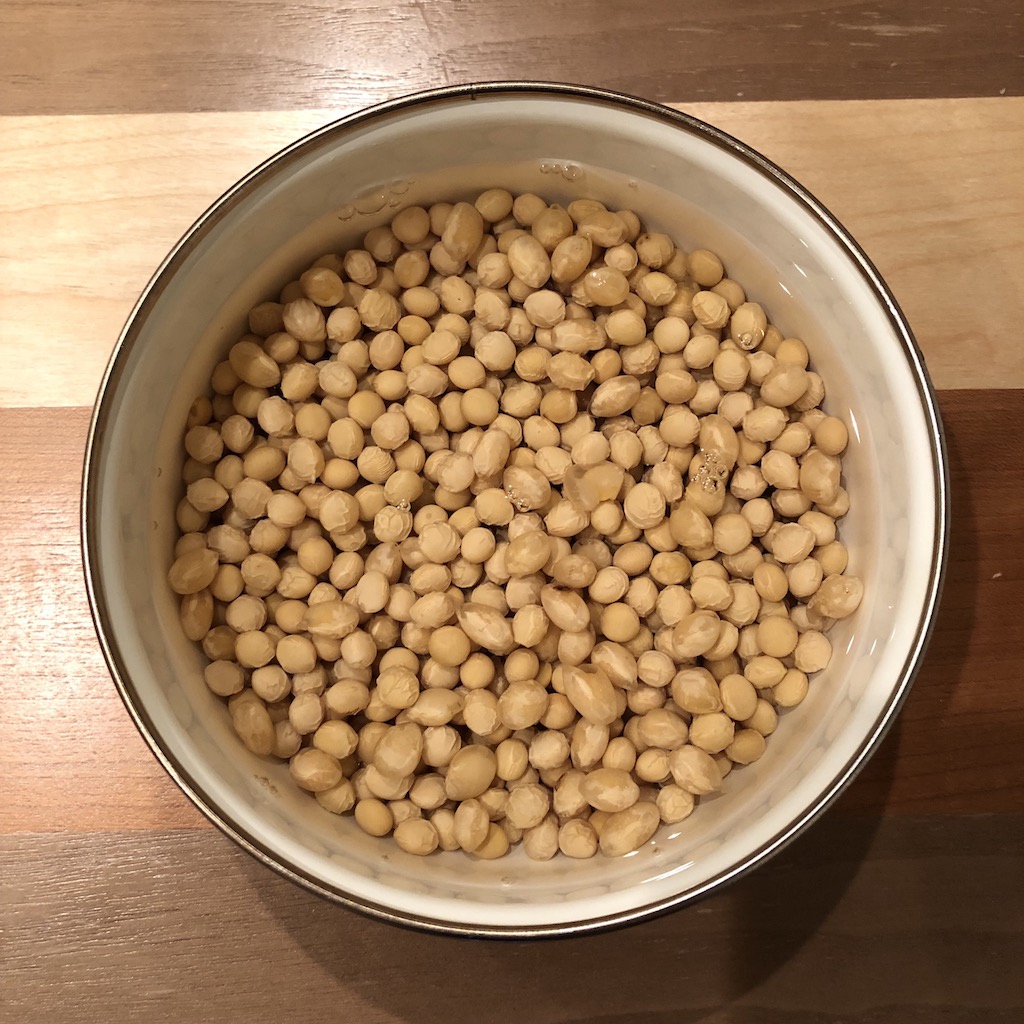 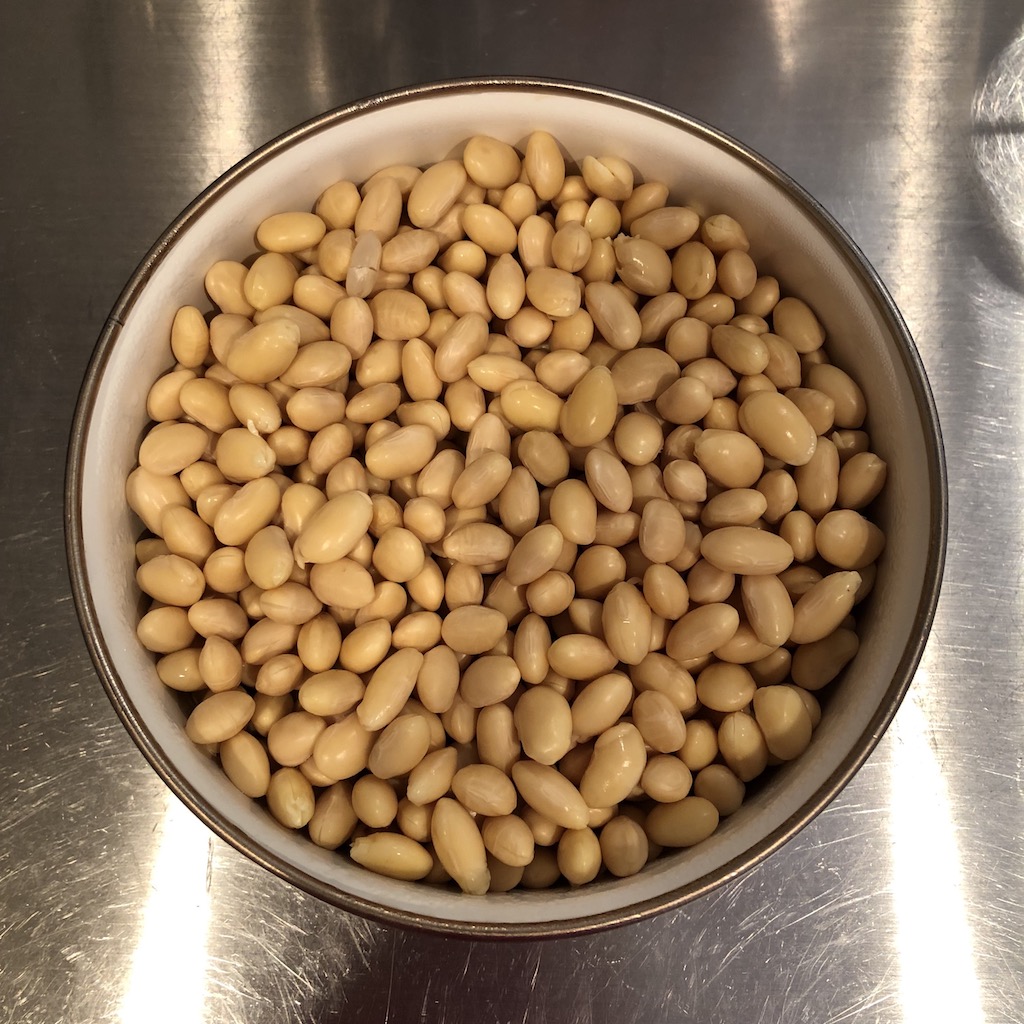 1. Wash soybeans so well, and souse them in water for 24 hours. 2. Boil soybeans for few hours until you can easily crush soybean by your thumb and little finger. Pour additional water over soybeans till it just cover them throughout boiling.
Skim off the scum that rises to the surface of the boiled water. 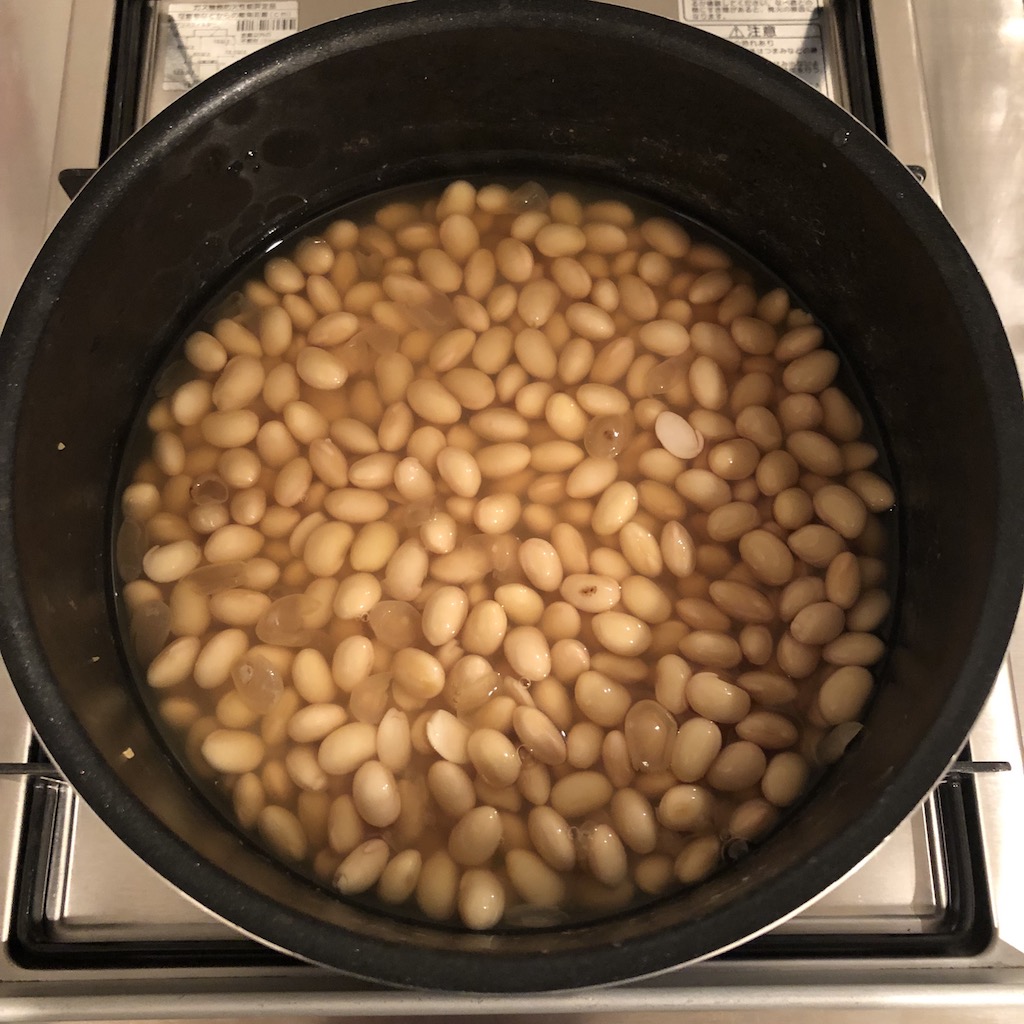 3. Mash boiled soybeans (don’t let them be cold) until they become almost completely pasty. (I used mixer for this step). When you mash them, add boiled water in it so that they can be mashed easily. 4. Add koji mixed with salt into cooled soybean paste (If your koji is not mixed with salt yet, please mix them in advance. Also if you like comparatively salty miso, add extra 1 tablespoon salt). 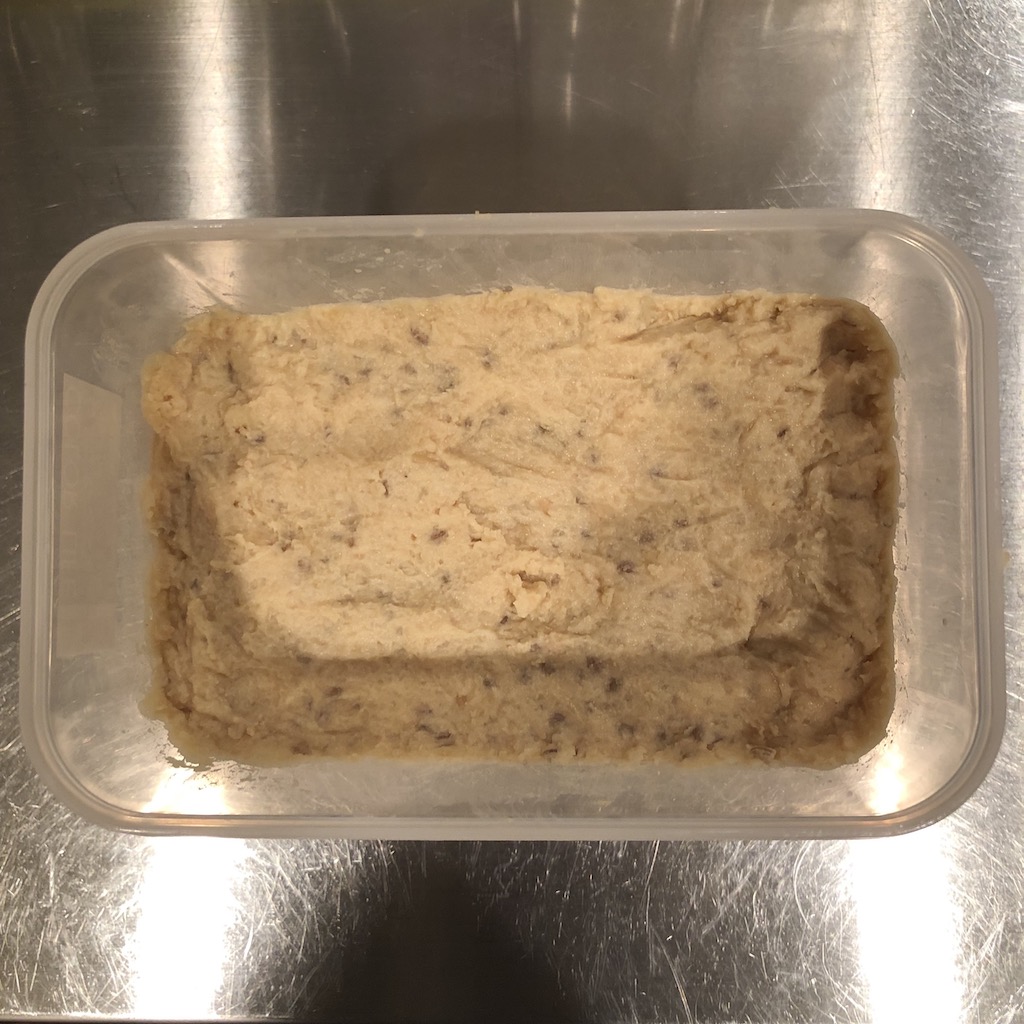 6. Pack miso into the box. Make sure squash miso by your hand while packing so that the air does not enter the box. 7. Sprinkle 1.5 tablespoons salt on the surface of miso. 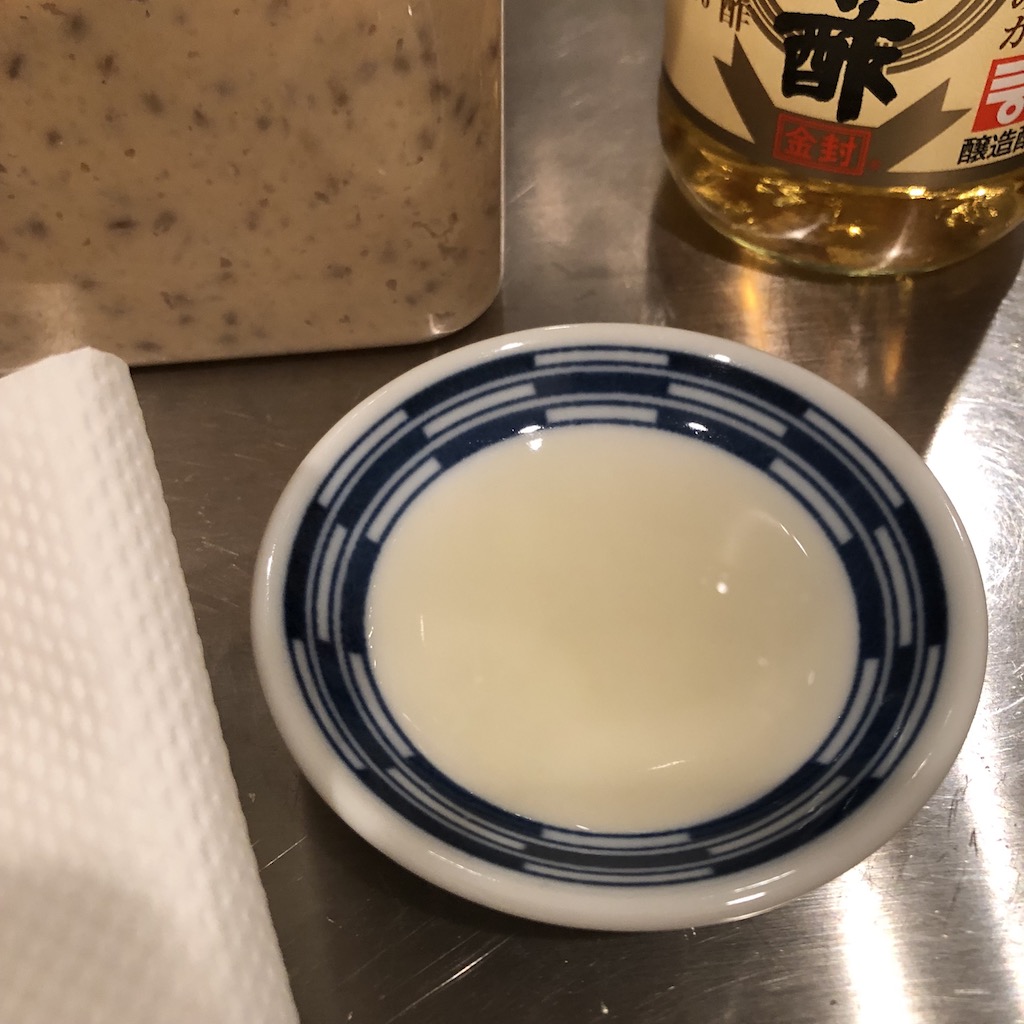 8. Wipe the inside of the box with vinegar. 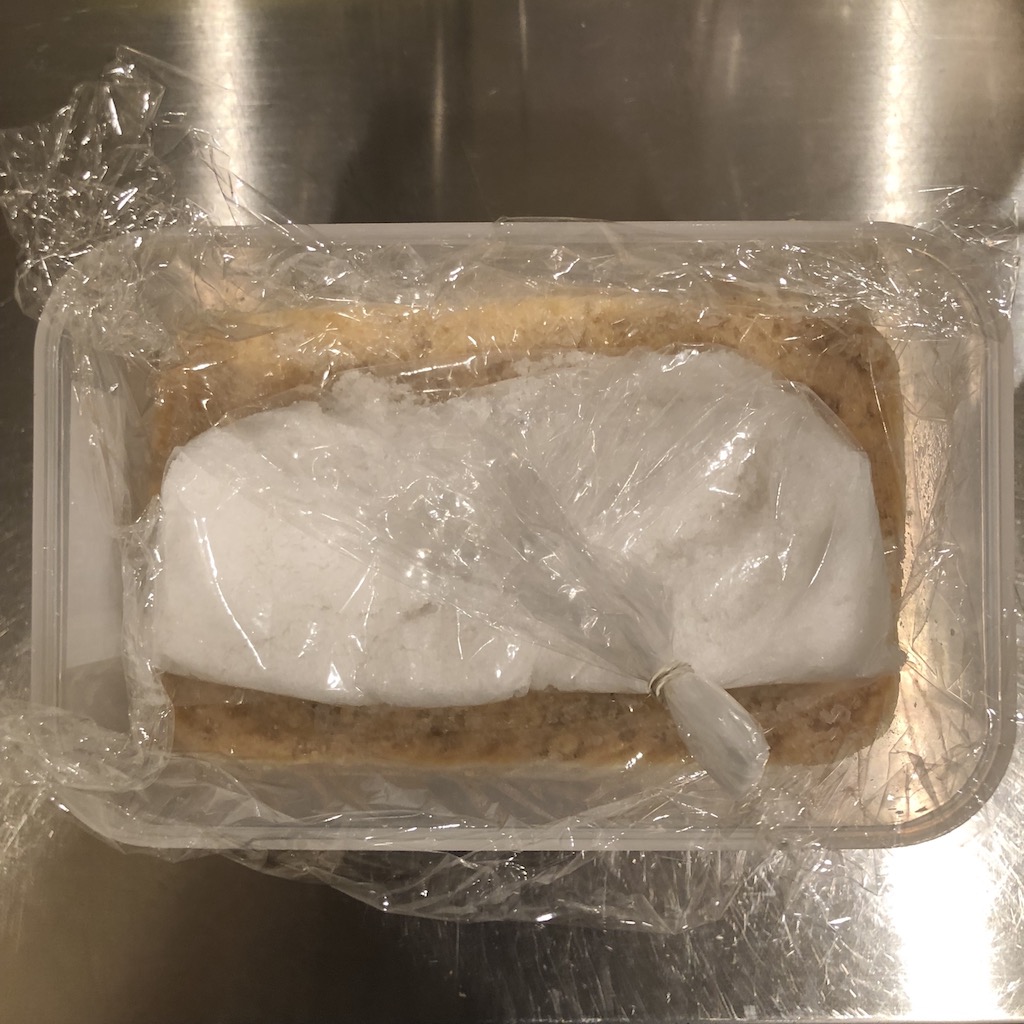 10. Put a outer lid, and wait for at least 3 months to taste! Please keep the box saved over 68 degrees Fahrenheit (20 degrees Celsius).

Note
If you find mold, please remove green, red, or black mold and cotton like thing from miso. But white mold is fine to eat, so you can mix it with miso.

7 Tips for Handmade Miso
Tip1: Wash soybean very well.
Tip2: Souse soybeans in the water for enough time before boiling.
Tip3: Boil soybeans well with enough water. If soybeans are not cooked properly, you can’t mix them with koji and salt well and miso could go bad.
Tip4: Don’t leave the place during boiling, otherwise it could boil over.
Tip5: Don’t mix hot soybean paste with koji: just let it cool down, otherwise koji mold could extinct and fail in fermentation.
Tip6: Mix soybean paste with【koji + salt】well, or it could spoil the miso. Don’t mix them at all once, make sure mix koji with salt in advance.
Tip7: Don’t forget putting a weight on top of miso. It makes extra moisture of miso go up to the surface, and could keep away from getting moldy.

The color of miso gets dark over times. 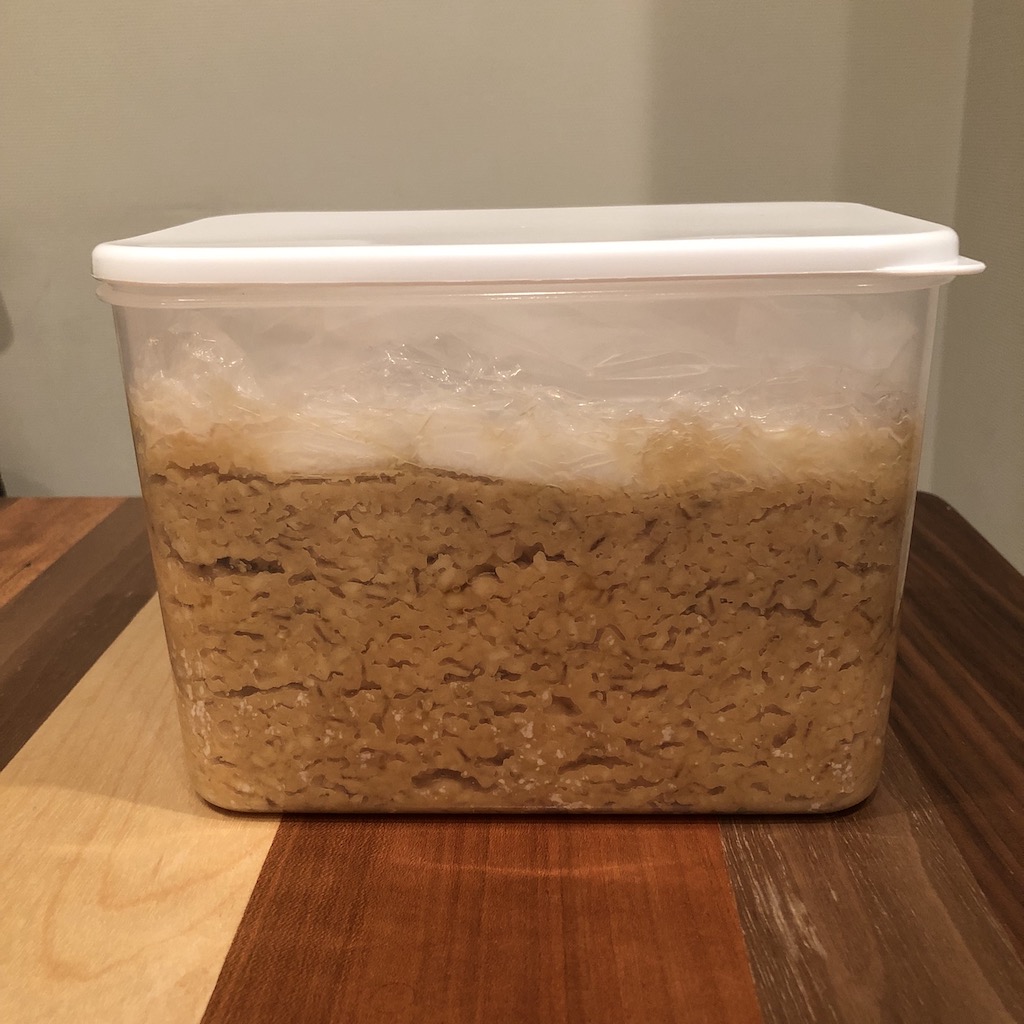 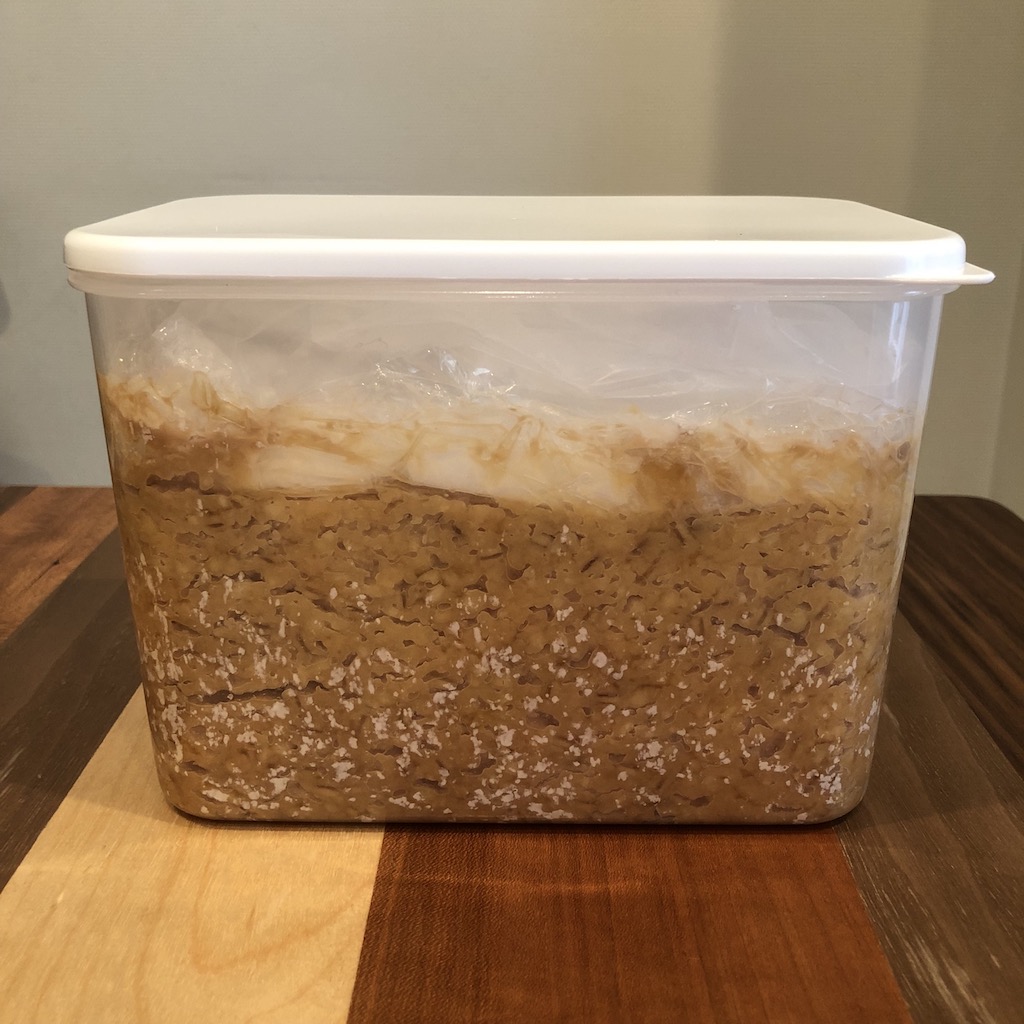 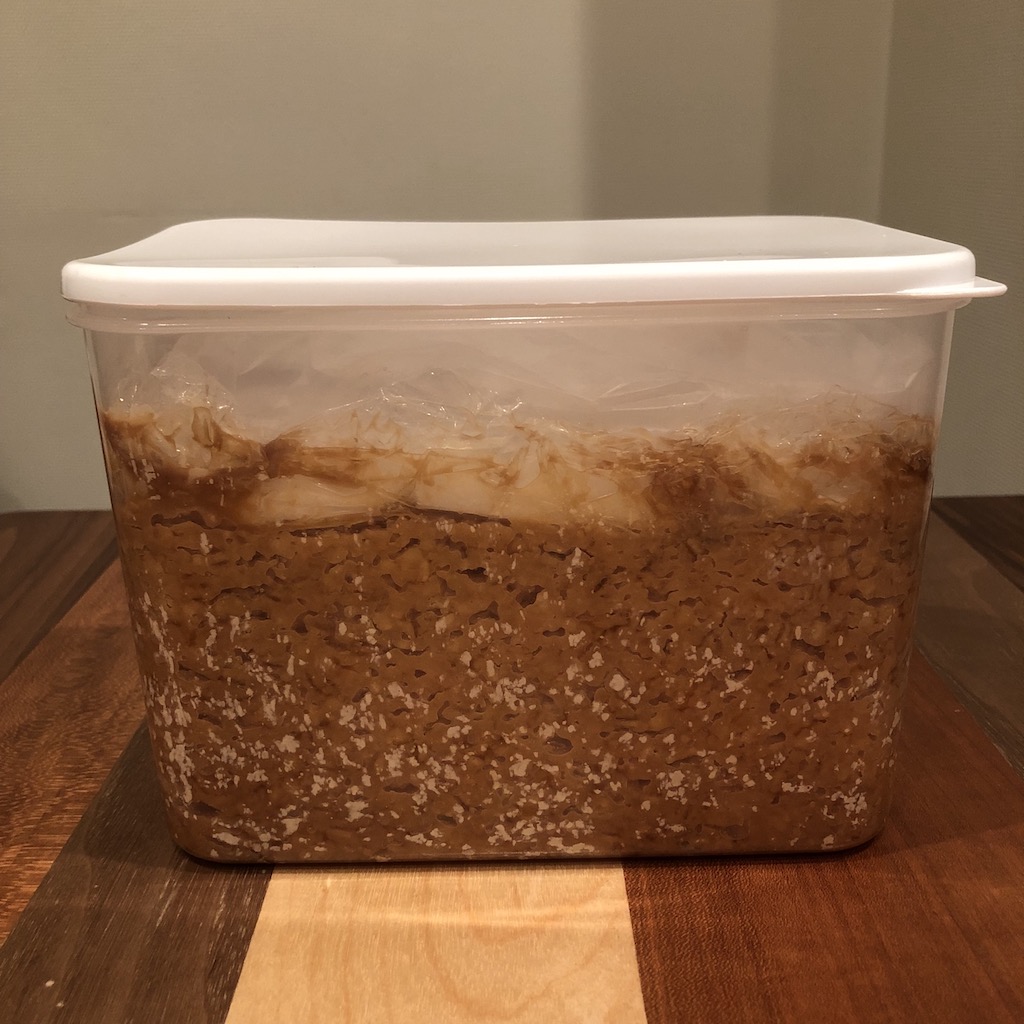 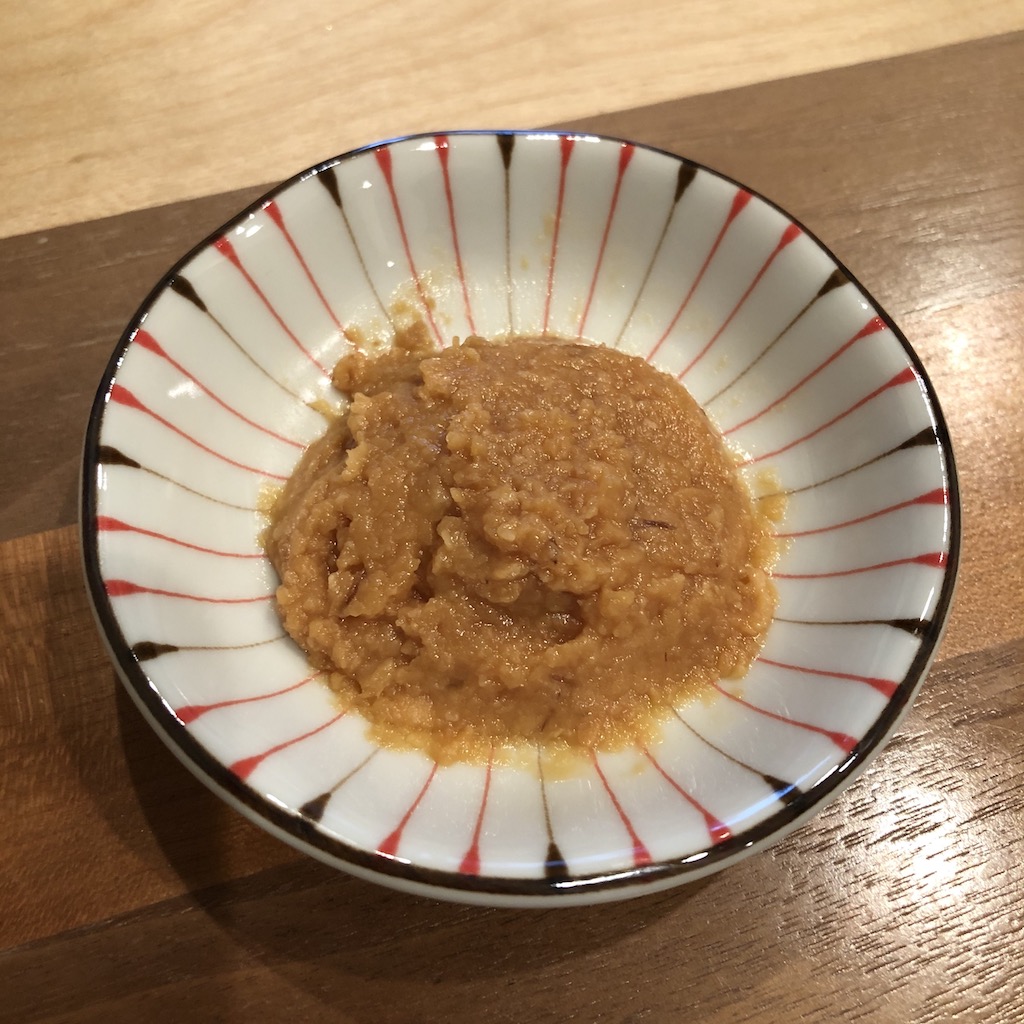 3 months later (Ready to eat!)
* The taste could get saltier if you wait more time (you can wait for 1 year at most). In my case, I moved the miso paste to my fridge after 3 months past. So it won’t be too salty.