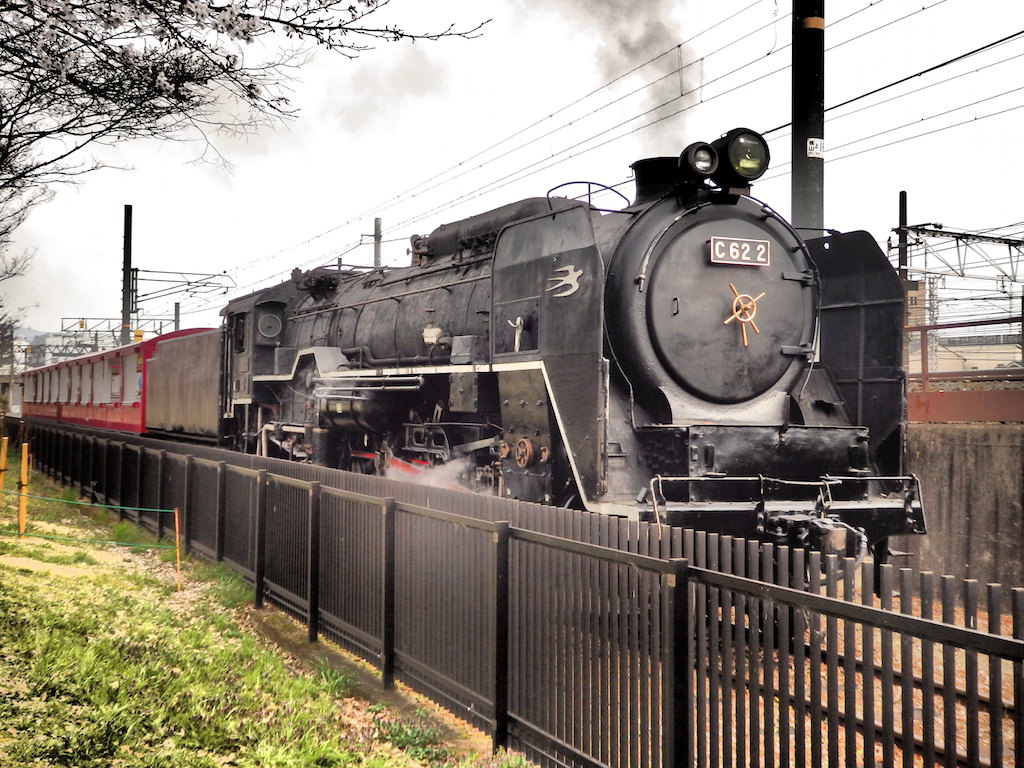 1. What Is Kyoto Railway Museum?

Kyoto railway museum is a railway museum in Shimogyo-ku, Kyoto, Japan.
It was originally called Umekoji Steam Locomotive Museum opened in 1972, but was expanded and modernized in 2016. It has become one of the largest railway museums in Japan housing 53 vehicles in total.

This is the museum where you can learn about Japanese railway comprehensively including its history, its features, and how the railway works. Also, you can join the tour of the driver’s seat of vehicle that was actually used, and challenge the driving simulator wearing the driver’s uniform.

2. Why Is It Real life Locations?

The reason why Kyoto railway museum has become one of the “real life locations” is that the steam locomotive exhibited here and the train in the Demon Slayer movie: Mugen Train are very much alike.

The train is the main stage of the movie, and Tanjiro and Kyojuro Rengoku, a member of “Hashira” is battling with demon there so hard.
It is said by Japanese fans that the train in the movie should be Domestic SL / 8620 type 8630 in Taisho era, and actually that SL is on display at this museum.

Nearest station is Umekoji-Kyotonishi station, and it takes approximately 2 minutes on foot.
Click here to see more about transportation [English]

Mooka railway company operates Mooka Railway SL Kyuroku (96) Kan. This museum had established as the base facility of tourism promotion in order to increase exchange population and liveliness in the surrounding area since Mooka city is the town SL runs.

They display one of the representative steam locomotives of the Taisho era, type 9600 steam locomotive. (They named the museum “Kyuroku” because of this train type: 9 is kyu, and 6 is roku in Japanese.)

Besides this, there are various exhibition such as freight train, diesel motor car, and old passenger cars. You can join the boarding tour there too. Anyone from adults to a children can enjoy this place!

2. Why Is It Real life Locations?

Strictly speaking, this train is not the same type of the one in the movie: Mugen Train. However, the shape is very similar to that, so this place has become one of the “real life locations” just like Kyoto railway museum.

Other than the type 9600 steam locomotive, there is another train that is reminiscent of Demon Slayer: Watermelon train (Suika train) operated by Mooka railway company.
It’s called watermelon train because of the design. This green plaid design is very similar to the cloth Tanjiro wears, isn’t it?

・Train: Get off at Mooka station operated by Mooka railway company, and it’s located outside of the East exit.

・Car: It takes about 10 min from Mooka Interchange