What Exactly Is Umami and Top 3 Umami Ingredients

I had explained about UMAMI at the above site.
I talked about top 3 umami components that are commonly used in Japan.

Here, I would like to introduce what you should do to boost umami taste on your meal.

How to Generate Umami Synergistic Effect?

The umami taste becomes dramatically stronger by combining some umami substances rather than using them alone. That is called “umami synergistic effect”.

How Much Will the Umami Taste Increase?

There is some research done by Ms. Shizuko Yamaguchi at the Institute of Taste and Food Preferences in Japan supporting “umami synergistic effect”.

According to the research, when the ratio of glutamic acid and inosinic acid in mixed dashi is 1:1, the umami taste will be up to 7-8 times stronger than the dashi made with a single material.

What Ingredients Should You Use to Make Best Dashi?

Combined soup stock made from kombu and bonito is the most mainstream in Japanese cuisine.

The common recipe for the combined dashi is using about 20g of kombu and about 40g of dried bonito shavings. Making with this amount is a common practice from ancient times in Japan, and glutamic acid and inosinic acid will have a ratio of exactly 1:1 with this recipe.*

Isn’t that amazing that ancient people had already found out the “umami synergistic effect” naturally.

*The ratio could differ depending on how to make dashi and what type of kombu and bonito are used. 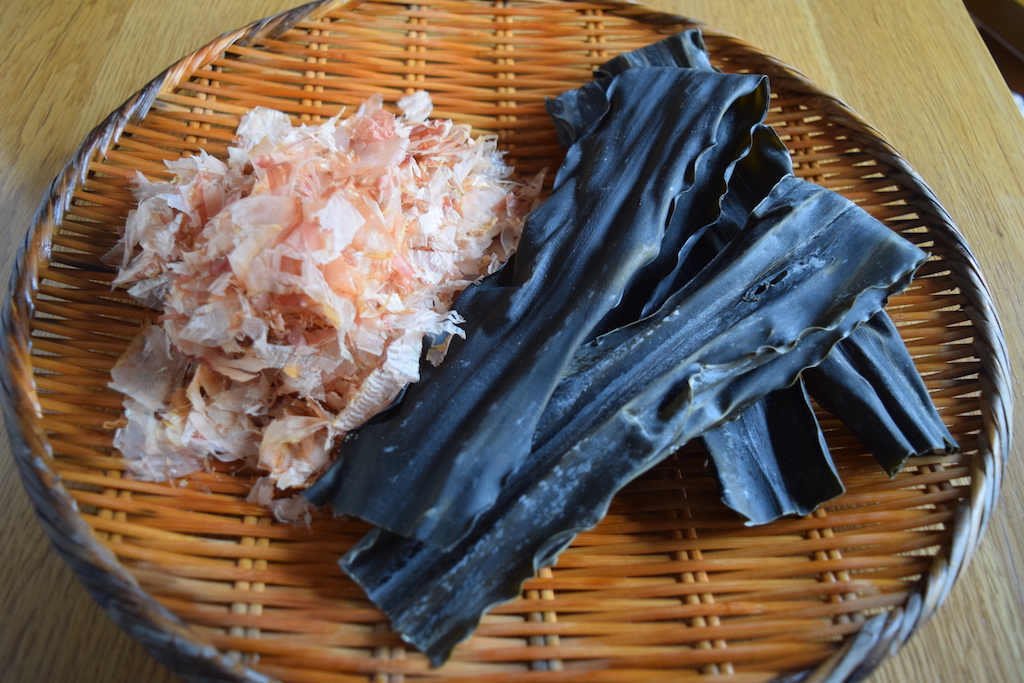 By the way, the combination of [Glutamic acid + Inosinic acid] is applied not only in Japan but also in world cuisine since a very long time ago.

The followings are some examples. 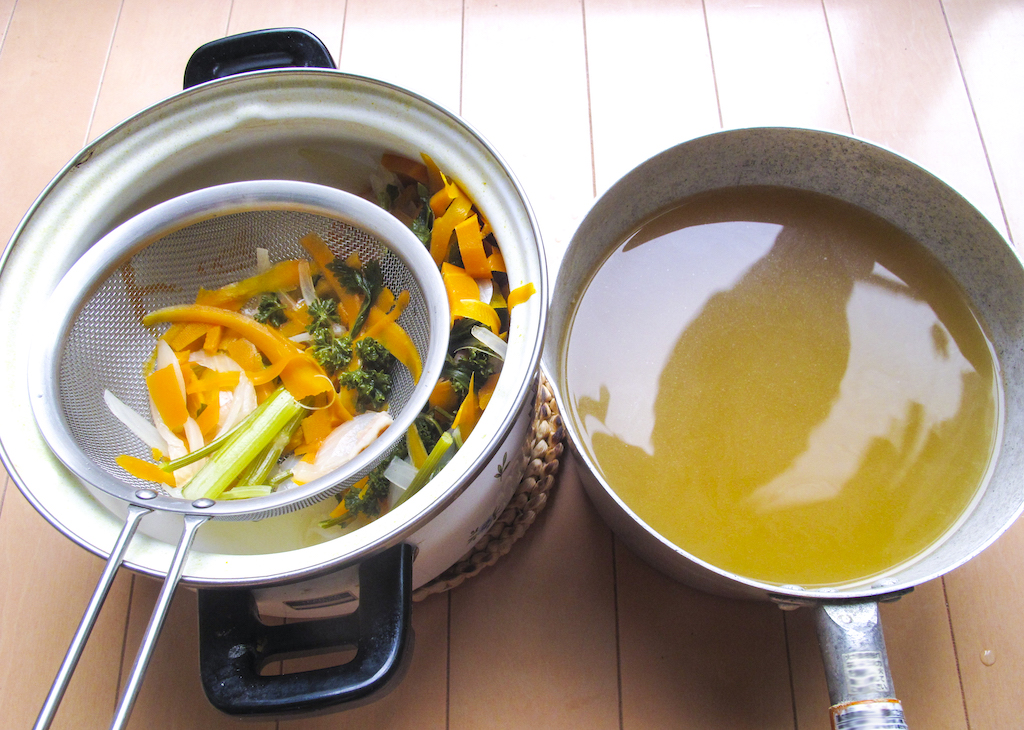 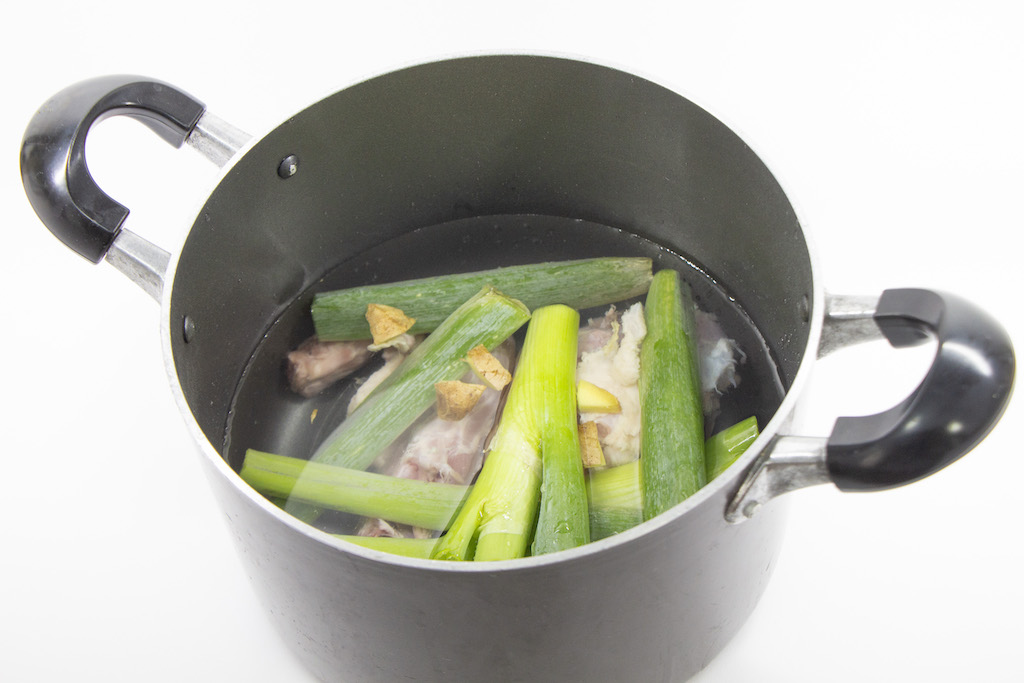 Although “umami synergistic effect” had discovered in 1960, long before that, it has been used empirically in cooking all over the world.

Using guanylic acid in place of inosinic acid is logical because “umami synergistic effect” is generated by combining one of the amino acids with one of the nucleic acids.

Guanylic acid actually deforms umami receptors, and retains glutamic acid for a longer period of time. That is why the combination of those makes you feel the umami strongly.

Great thing about this combination is that you can make dashi with totally plant-based materials. So, if you are looking for vegetarian / vegan soup stock, this is the perfect dashi to make!

By the way, the combination of [Glutamic acid + Guanylic acid] is applied in Buddhist vegan cuisine and Chinese cuisine, for instance. 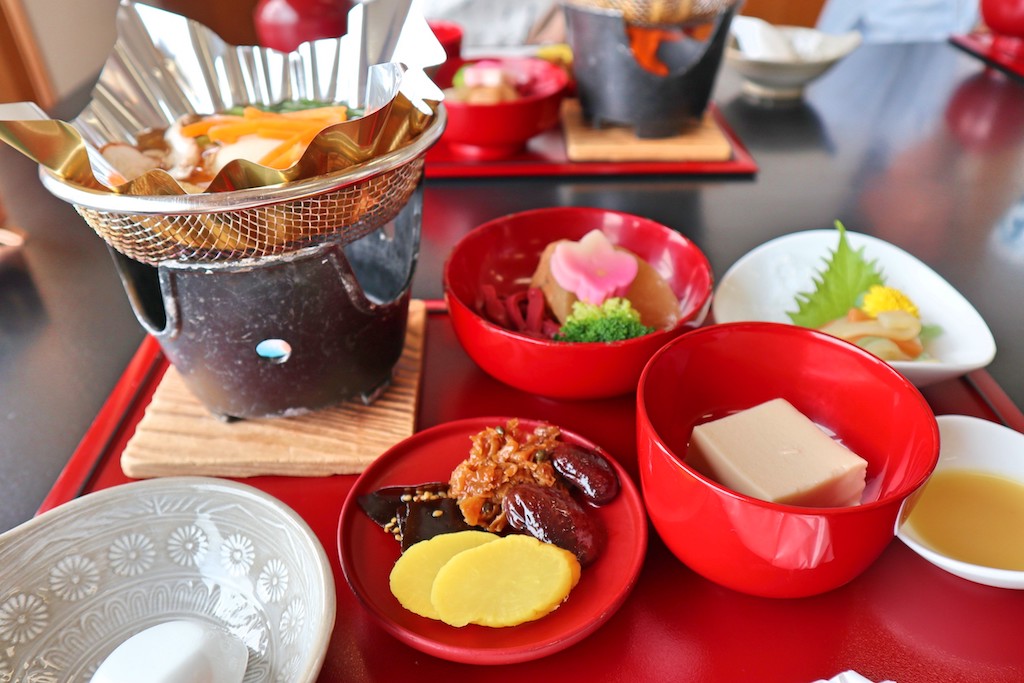 If you are okay with fishy flavor, the most well-known mixed dashi, [kombu + bonito] should be your choice! This is Japanese traditional style and you can feel great umami with it.

If you like chicken or beef, maybe you should make broth with those meat and some vegetables such as onion and carrot.

There are actually a lot of choices to take dashi of glutamic acid, so it’ll be fun to make umami taste using different kinds of vegetables.

Please refer to the following site to check what food is containing umami substance.