What Is Aonori Flakes?

It’s made by drying and powdering aonori which is a type of seaweed.
Aonori can be eaten raw if it is fresh, but normally dried and powdered aonori flakes are widely used in Japan.

By the way, the word “seaweed” covers a lot of types of Japanese foods as followings:

The taste and appearance of aonori are totally different from other types of seaweed. But the most similar one is “nori”.
Nori is black in color, and usually made into a large square. Aonori, on the other hand, green in color, and are generally processed into flakes.

Both of them can be used as topping for various dishes, but aonori has much stronger flavor than nori and is very suitable for the topping. Nori is used mainly for rolling sushi or rice balls (onigiri).

What’s the Difference Between Aonori and Aosa? 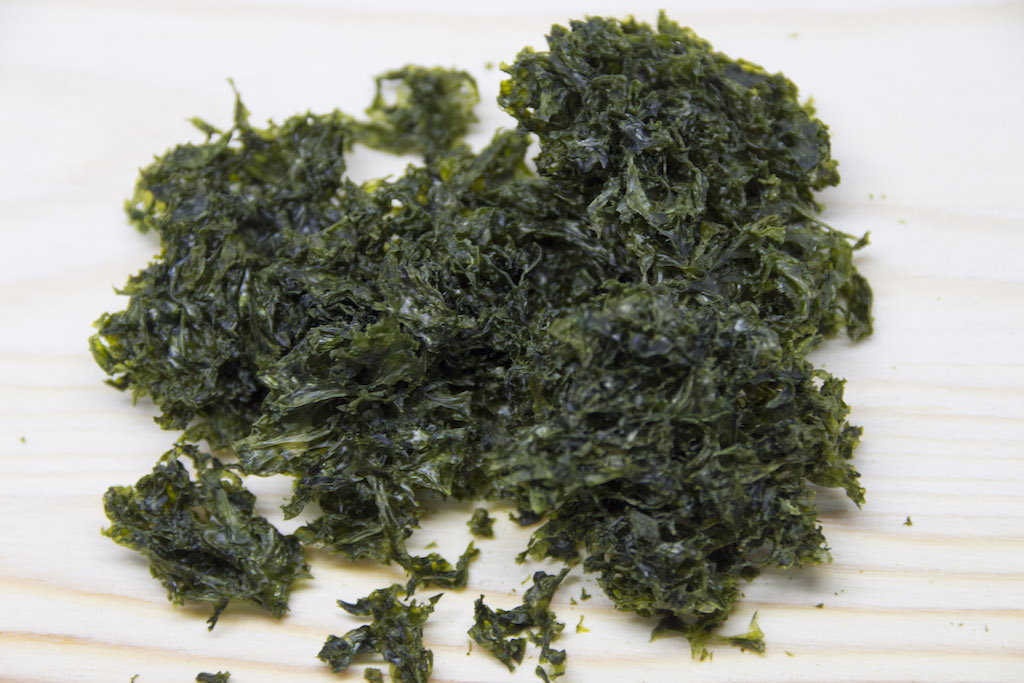 There is a very similar food called “Aosa” which is also a type of seaweed. Both aonori and aosa are actually belong to the same genus, “the genus Aosa”.
Although they have a different name, their appearance, taste, and use are almost the same.

When you see the nutrition facts on the package of aonori flakes (dried green laver), you will see “aonori” or “aosa” as a main material. Sometimes both of them are used. 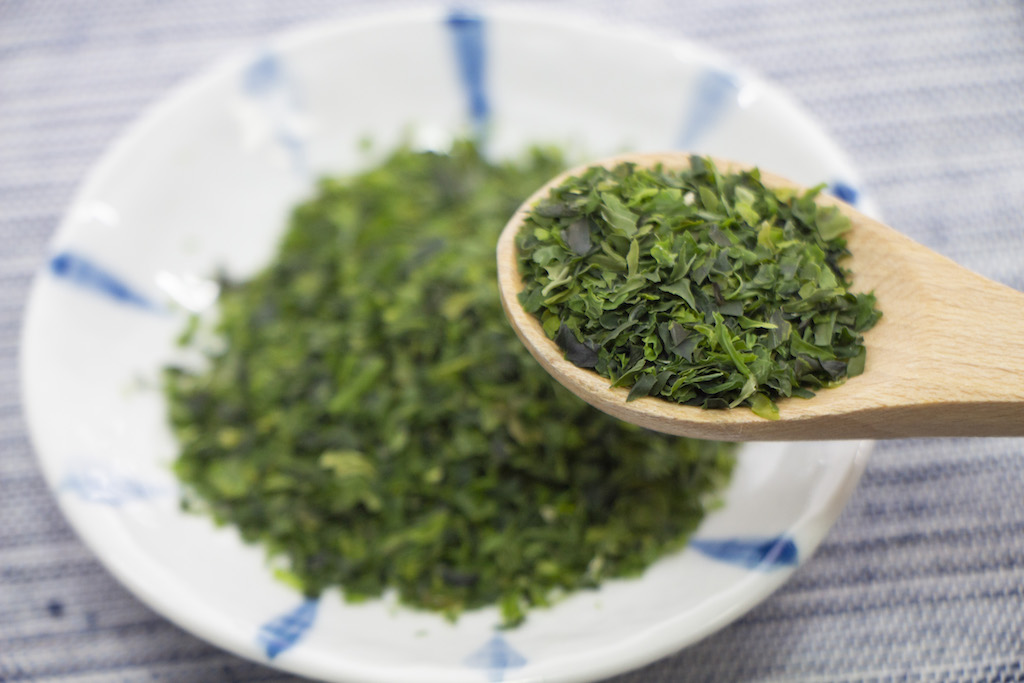 Aonori flakes are pretty fine shape, so you don’t really feel texture in your mouth. But the flavor is considerably strong and great. Unlike typical seaweed, aonori doesn’t have unique fishy smell of seaweed. It has savory smell that makes you hungry.

How Is Aonori Flakes Used?

Aonori flakes are often used as topping for dishes with Japanese Worcestershire sauce, for example, yakisoba, takoyaki, and okonomiyaki. It can not only improve the color coordination of the dish with bright green color, but also add great flavor to the dish. 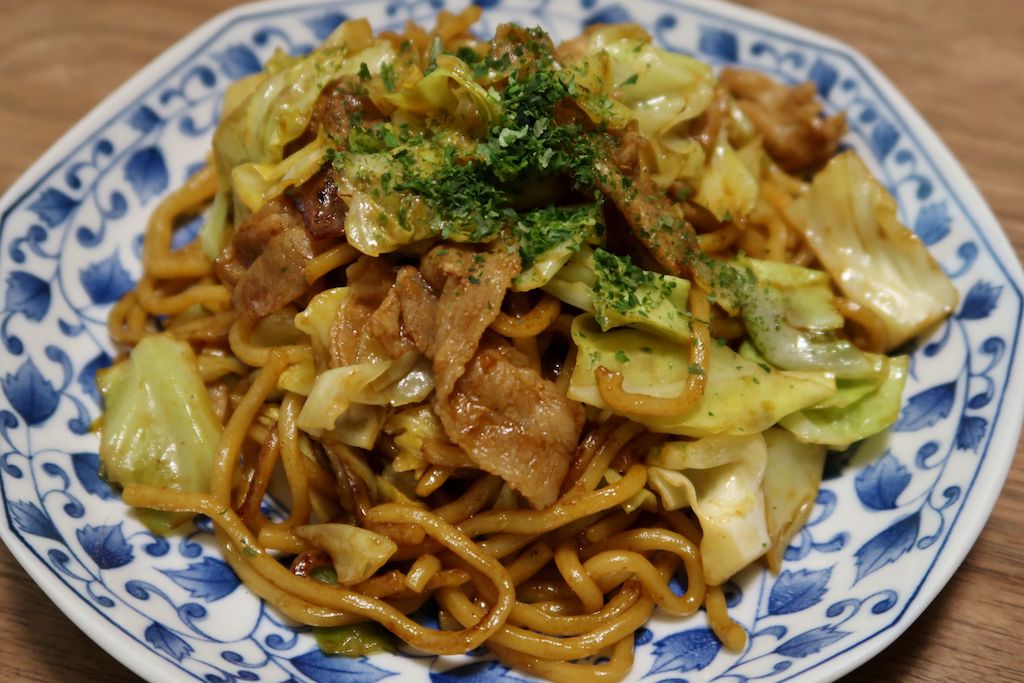 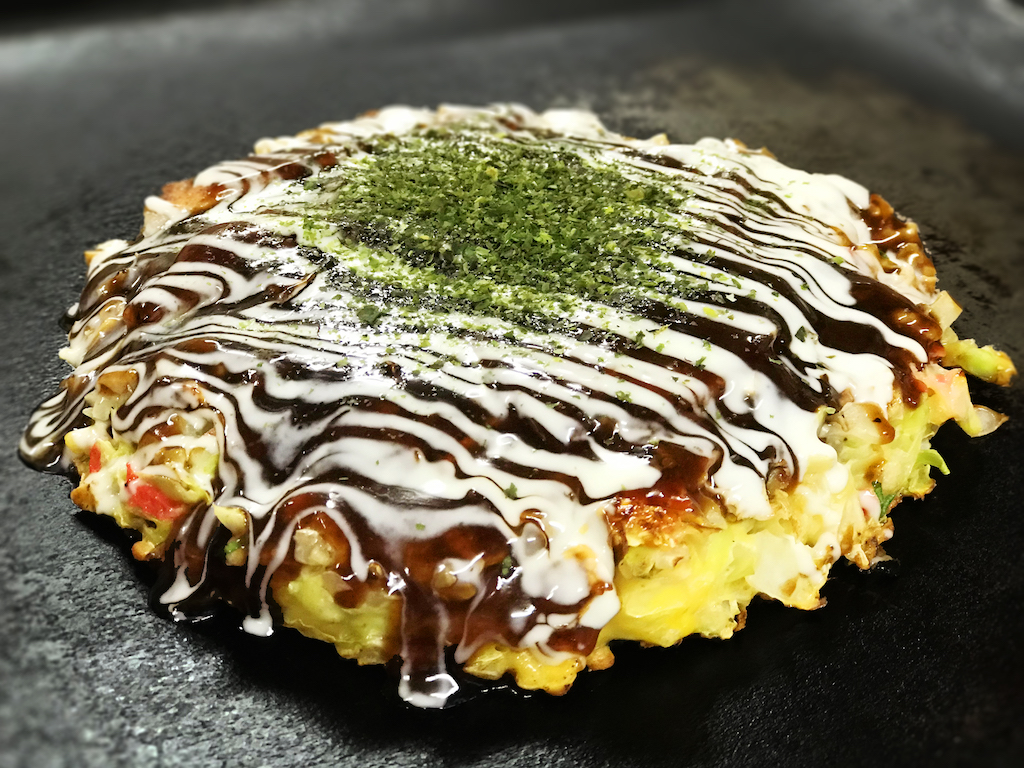 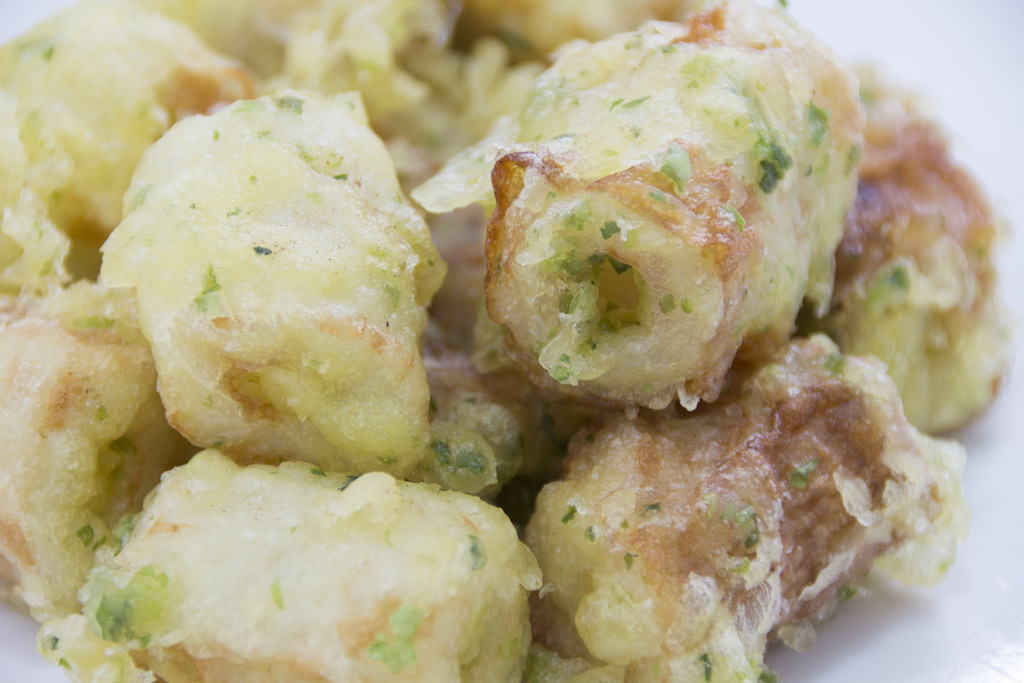 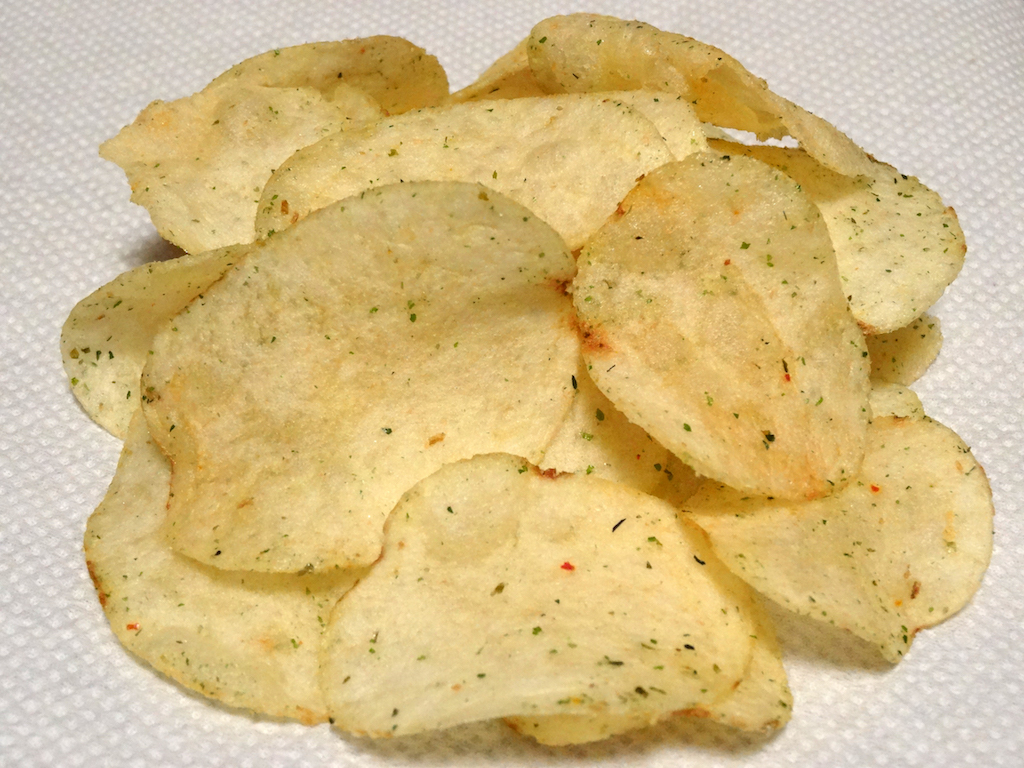 Used for Ingredient in Rice Ball

The mixture of aonori, tenkasu (crunchy bits of fried batter left after cooking tempura), and soy sauce / mentsuyu can be extremely delicious ingredient for rice ball. 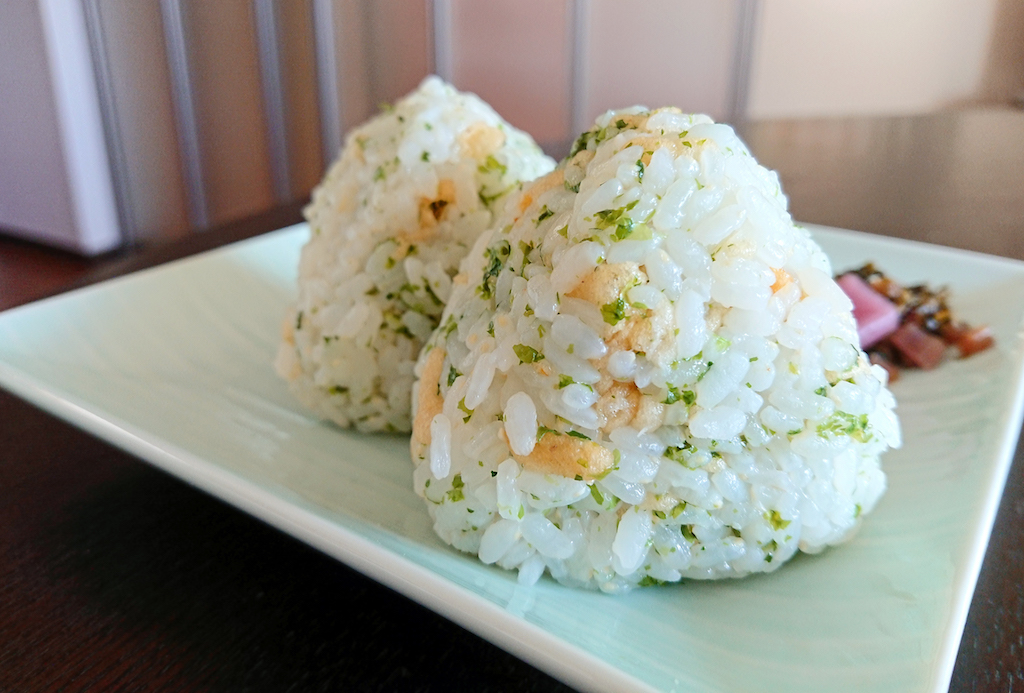 By the way, there are some aonori or aosa that is not flakes but dried with a little shape left. Those aonori and aosa are sometimes used as ingredients for miso soup or tempura. 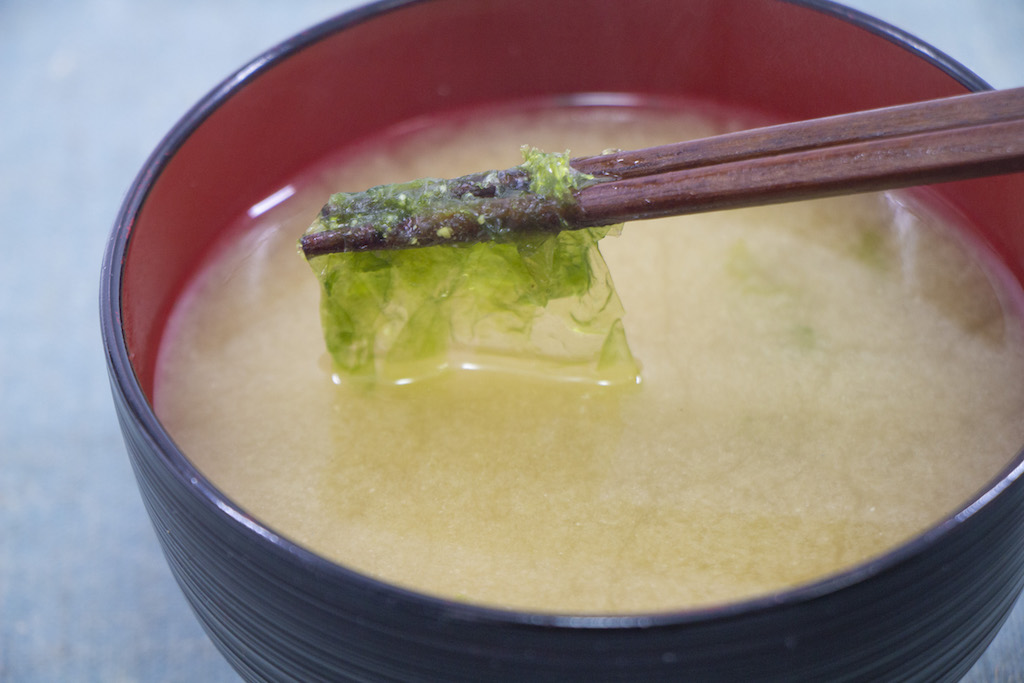 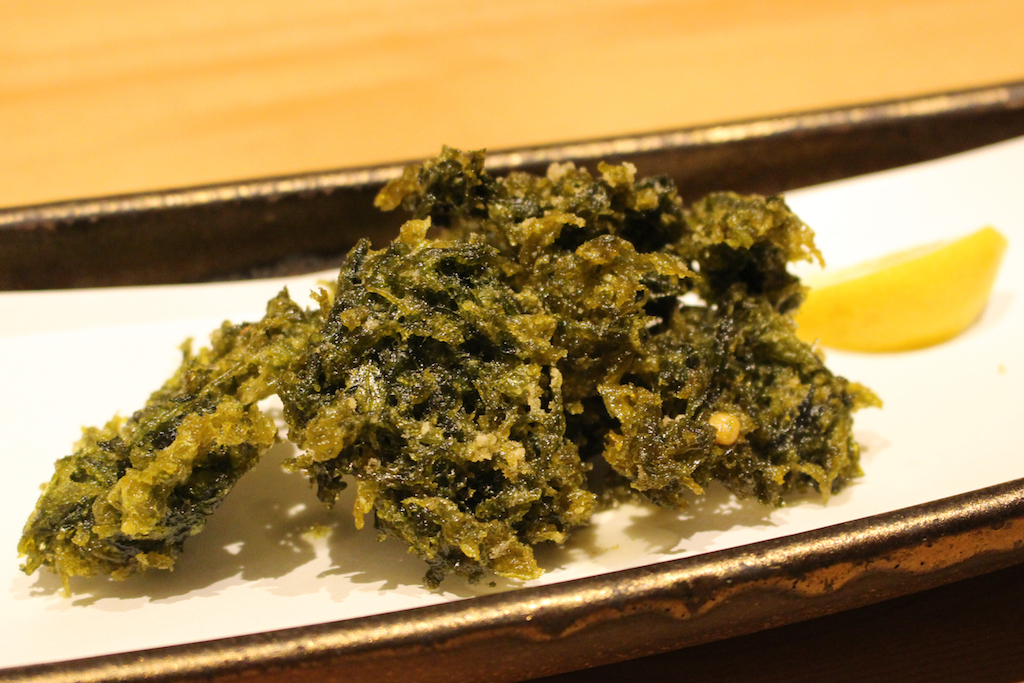 Below you will find the nutrition information for a 3.5 oz (100g) of dried aonori:

What Are the Benefits of Eating Aonori

Beta-carotene contained in aonori could be the substitute for the lack of Vitamin A, and you can expect that it works for maintaining healthy skin, eyes and mucous membranes.

What Can I Use Instead of Aonori Flakes?