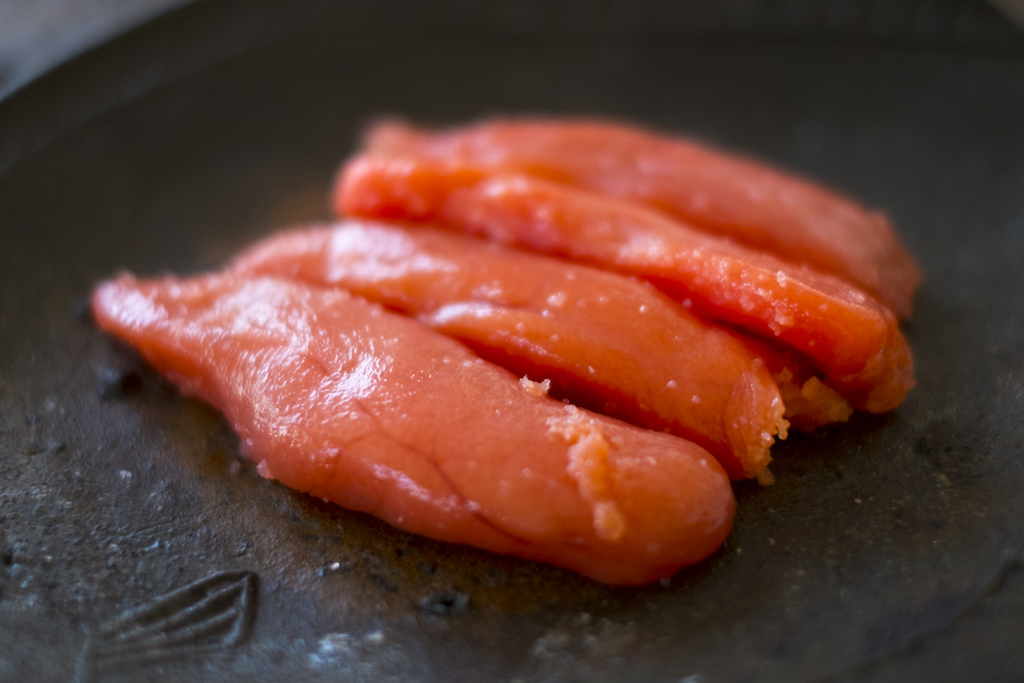 Cod roe refers to the ovary (roe) of cod. Generally it’s not the roe of Pacific cod, but Alaska pollock, and made by salting the ovaries.
The main production areas in Japan are Hokkaido. 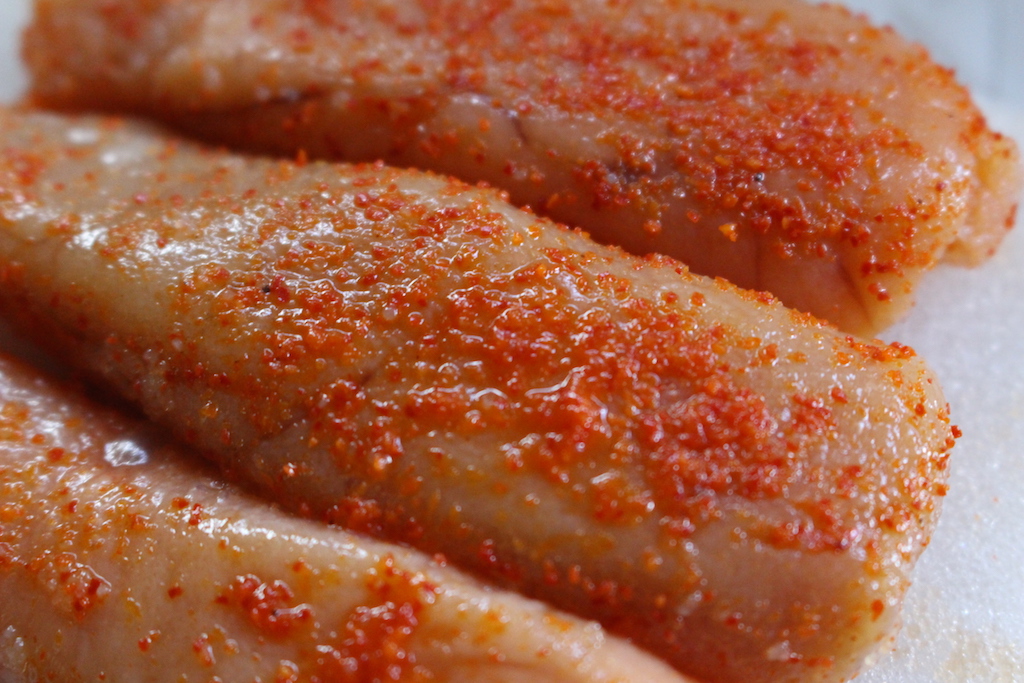 Cod roe marinated in a liquid containing salt, red peppers, and other seasonings.
The similar product in Korea normally contains garlic in the liquid, but Japanese one doesn’t.

In Japan, spicy cod roe has been recognized as a specialty of Kyushu region, especially Fukuoka prefecture.

By the way, although spicy cod roe are produced mostly at processing plants in Fukuoka, Japan, the fish are often purchased from Alaska or Russia.

What Is Mentaiko in Japan?

However, since spicy cod roe as a specialty of Fukuoka prefecture has become really popular nationally, “明太子 Mentaiko” is recognized as spicy cod roe in Japan lately.

It has distinctive smell of fish, but it’s not so strong because cod roe has been usually marinated in sauce contains salt, red peppers, or other seasonings.
The unique taste of it is salty, so it matches so well with rice, pasta, or ingredients for various kinds of appetizer.
Also, the texture of cod roe is the granular coarseness, and you can feel kind of like crispy feeling from it.

How Is Cod Roe Used?

Normally both of cod roe and spicy cod roe can be used in the same way.
Those are typical dishes Japanese people usually make with cod roe or spicy cod roe. 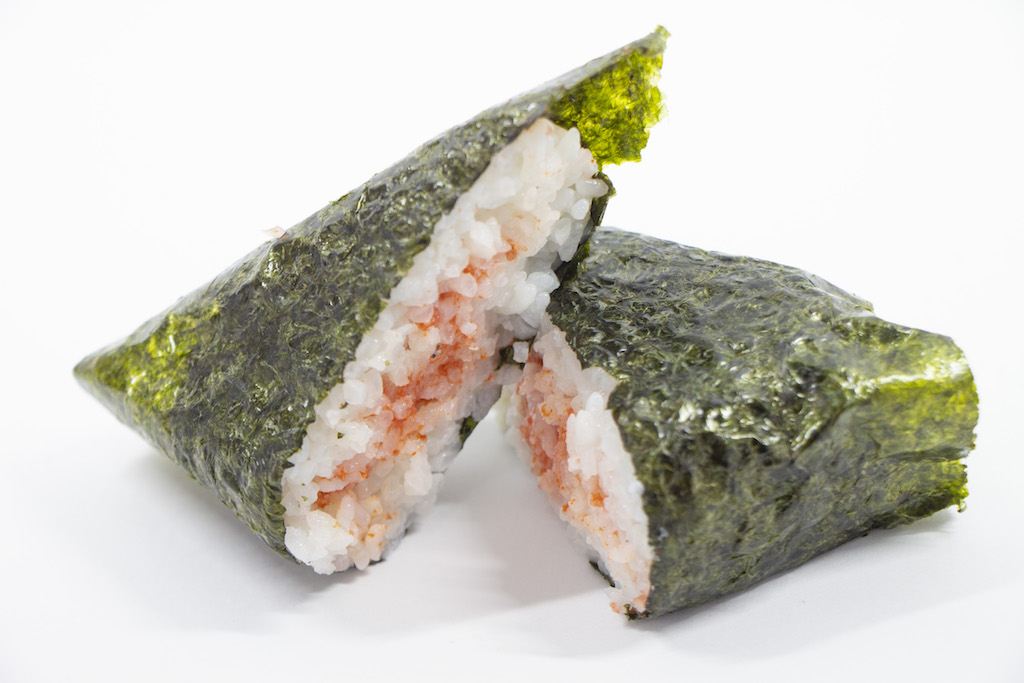 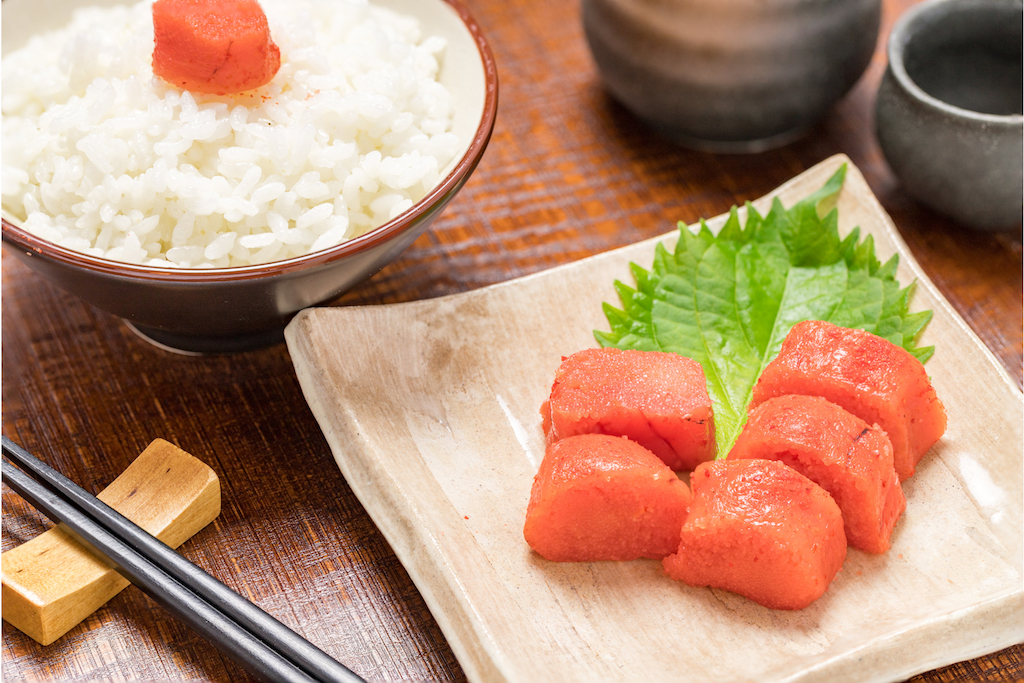 Putting a piece of cod roe in white rice ball. We also eat it with just a rice bowl too. 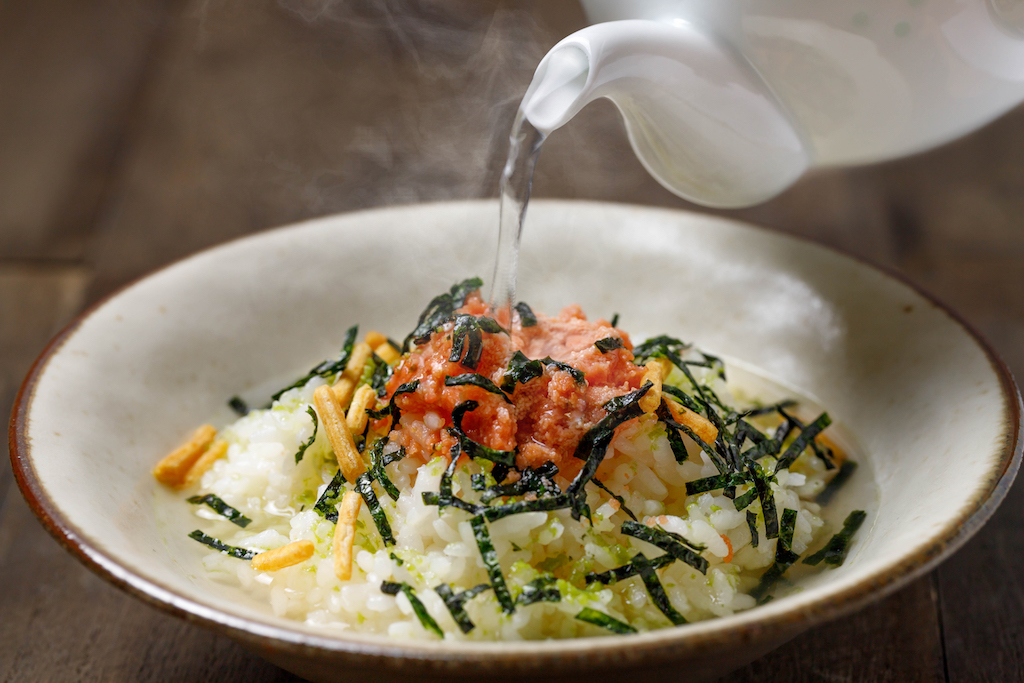 Chazuke (Ochazuke) is rice with tea poured on it. Usually we eat it with favorite ingredients such as pickled plum and salmon. And cod roe or spicy cod roe are one of the option too. 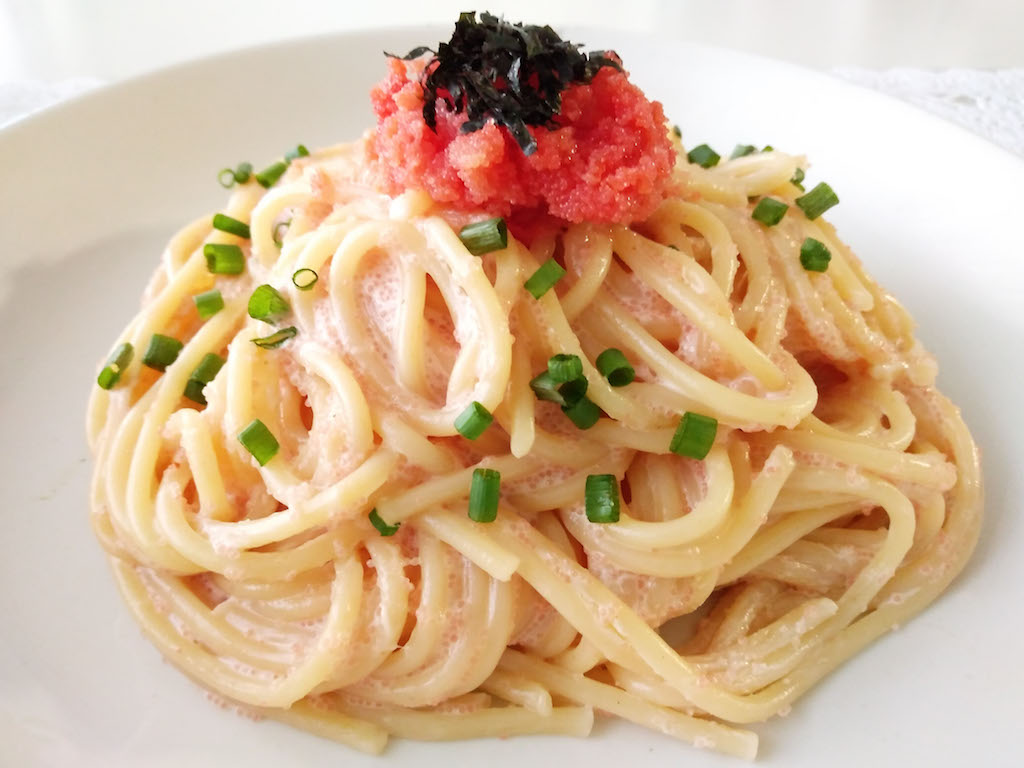 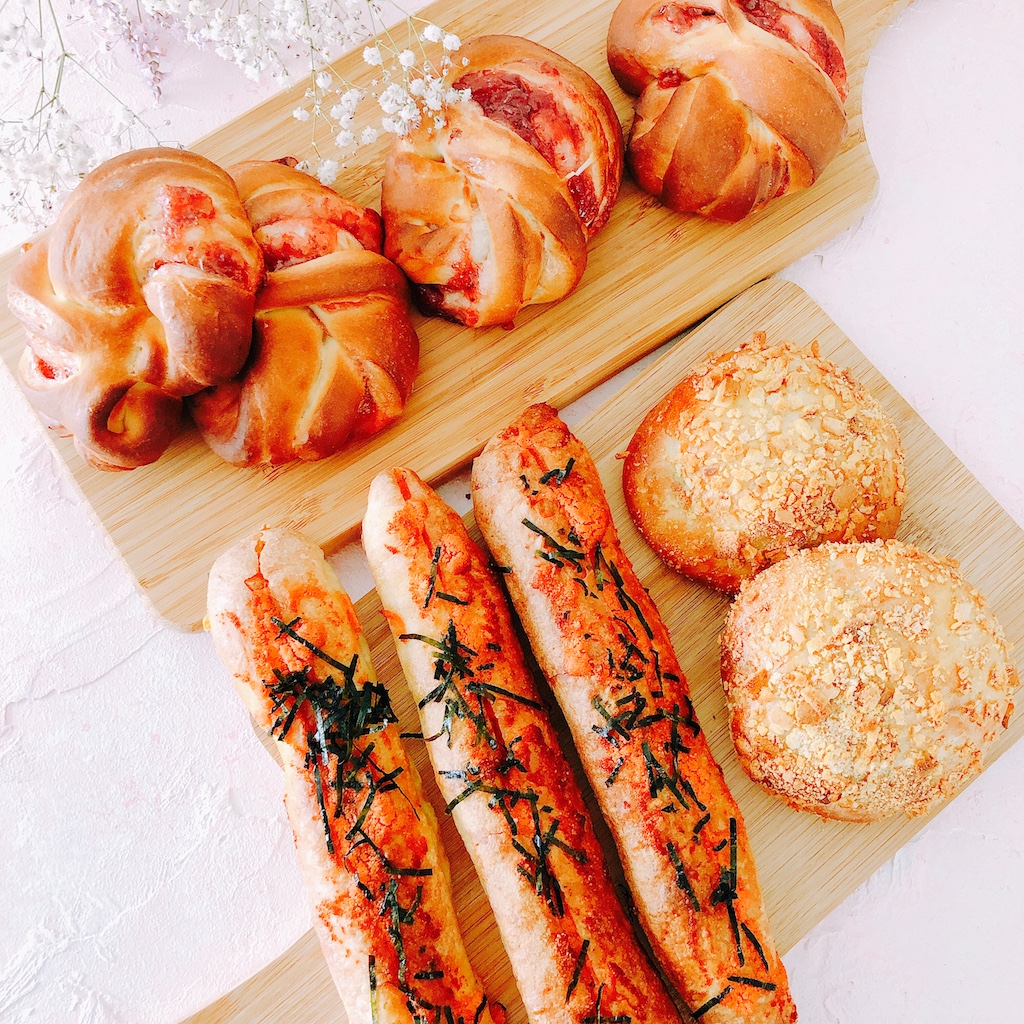 Bread or baguette topped with cod roe sauce. The sauce is usually made with butter and mayonnaise. 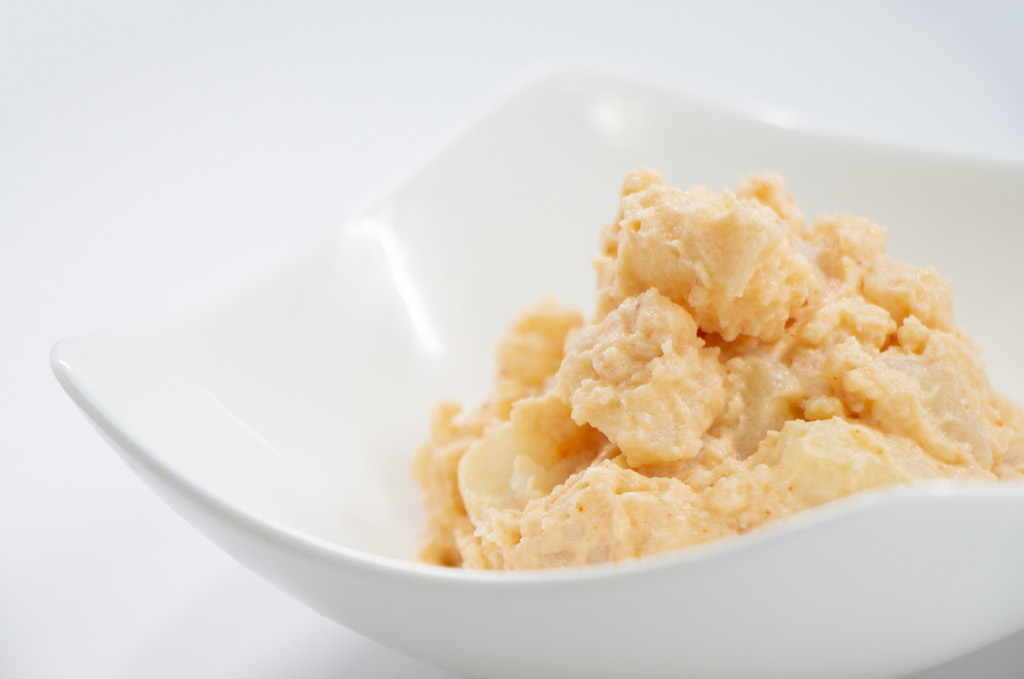 It’s often called Taramo-salad in Japan, and made by mixing cod roe, mashed potatoes, and mayonnaise. 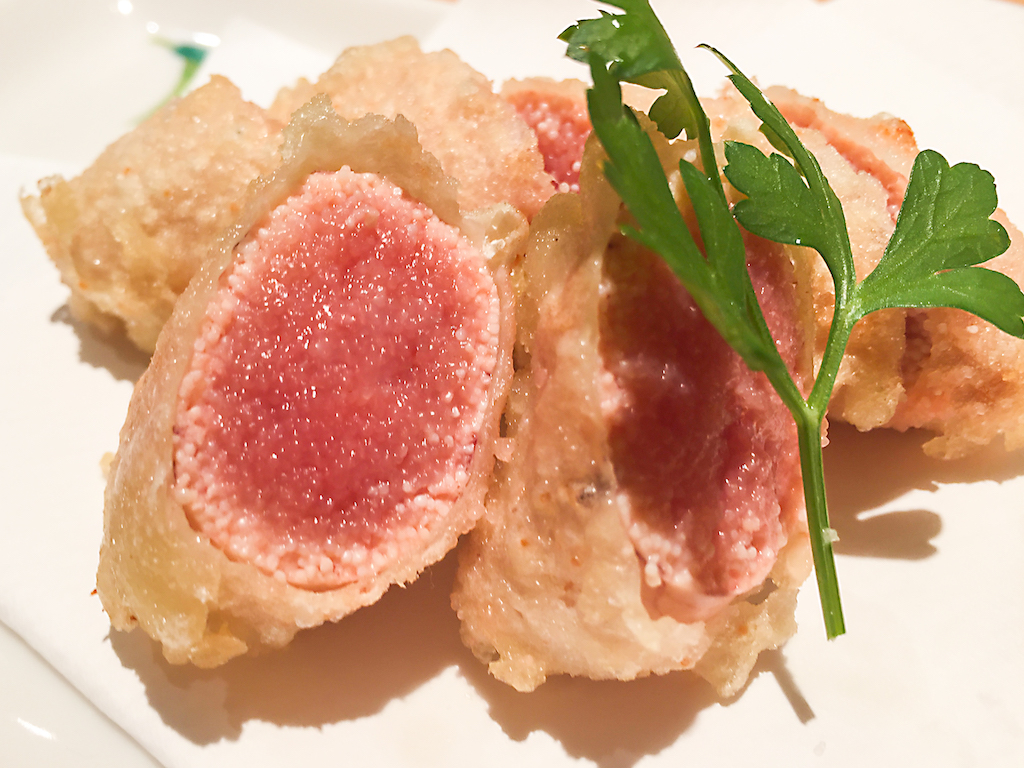 Tempura is seafood or vegetables that have been covered in batter and fried in oil. Cod roe can be the material for tempura too.

Shirataki (noodles made from konnyaku) with Cod Roe 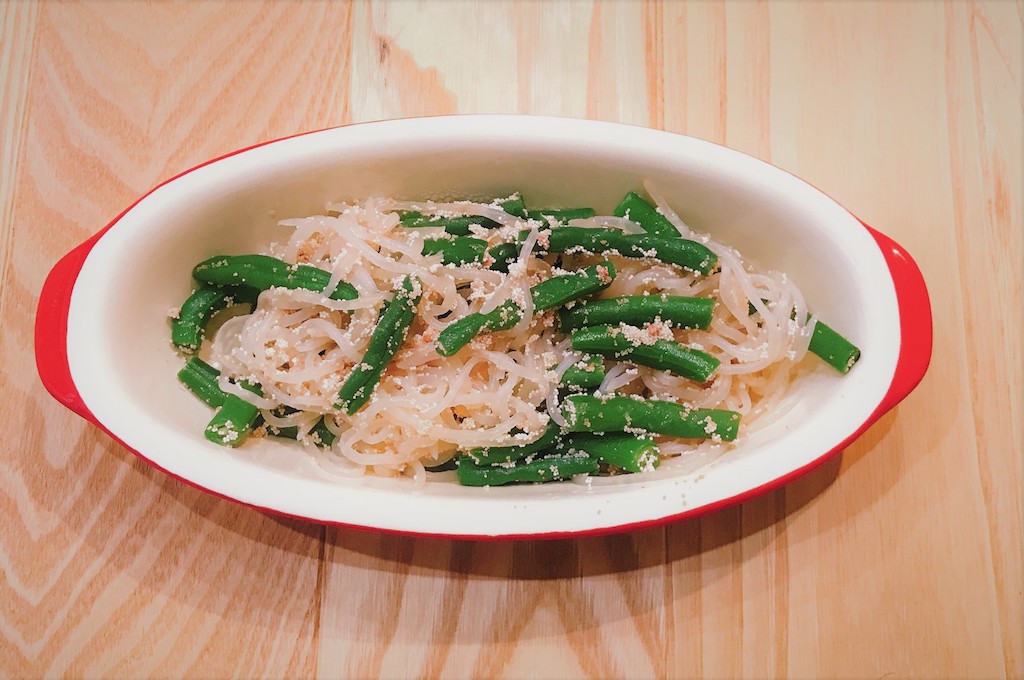 It’s kind of like appetizer, and made by stir-frying shirataki noodles and mixing it with cod roe, soy sauce, and sake.
Putting green beans or other vegetables together is a option.

Below you will find the nutrition information for a 3.5 oz (100g) of cod roe:

What Are the Benefits of Eating Cod Roe? 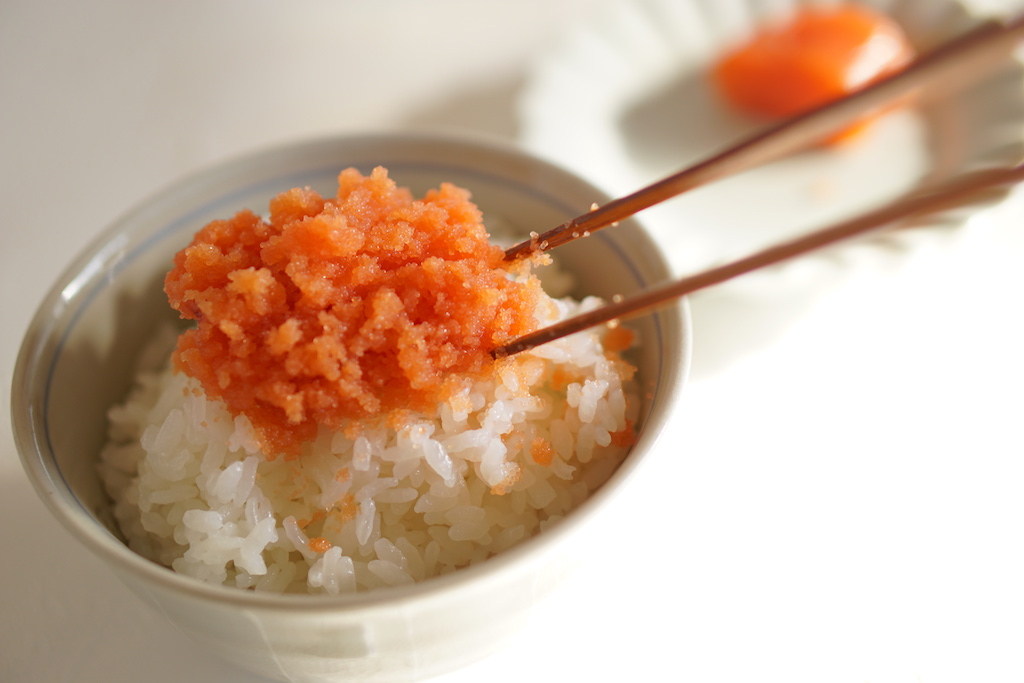 Cod roe contains nutrients abundantly, for example, vitamin E, taurine, and protein.
It is said that vitamin E could promotes hormone secretion and metabolism, and is effective for PMS.

Taurine, one kind of amino acid could reduce bad cholesterol and increase good cholesterol, therefore you could expect preventing lifestyle-related diseases such as arteriosclerosis and effect that strengthens liver function.

Can You Eat Cod Roe Raw?

Yes, you can eat cod roe raw. It’s totally fine as long as your cod roe (spicy cod roe) is fresh.
Eating both cod roe and spicy cod roe raw are very common in Japan. On the other hand, some people prefer to bake the surface of them slightly and eat.

Personally speaking, I like to eat them raw because I can feel taste, flavor, and texture better in that way.

However, it’s said that pregnant women need to avoid raw cod roe due to food poisoning just in case. So pregnant women should cook them completely before eating. 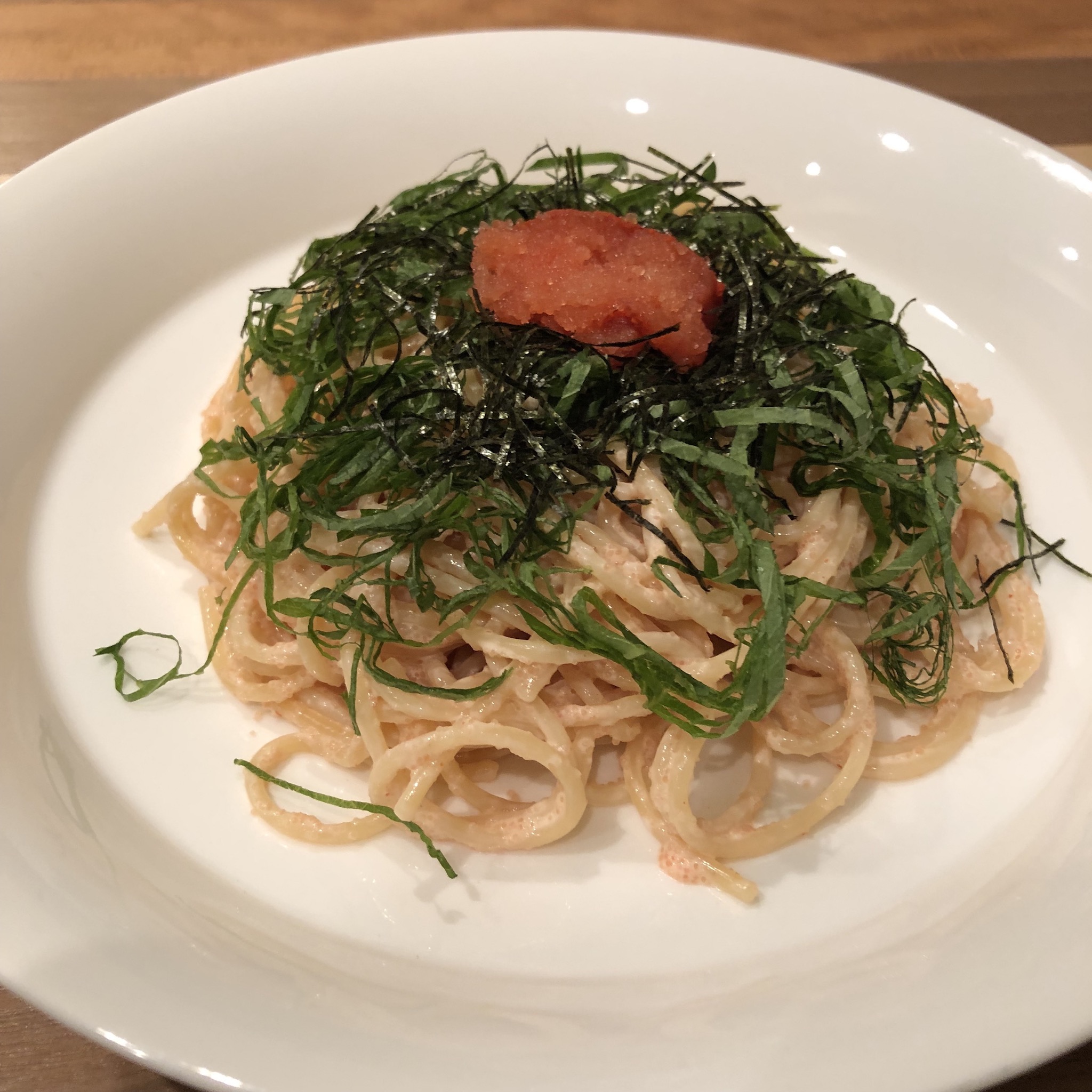 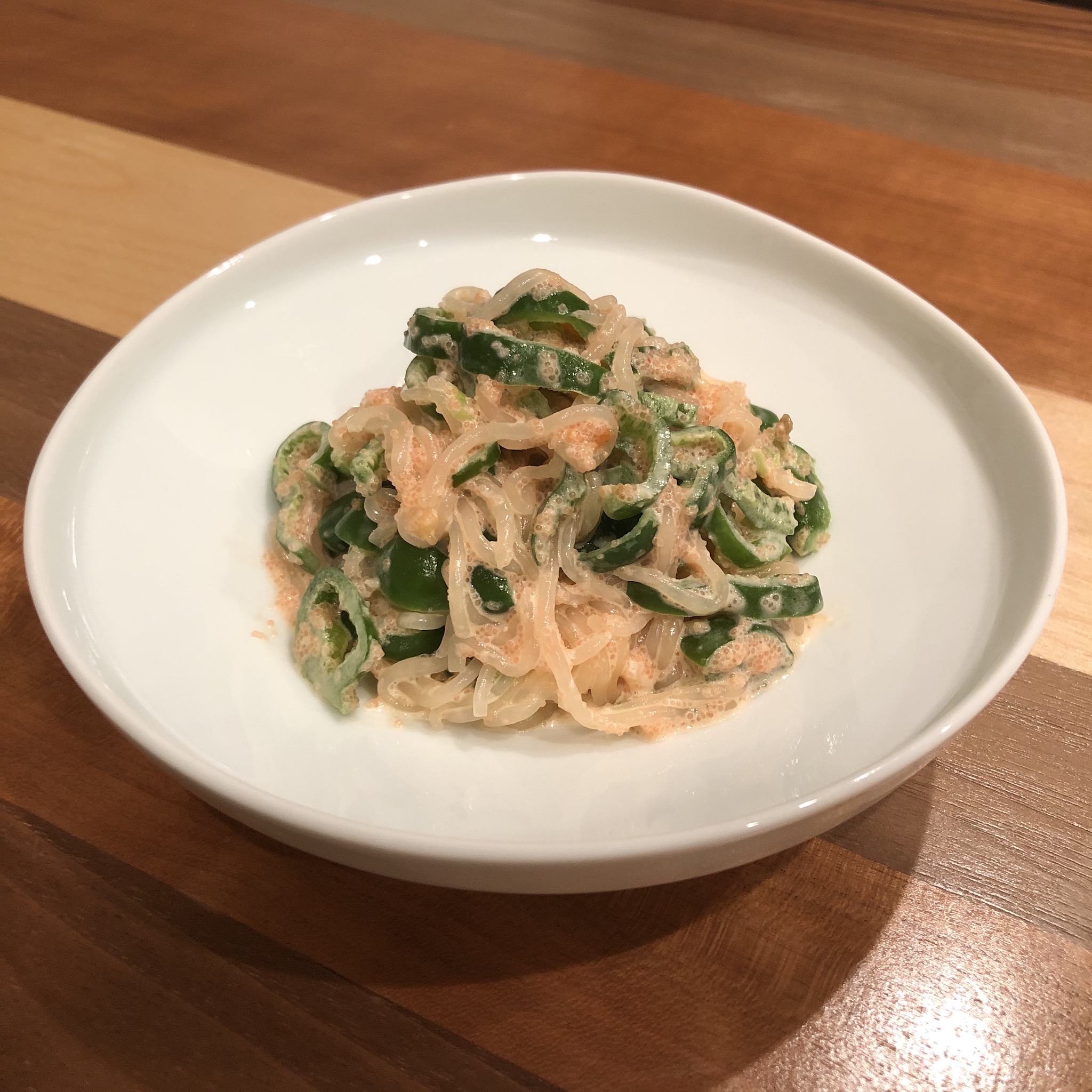 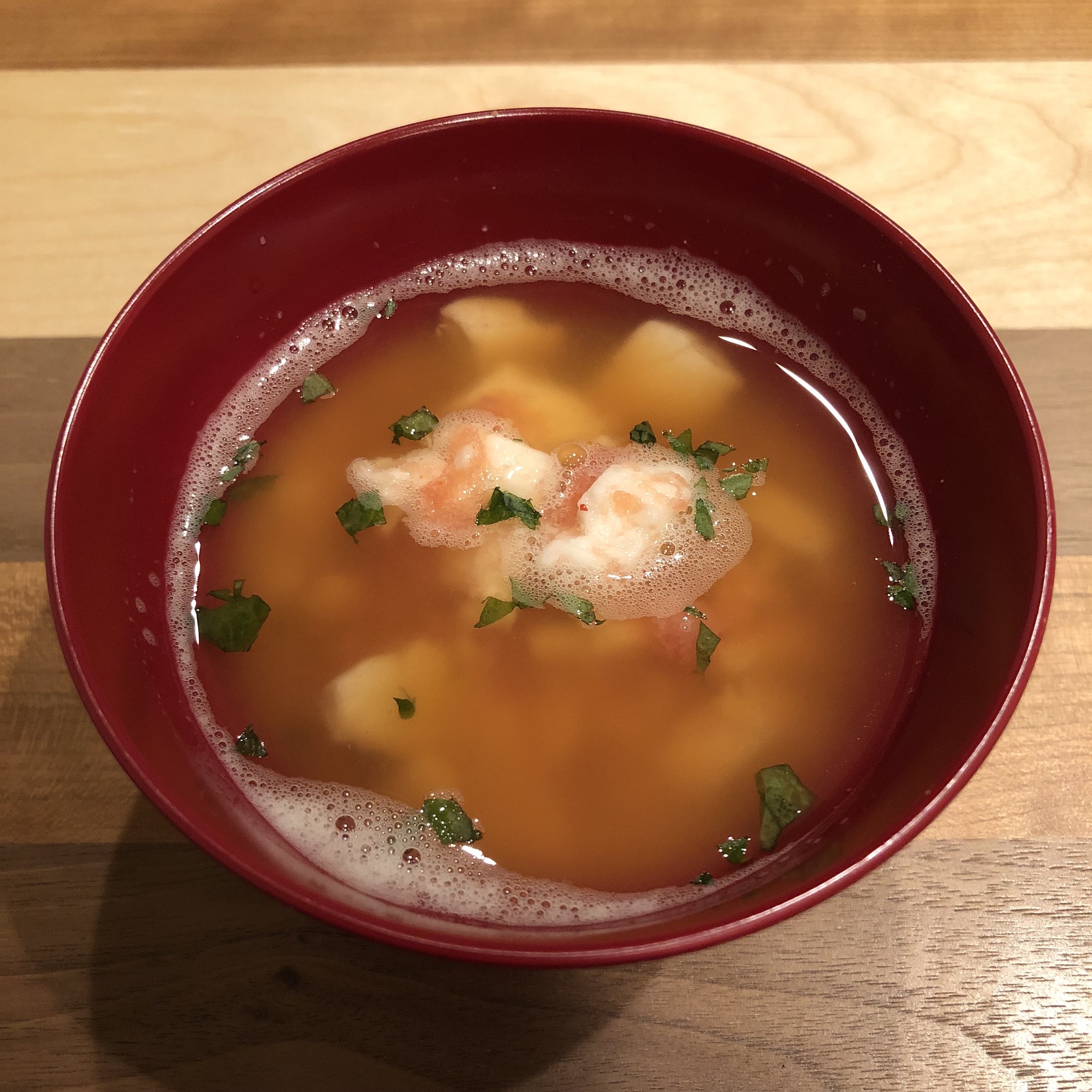