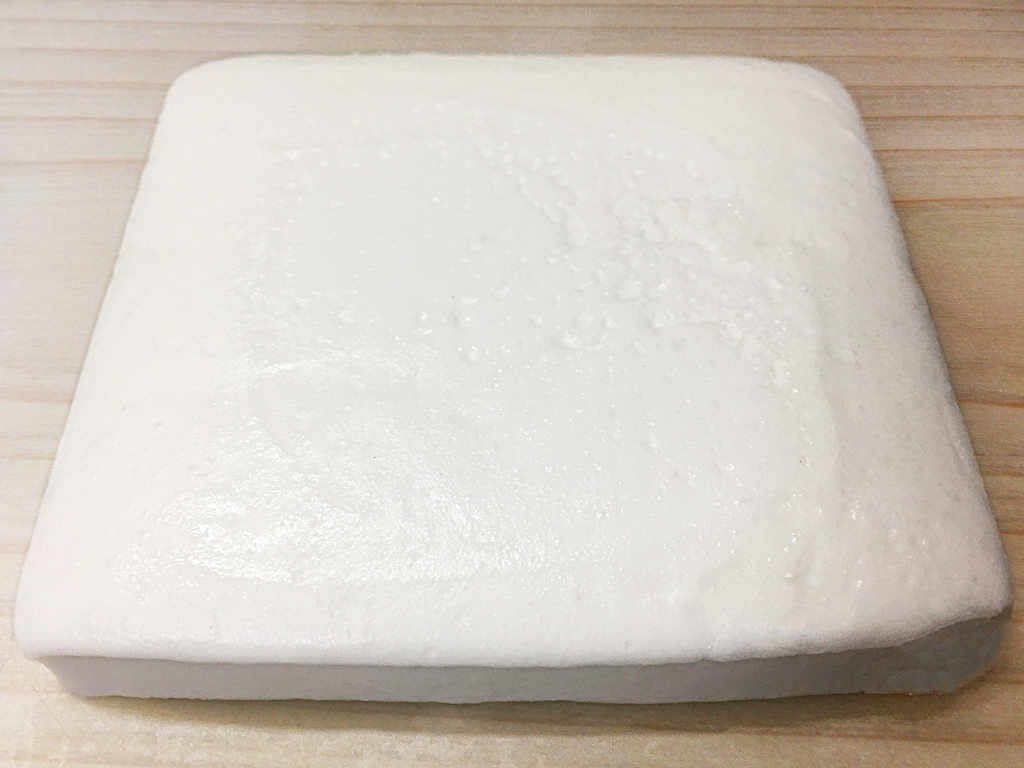 It is one of the boiled fish-paste products. Hanpen is produced by boiling a fish paste mixture containing fish paste, albumen, yam, salt, and other seasonings. Raw materials for the fish paste are usually some of the followings: walleye pollack, blue shark, mako shark, and thresher shark.
Hanpen has been eaten often since the Edo period especially in Kanto region (around Tokyo area). 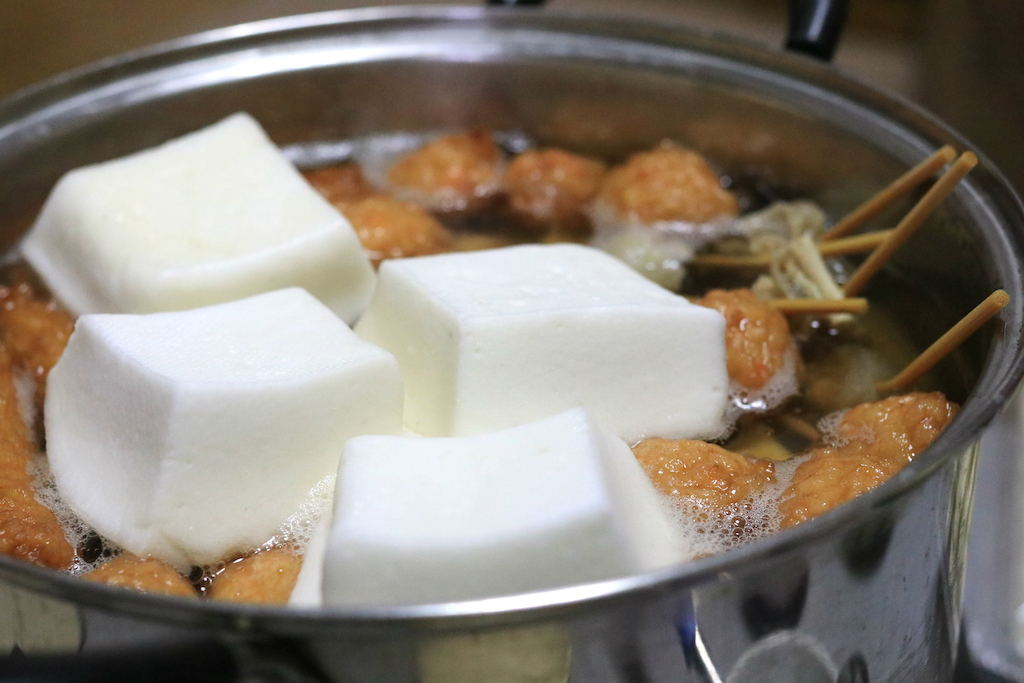 It has fluffy and very smooth texture. You can feel fish flavor well. Hanpen in stews such as oden absorbs soup (broth) very well, so the taste of hanpen turns the taste of the soup.

Why Is Hanpen So Fluffy?

The key is the manufacturing method of hanpen which is similar to how to make ice cream.  In order to make hanpen so fluffy, a fish paste mixture has to be stirred while absorbing a lot of air. Also, it’s fluffy because it contains effervescent materials such as albumen and yam.

Why Is Hanpen White?

Hanpen is white not because it contains bleach or coloring matter but it has the process named “Mizu-sarashi” which means washing fish in water very well. By washing them carefully, fish blood and fat will wash off. Also, fish meat of white fish produces beautiful whiteness.

Is Hanpen High in Sodium?

Nutrition and Benefits of Hanpen

The great part of hanpen is that it’s highly digestive and absorptive food material. Plus, hanpen is low-fatty and rich in protein as a food. It is said that hanpen has as much protein as beef and eggs yet low calorie and low fat.

All of pictures posted above are uki-hanpen, and it’s originated in Kanto region. Speaking of hanpen, it means uki-hanpen for people in Kanto or Eastern Japan. (People generally call it just “hanpen” though.)
This is white in color, and square or dome-shaped. Very soft and fluffy texture. 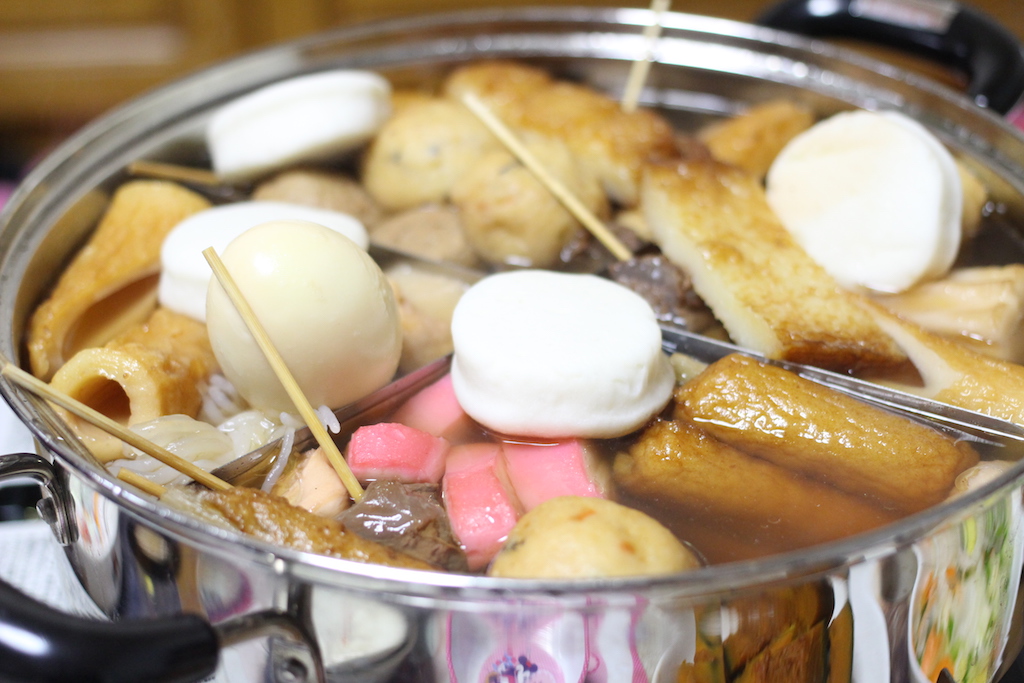 The name uki-hanpen comes from the manufacturing method. Uki-hanpen is produced by floating and boiling in hot water. “Uki” means “float” in Japanese. 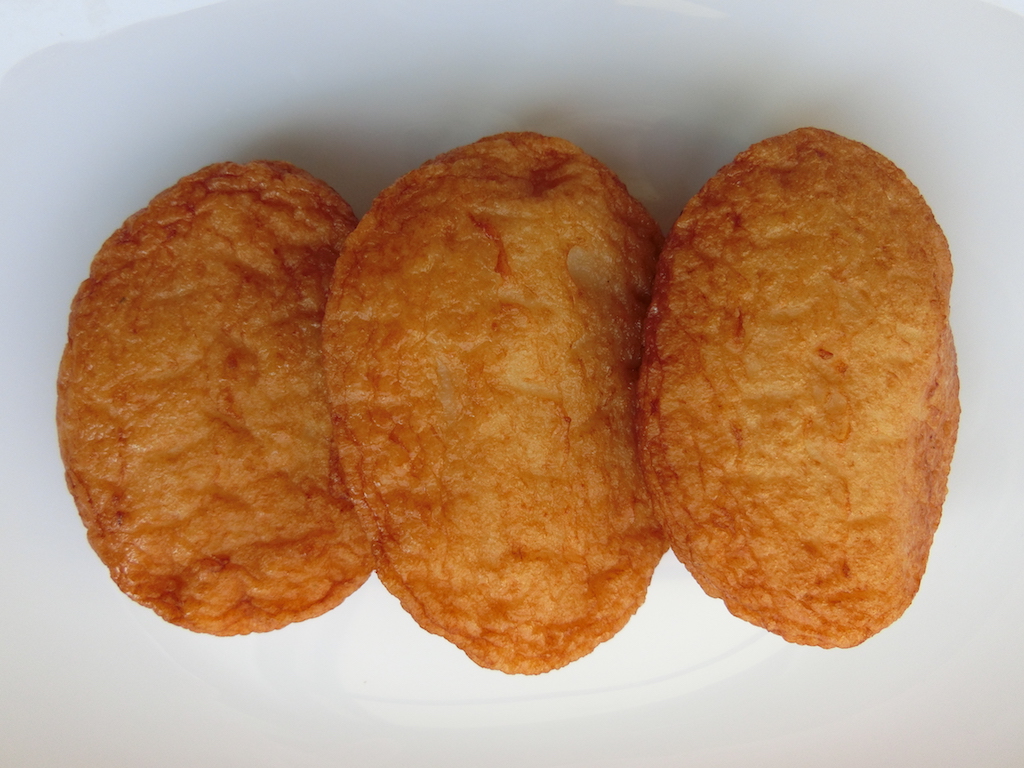 It’s deep-fried ball of fish paste. Although people in Eastern Japan call it “satsuma-age”, people in Western Japan tend to call it “hanpen” or “tempura”. 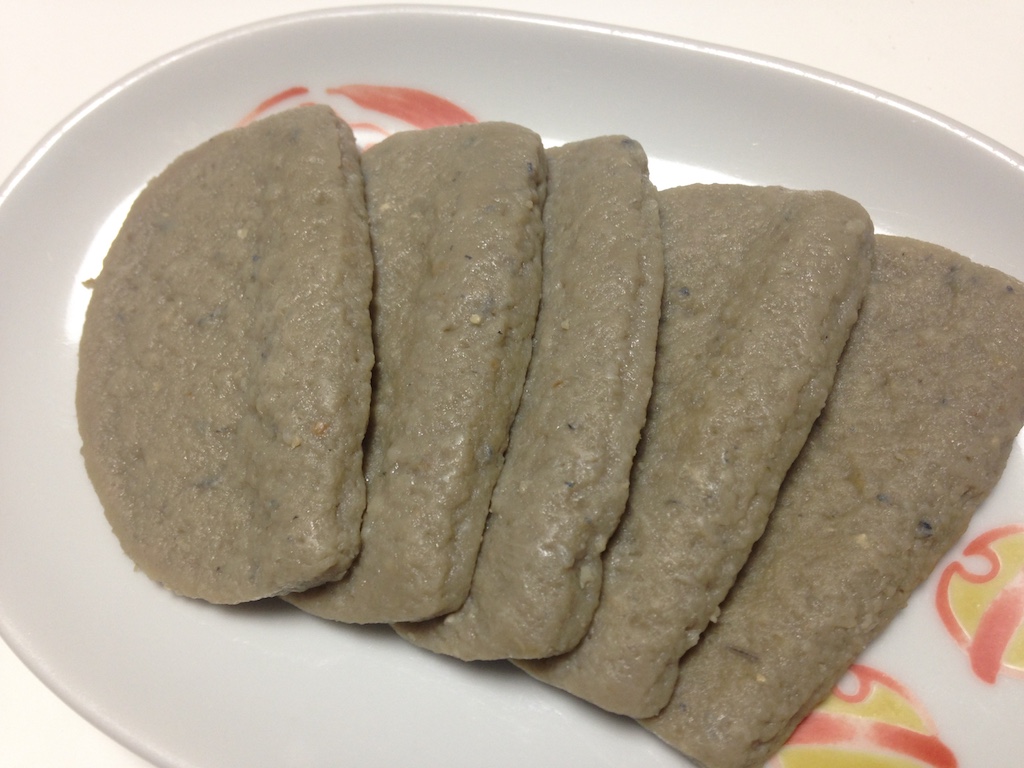 It’s a local specialty of Shizuoka prefecture or around this area. Because it uses sardines and mackerel as raw materials, the color is a little grayish. The texture is not as soft as uki-hanpen, and it has harder texture than that. The popular dish using black hanpen is Shizuoka oden. 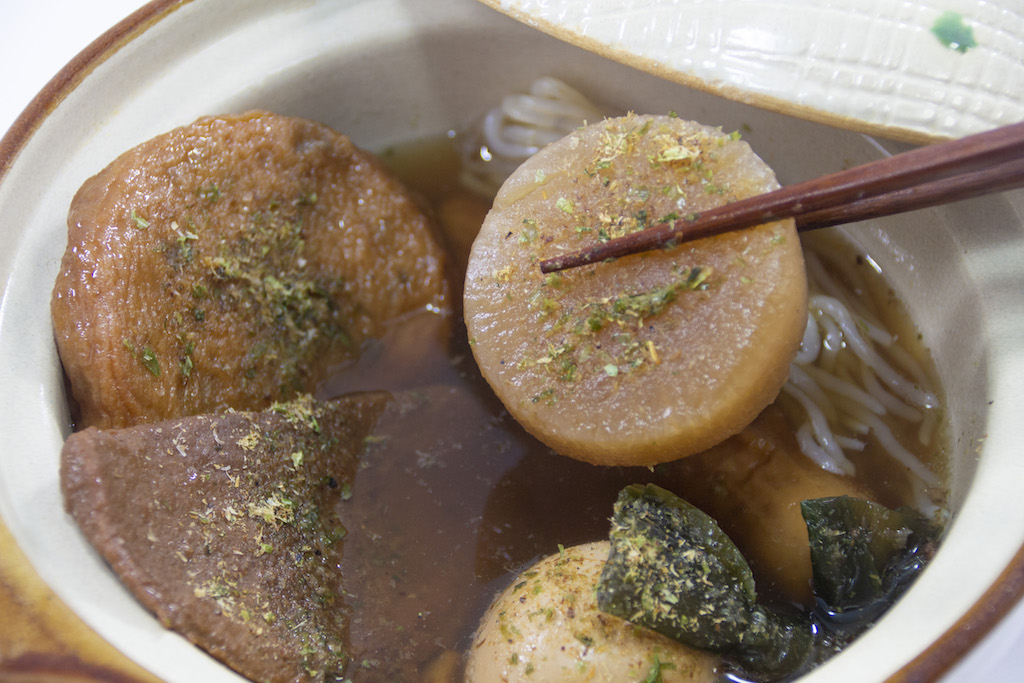 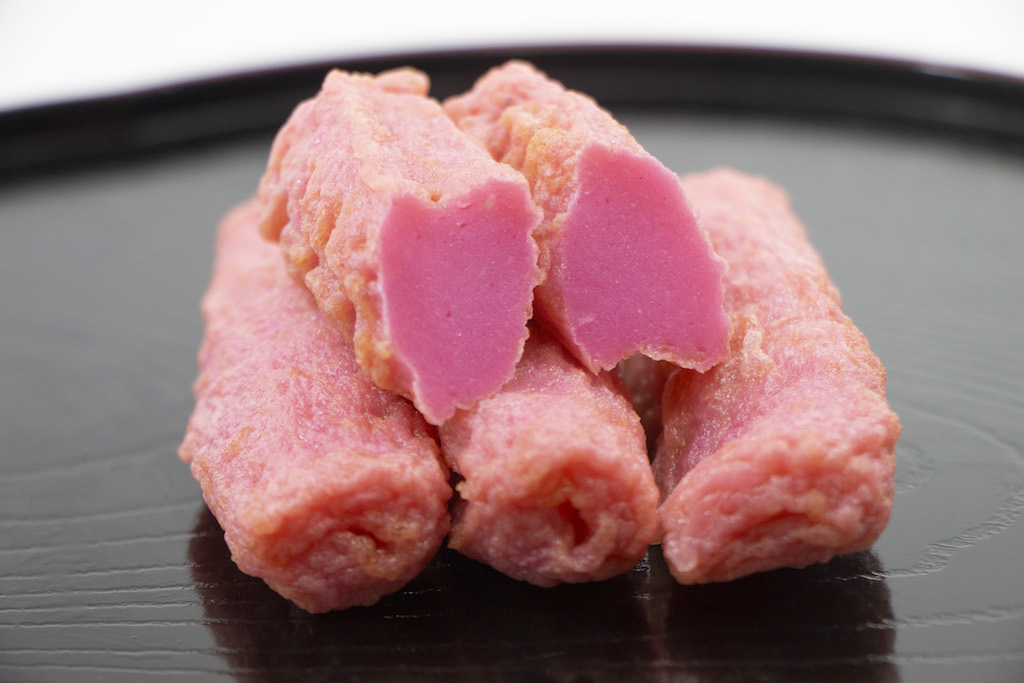 Hanpen that is eaten in Aichi prefecture is called “aka-bou” which literally means “red stick”, and as the name suggests, it’s pink in color. The texture and taste of aka-bou are similar to deep-fried ball of fish paste (satsuma-age for people in Eastern Japan). 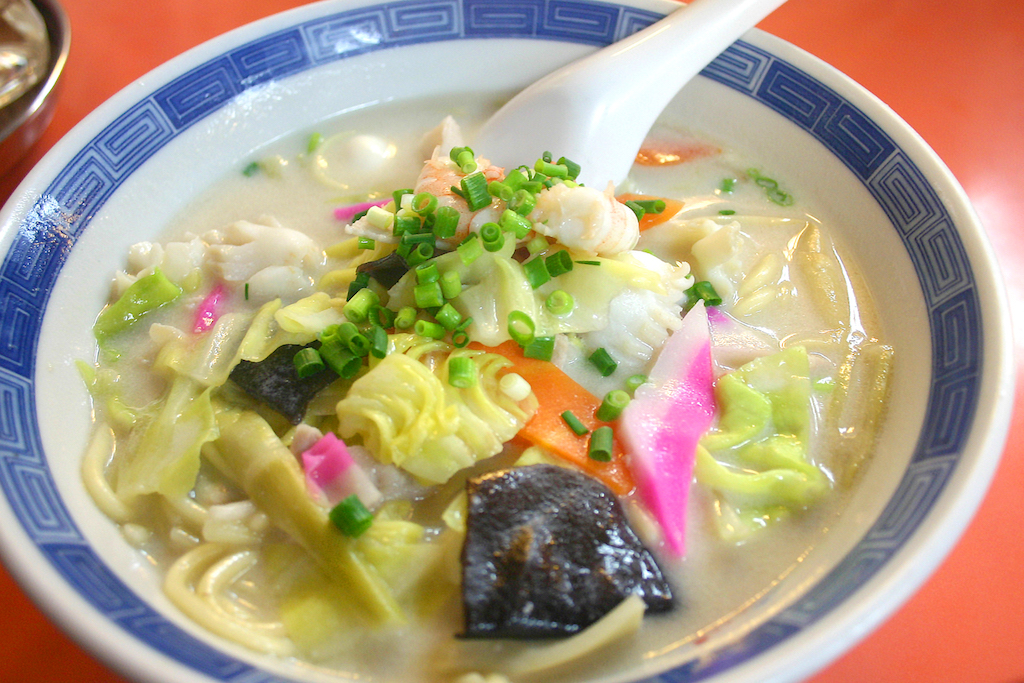 It’s a local specialty of Nagasaki prefecture. The feature of this is the color which is vivid green and pink (sometimes pink and white). The texture is more chewy than uki-hanpen, This type is usually recognized as “kamaboko” for people in Eastern Japan.
Nagasaki hapen is used often for a famous local food of Nagasaki which is called champon: noodle soup topped with a variety of ingredients such as seafood and vegetable.

How Is Hapen Used? 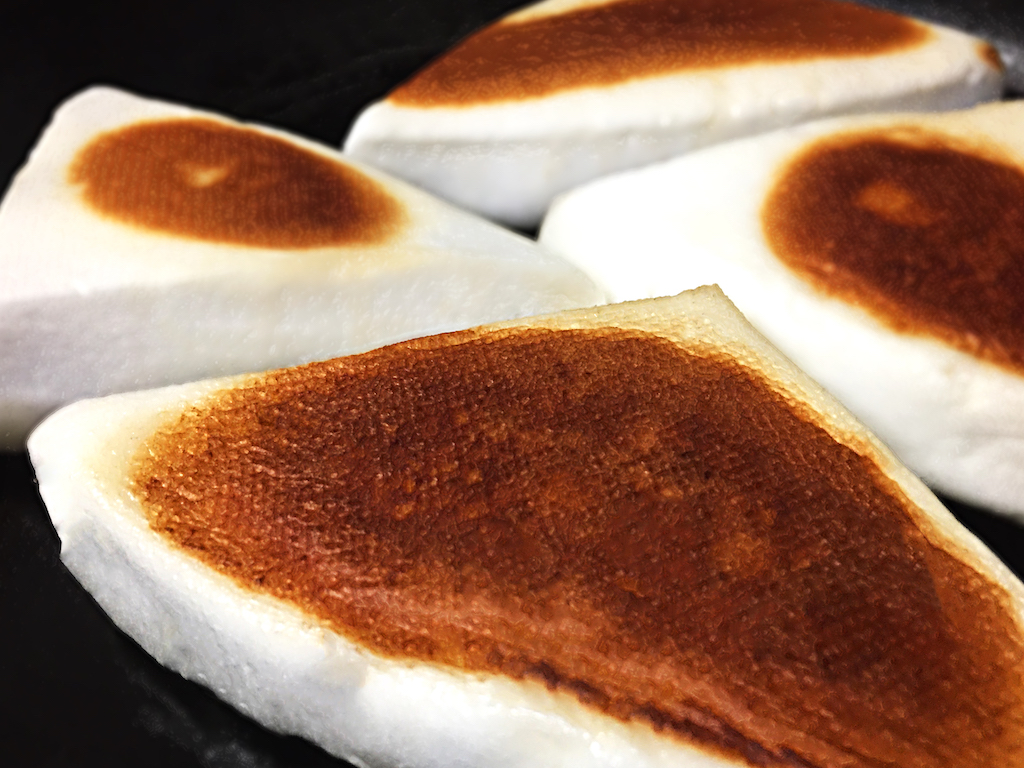 One of the most popular Japanese dish using hanpen is oden. Oden is stew that contains various types of fish cakes, boiled eggs, meat, and vegetables. Hanpen in oden absorbs the delicious broth very well, so it become even more fluffy and tastes perfect. 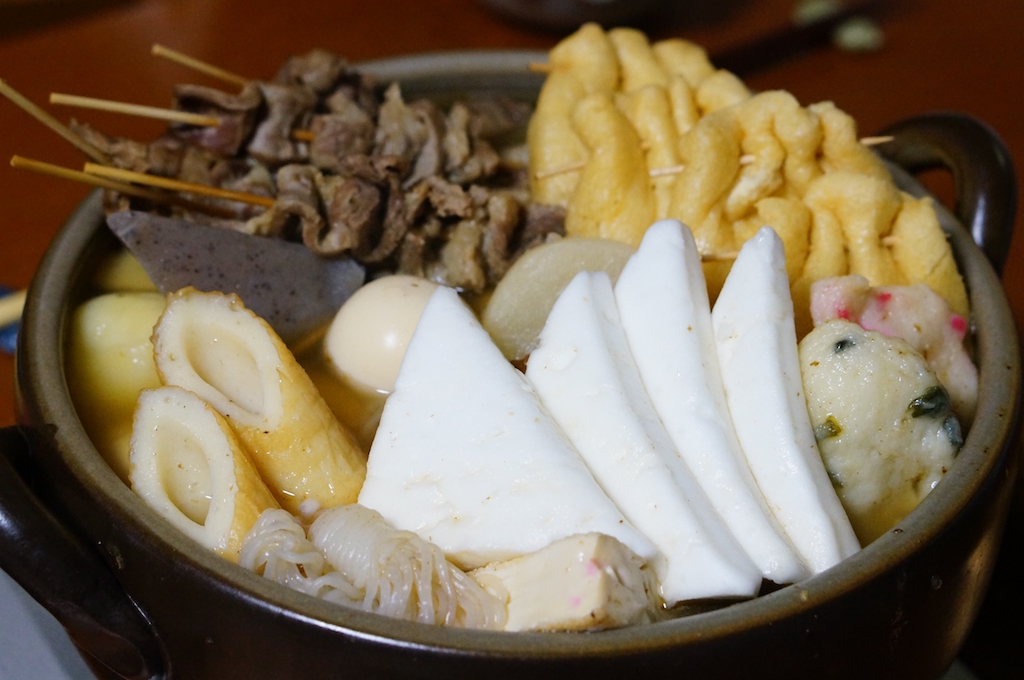 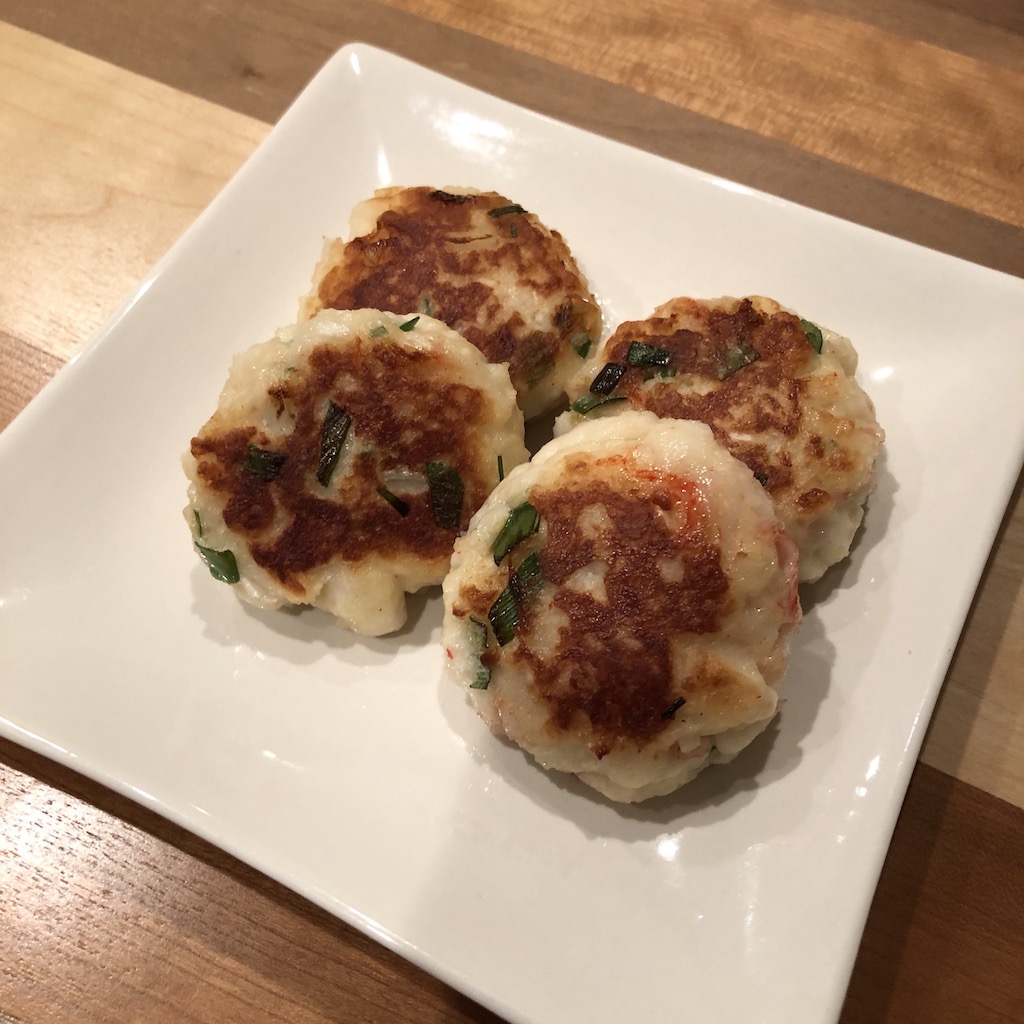 Fluffy Tofu & Hanpen Balls
Fluffy delicious balls are seriously the best appetizer. Miso actually improves hanpen taste even more delicious. I believe it has more light taste and is healthier than meat balls. By the way it’s absolutely fine to use soy sauce instead of miso.
GET THE RECIPE Baked Hanpen with Great Miso Sauce
Baked (grilled) hanpen could be always delicious with all kinds of flavor. But miso is the one you have to try once. Butter & Miso flavor matches perfect with fluffy hanpen!
GET THE RECIPE Hanpen Miso Soup
This is very simple yet makes you feel the deliciousness of hanpen directly. Also it’s one of the easiest recipe for hanpen beginners.
GET THE RECIPE 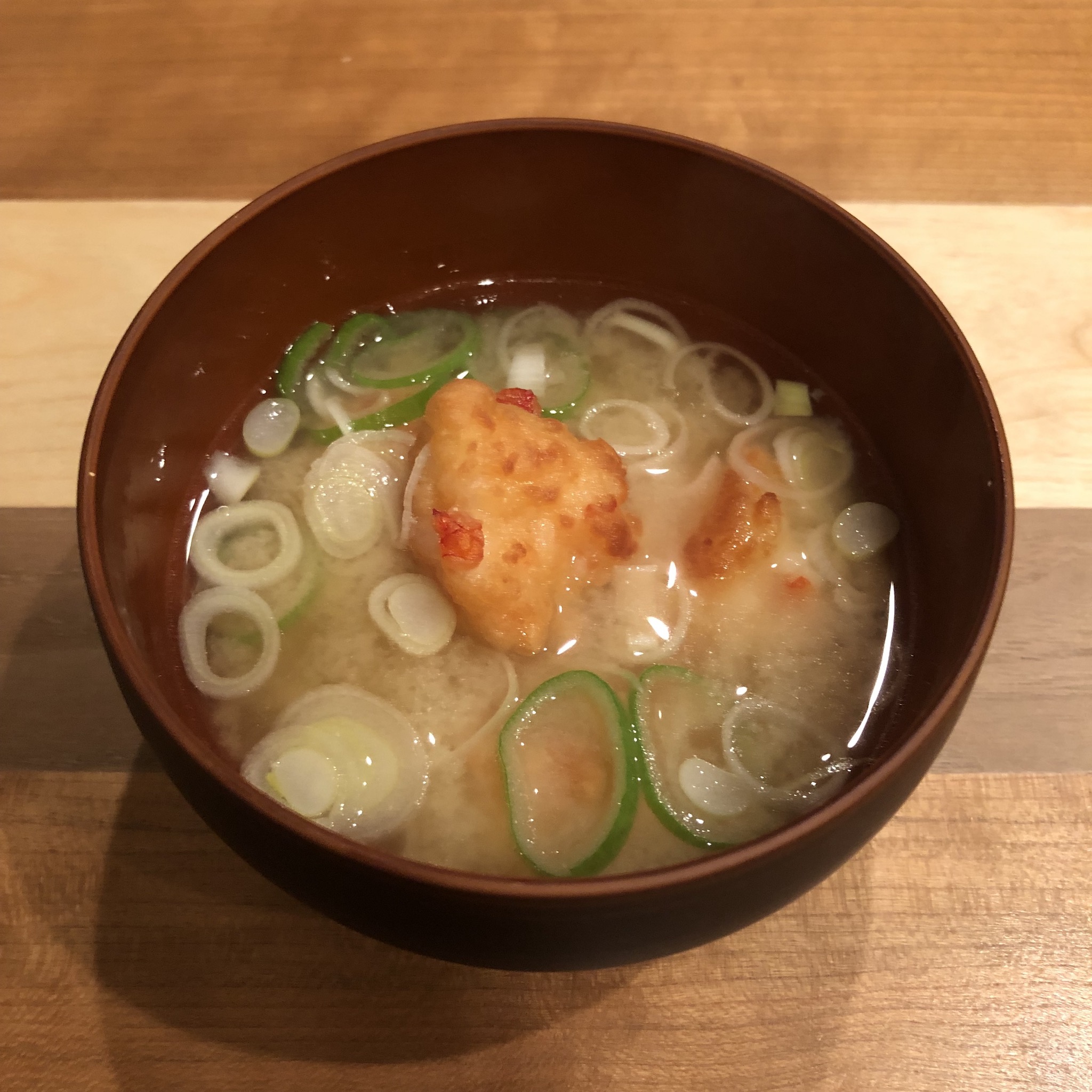 Shrimp Fritters Miso Soup
When you make fritters with shrimp or even other materials, using hanpen is essential. It makes the fritter more fluffy and flavorful! I made the miso soup with this fritters, however, you can just eat them as they are without soup.
GET THE RECIPE

3 Best Shrimp Miso Soup Recipes
What Is Karashi and How Is It Used?
Home
JAPANESE INGREDIENTS