What Is Mozuku (Japanese Seaweed)?

Mozuku is a seaweed of the family Spermatochnaceae, and filamentous algae with branches. It’s brown when growing naturally in the sea, and turns green when passed through boiling water.
Unlike other types of seaweed below, it’s slimy when you touch.

Mozuku is a type of Japanese seaweed, and actually, the single word “seaweed” covers a lot of types of Japanese foods as followings: 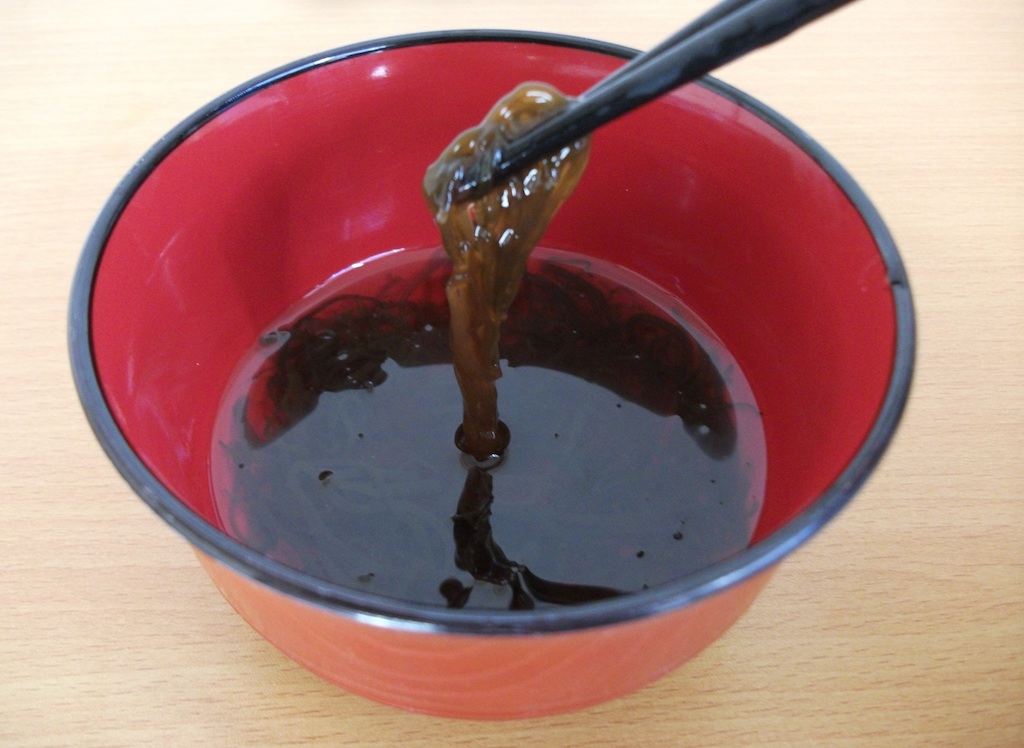 The taste is light and simple, and has a little bit of sea smell.
It has similar texture to wakame which is a little chewy texture, but you feel more of the slimy texture of mozuku.

How Is Mozuku Used? 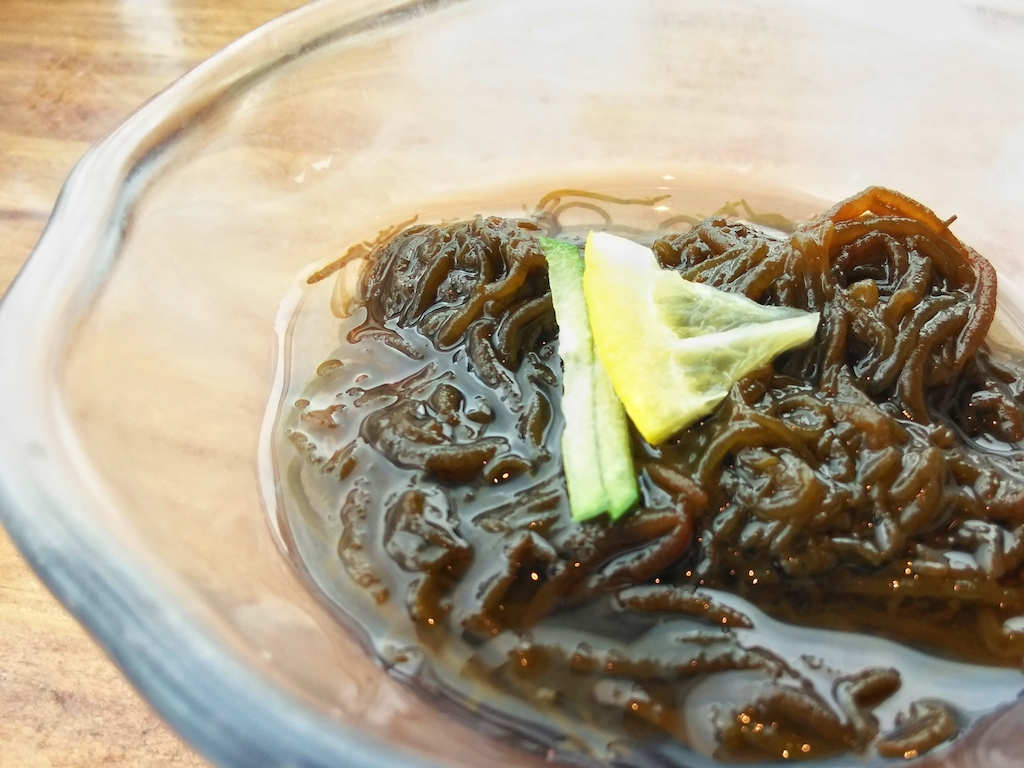 Speaking of mozuku, mozuku-su (vinegared mozuku) is very popular dish in Japan.
Mozuku is pickled in vinegar based sauce (vinegar, sugar, and soy sauce or mentsuyu).
You feel slimy mozuku with sweet-sour taste in your mouth, and it’s really delicious. This is also popular as a healthy food in Japan.

Other than mozuku-su, people sometimes eat mozuku tempura or use it as ingredient in miso soup, or noodle dishes. 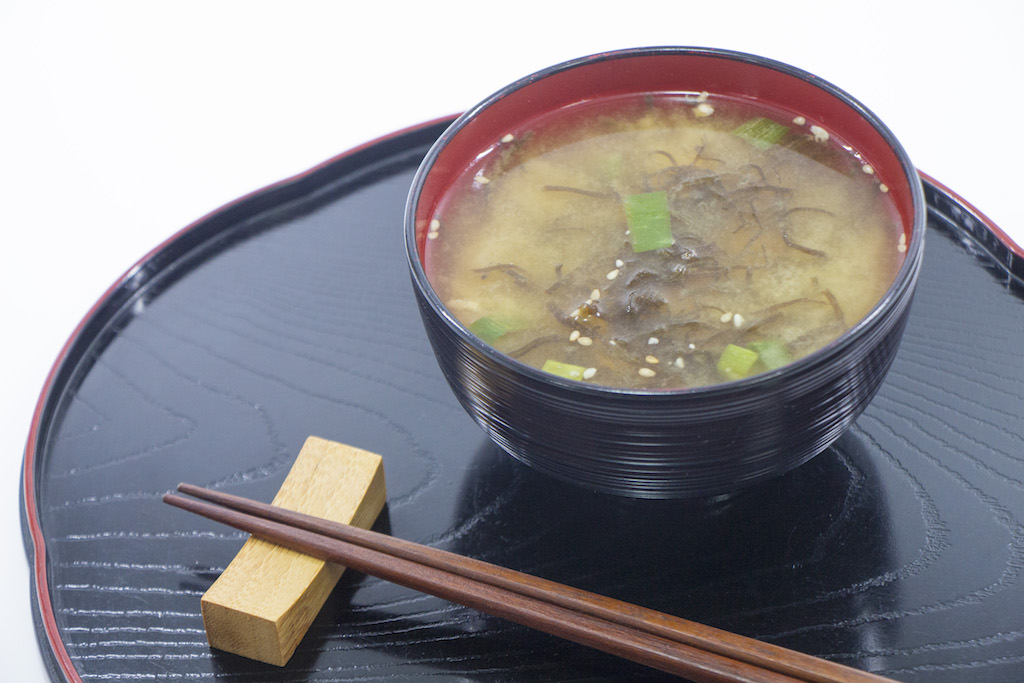 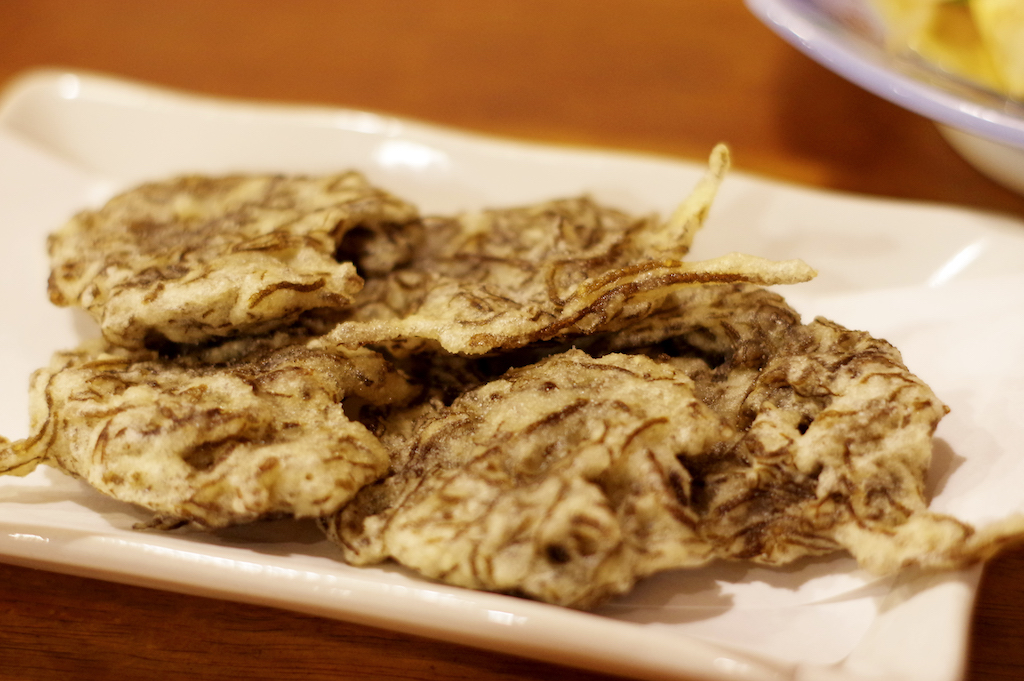 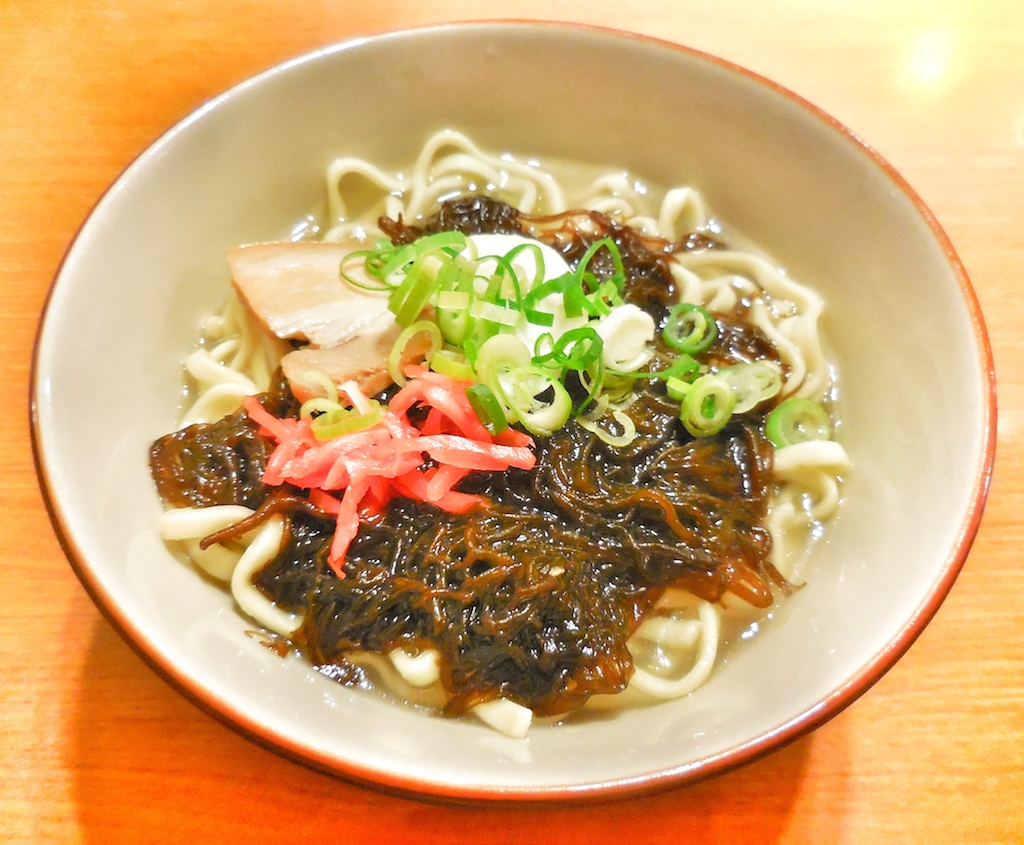 Below you will find the nutrition information for a 3.5 oz (100g) of desalted mozuku:

What Are the Benefits of Eating Mozuku

The slimy texture of mozuku, this is exactly ingredients that are good for your body. The name of the component are called “fucoidan” and “alginic acid” which are type of dietary fiber.

You can expect that dietary fiber contained in mozuku could work to lower cholesterol levels and regulate the intestinal environment. That’s why mozuku has become very popular as a healthy food and a diet food in Japan.

Additionally, mozuku contains abundant minerals and vitamins. It’s said that those dietary fiber and minerals contained in mozuku could increase the moisturizing power of the skin and suppress wrinkles. 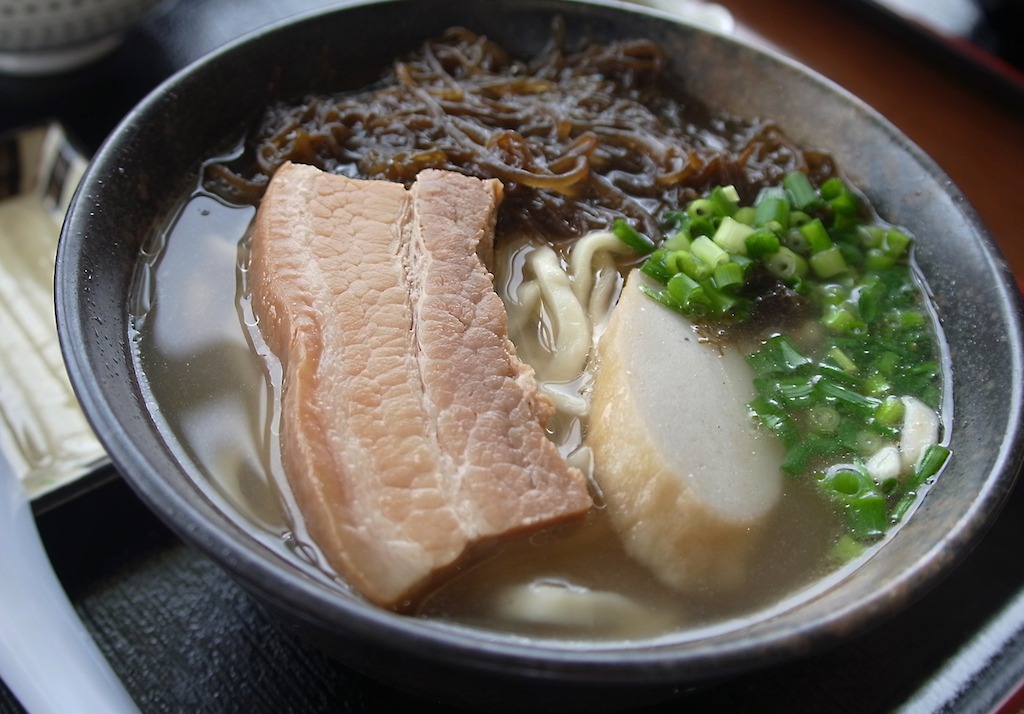 Just like natto, Chinese yam, and okra, mozuku is popular slimy food in Japan.
Some people tend to avoid those slimy foods, however, you should definitely try those once.
You can see the different world of Japanese foods, and those are healthy, delicious foods actually!