Sudachi is citrus fruit native to Tokushima prefecture in Japan, and is also called “Citrus sudachi” as scientific name. As a feature of taste, sudachi has unique refreshing scent and fragrant sourness like a lime.
Sudachi can be purchased all year round if it’s cultivated in hothouse. Although sudachi is usually harvested and shipped in the unripe fruit with a blue peel, it turns yellow like oranges when it gets ripe.
The appearance and the taste of sudachi is very similar to the one of kabosu (かぼす) which is also categorized as citrus fruit and native to Japan. 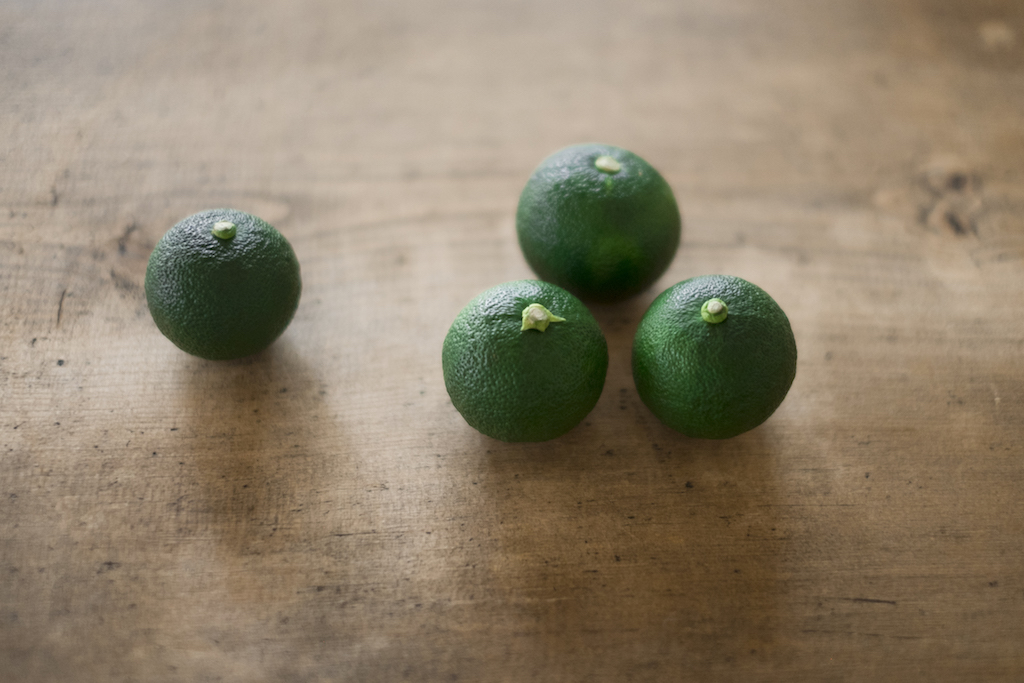 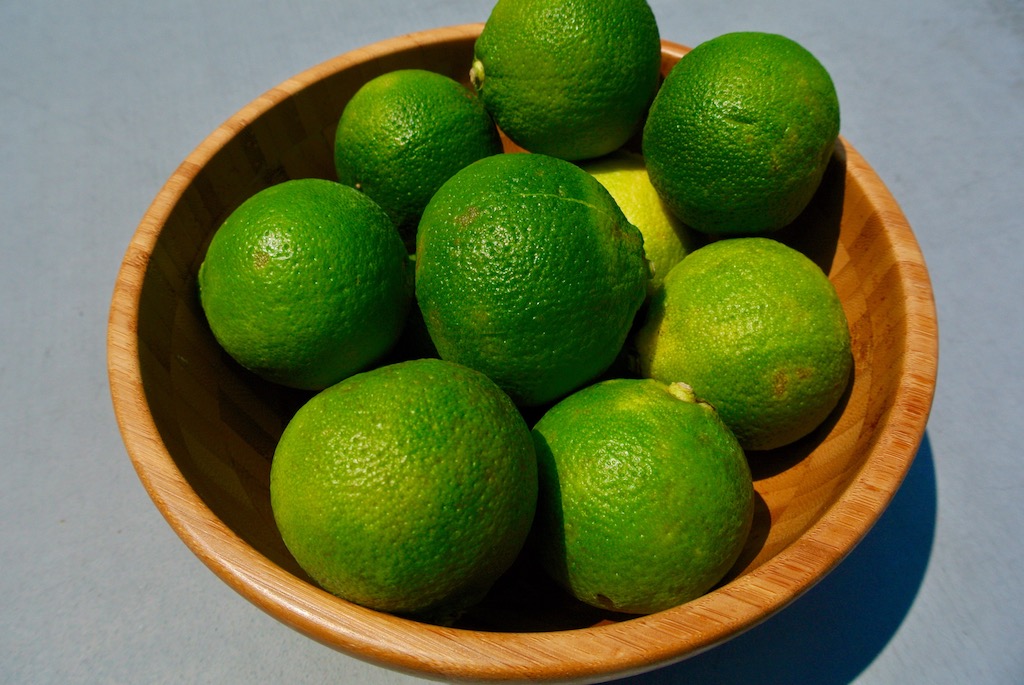 How Is Sudachi Used?

Small piece (slice or wedge) of sudachi served on a plate in order to add juice to the dish right before eating. The dish could be anything but usually sudachi juice matches so well with grilled fish such as saury (sanma), seafood sashimi, and Japanese stew. 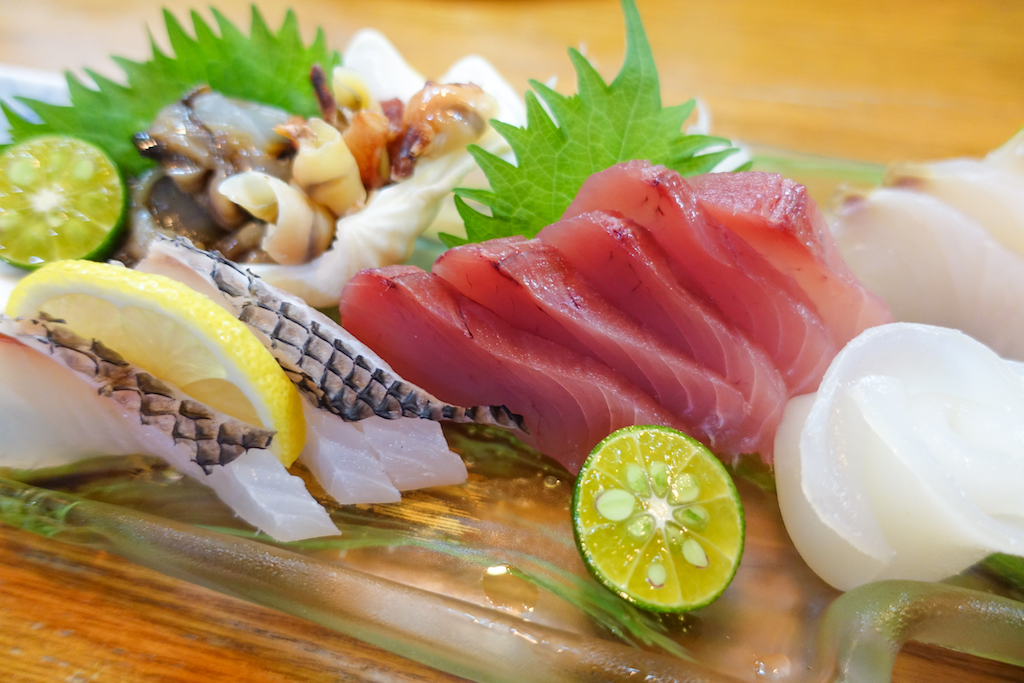 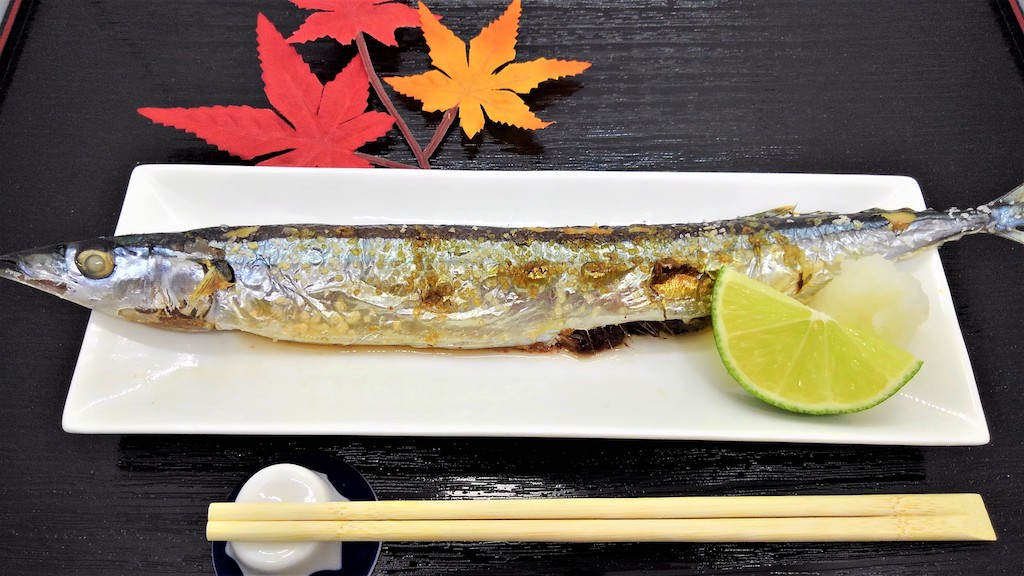 Noodle dishes topped with bunch of thinly sliced sudachi have become popular these days. It could be somen noodles, udon noodles, soba noodles, and even ramen. 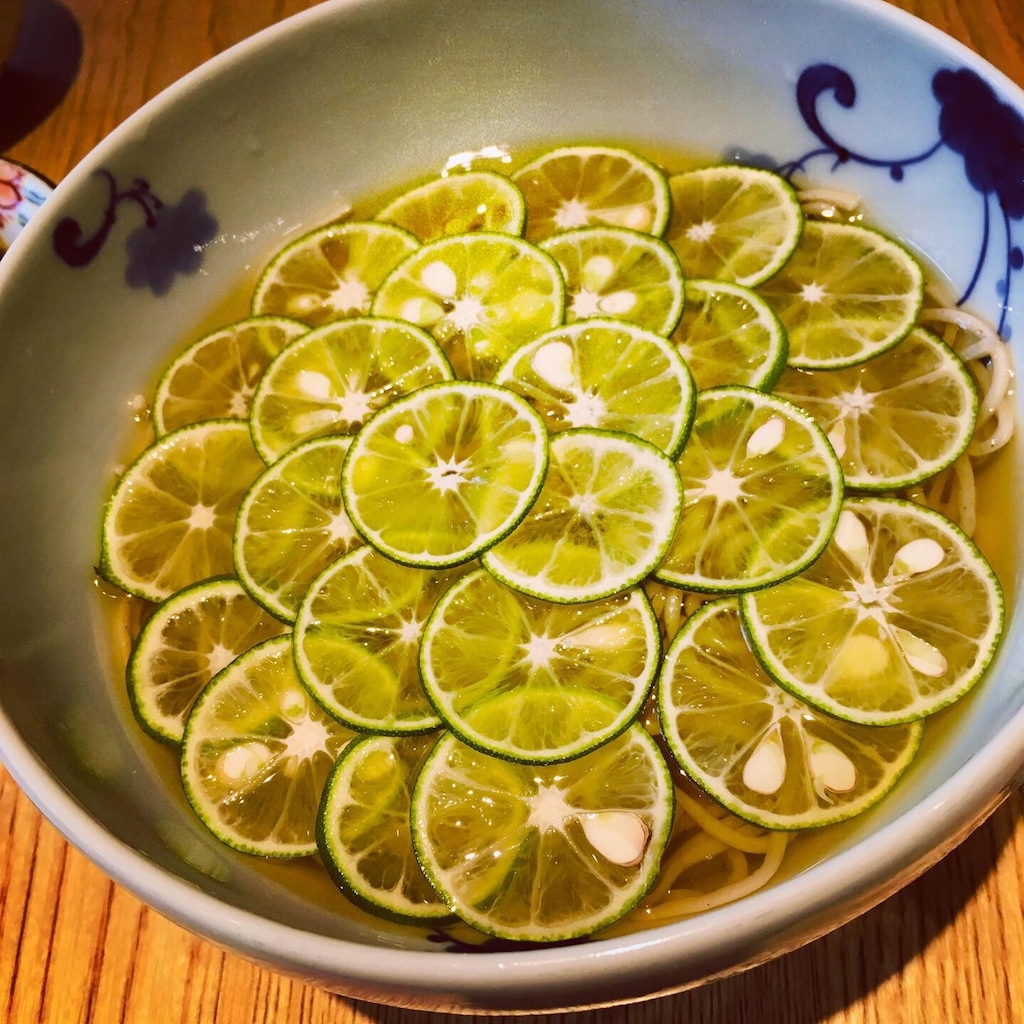 Sudachi juice can be substitute for vinegar, and it’s sometimes used for pickled dish.
Juice and wine made from sudachi are sold everywhere in Tokushima that is main producing area since sudachi is relatively inexpensive there. 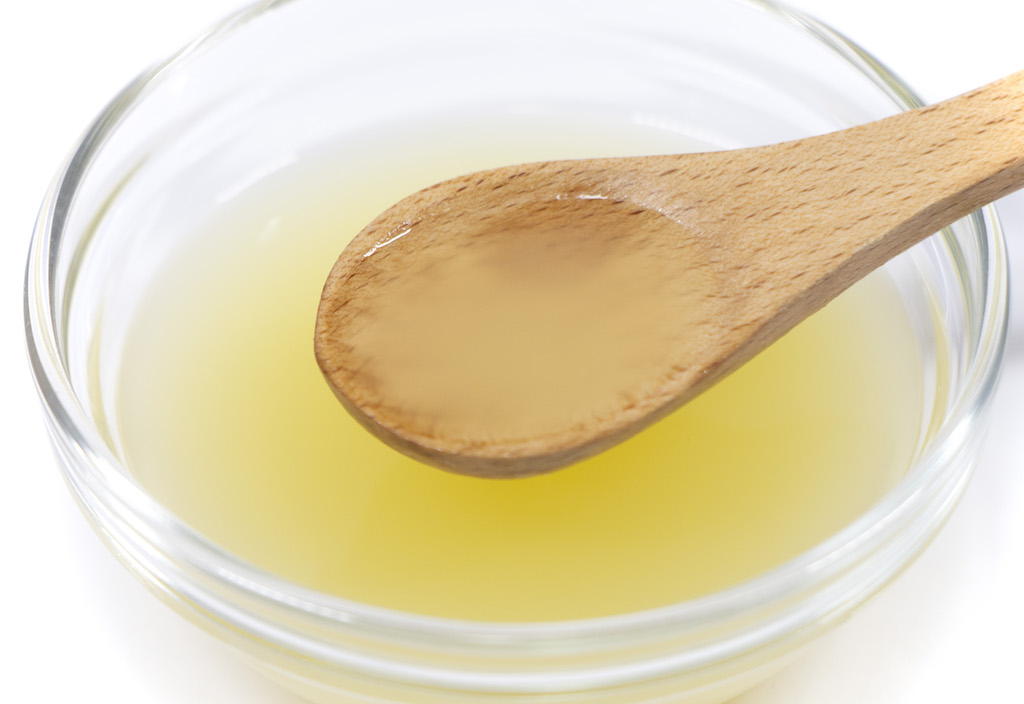 Skin of Sudachi for Flavoring Dishes

Juice is not the only option. The outer skin of sudachi also can be used as a condiment. Thinly sliced skin or grated skin of sudachi will be amazing condiment for Japanese style clear soup (osuimono) or various kind of dishes. You can enjoy the elegant scent with it. 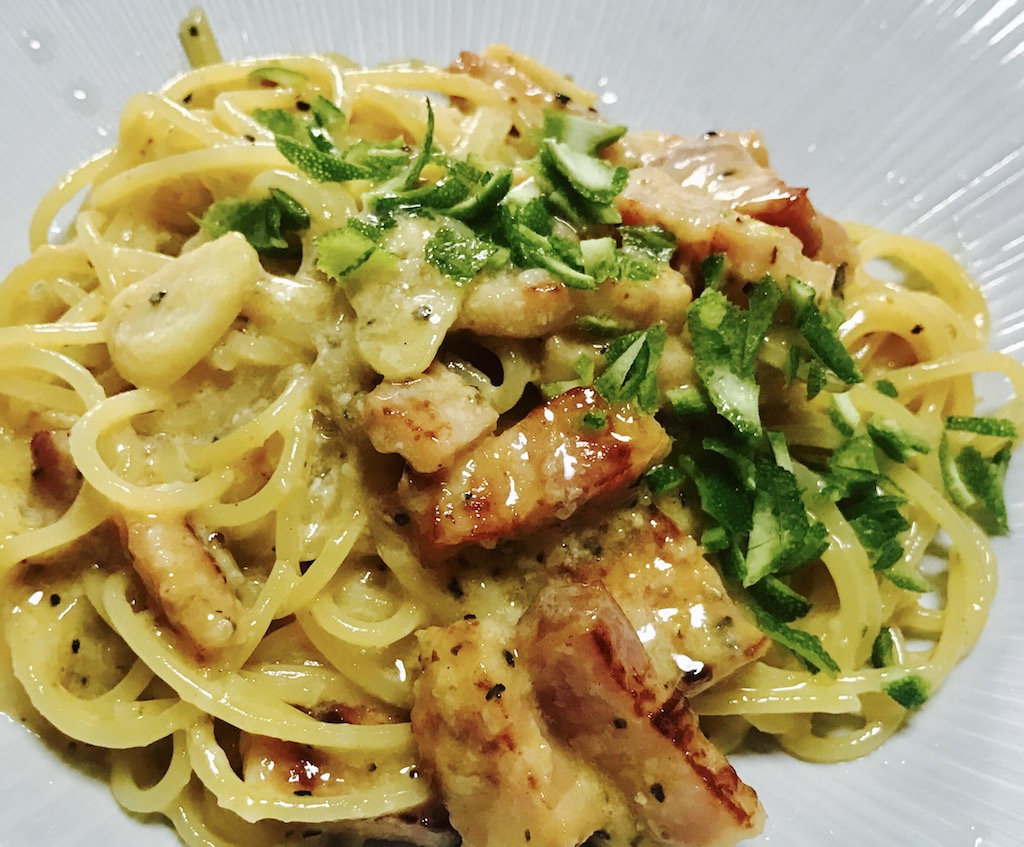 What’s the Difference Among Sudachi, Kabosu, and Lime?

Sudachi gives accent to dishes with its refreshing smell, and there are some citrus fruits similar to it.
The one is kabosu which I already mentioned above, and another is lime which is broadly used all over the world.

Their appearance are very similar, but what exactly are the difference among them?
Let’s take a look at it in terms of 3 factors. 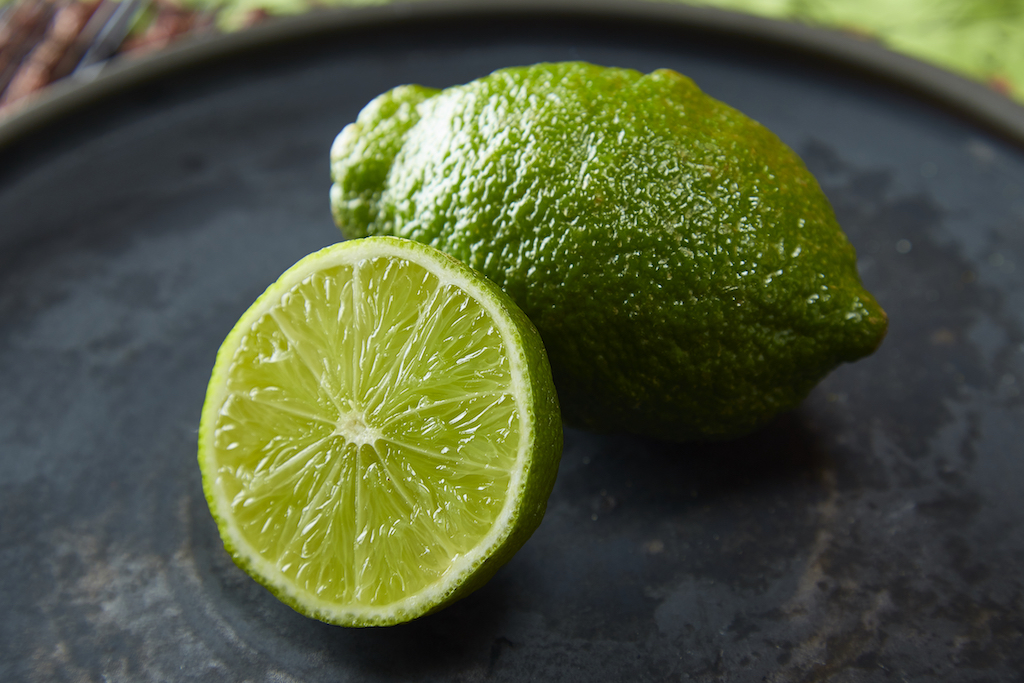 Sudachi: 90% of sudachi in Japan is produced in Tokushima prefecture.

Kabosu: 90% of kabosu in Japan is produced in Oita prefecture.

Lime: Most of lime distributed in Japan is imported one from Mexico.

Sudachi: Regarding the refreshing flavor of citrus: generally sudachi has the strongest flavor among them, so you can enjoy the scent with even a small amount of sudachi. If you want to give accent to the dish, for example, some meat dishes it’s better to use sudachi juice.

Kabosu: It has a slightly modest scent than sudachi. So it’s better to use kabosu for giving gentle flavor to the dish, for example, to add flavor (aroma) to the cake.

Lime: Outer skin of lime is relatively thin. And lime has sourness just like lemon, and has a bit of unique bitterness. The taste and fragrance of lime are kind of similar to the one of lemon. 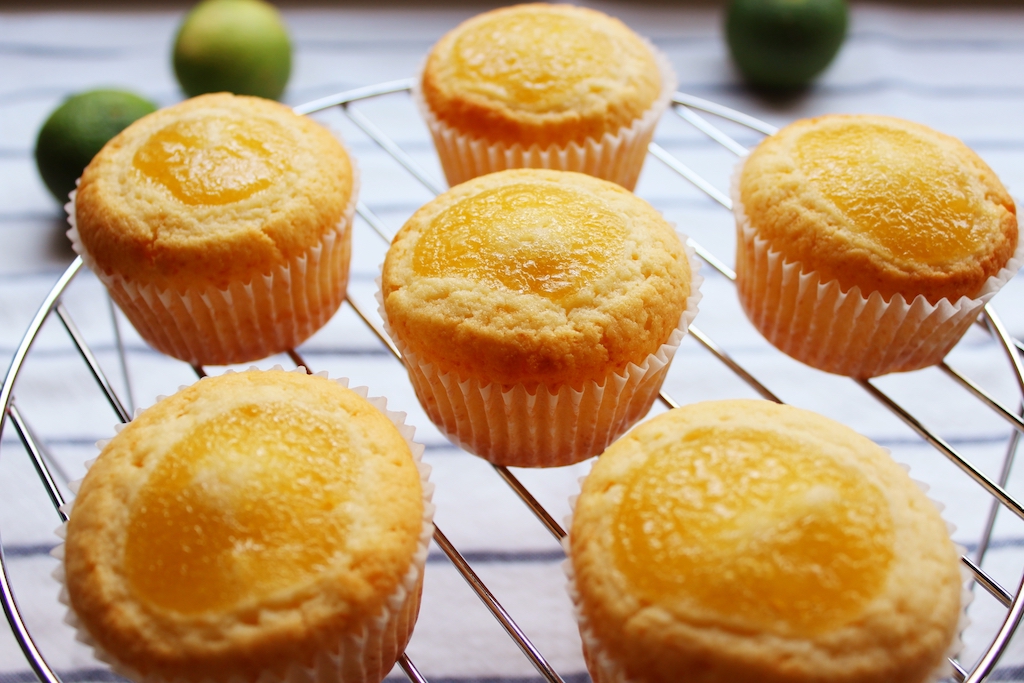 Nutrition and Benefits of Sudachi

The nutrients that are abundantly contained in both juice and outer skin of sudachi are potassium and vitamin C. Those nutrients in sudachi are more rich rather than other citrus fruits such as lemon.
Also, the outer skin of sudachi contains abundant nutrients including vitamin A, vitamin E, calcium, and dietary fiber. Sudachi juice, on the other hand, contains plenty citric acid.
Due to these nutrients, it’s said that you can expect many efficacy as follows: to prevent swelling, to boost immunity, antioxidant effect, etc. Abundant vitamins which have antioxidant effect could help us to recover from fatigue, to make beautiful skin, and to improve the circulation of blood.