Have you used or heard of Japanese 7 spice?
7 spice (shichimi togarashi) is one of the most popular spicy condiment in Japanese cuisine.

It’s not only just spicy but also rich in fragrance with various spices.

I would like to introduce what exactly is 7 spice first, after that you can also check the best way to enjoy this amazing spice!

What Is Japanese 7 Spice (Shichimi Togarashi)?

7 spice (shichimi togarashi) is a Japanese seasoning made by formulating condiments and spices. The main ingredient is cayenne pepper.

What Does Japanese 7 Spice Contain?

As the name says, 7 spice is made of 7 kinds of condiments and spices.
Various auxiliary ingredients are added to the main ingredient, cayenne pepper. Therefore, they can add great flavor and moderately suppresses spiciness.

The auxiliary ingredients differ depending on manufacturers. But, the followings are commonly used one. 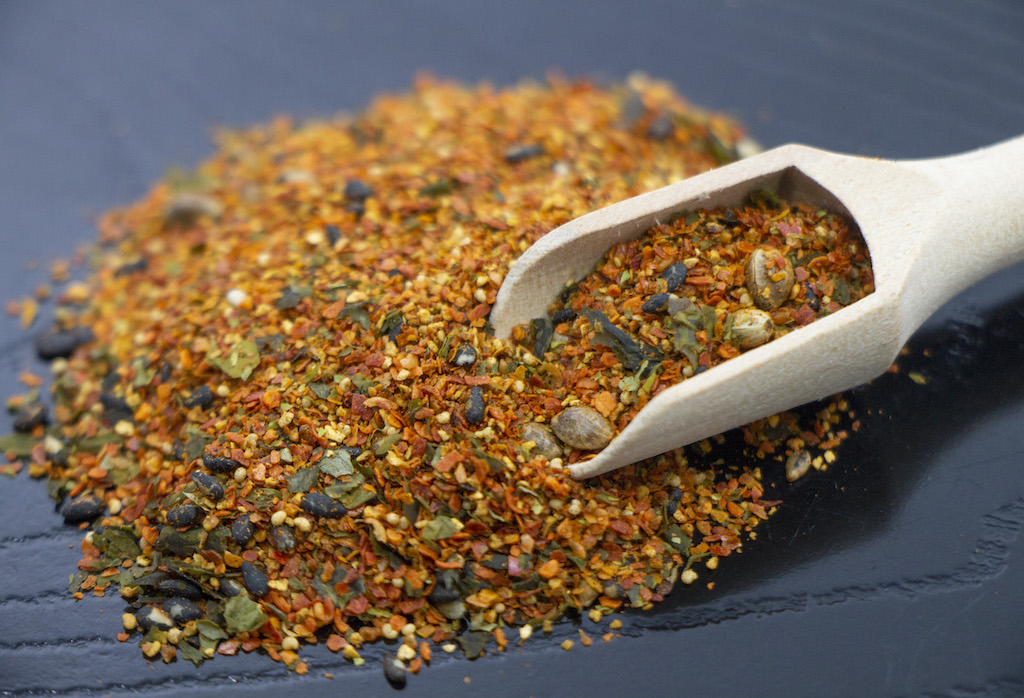 There are 3 major famous long-established stores that are selling 7 spice (Yagen-bori in Tokyo, Asakusa / Shichimiya in Kyoto / Yawataya Isogoro in Nagano).

All of those shops are using cayenne pepper as a main ingredient. In addition to that, the rest of 6 from the above list are added.

However, except for the above, some brands are mixing 5 or 9 kinds of spices. Regardless of the number of ingredients, it’s called 7 spice (shichimi togarashi) all the time.

By the way, the Japanese seasoning made from only cayenne pepper is called ichimi-togarashi (one-taste pepper) in Japanese. When you taste ichimi-togarashi, the spiciness is directly transmitted.

Some herbal medicine researcher had developed 7 spice (shichimi togarashi) inspired by Chinese herbs in the Edo period. At that time, 7 spice was recognized by people as a Chinese herbal medicine. In other words, people were thinking that they can take the medicine with meals. 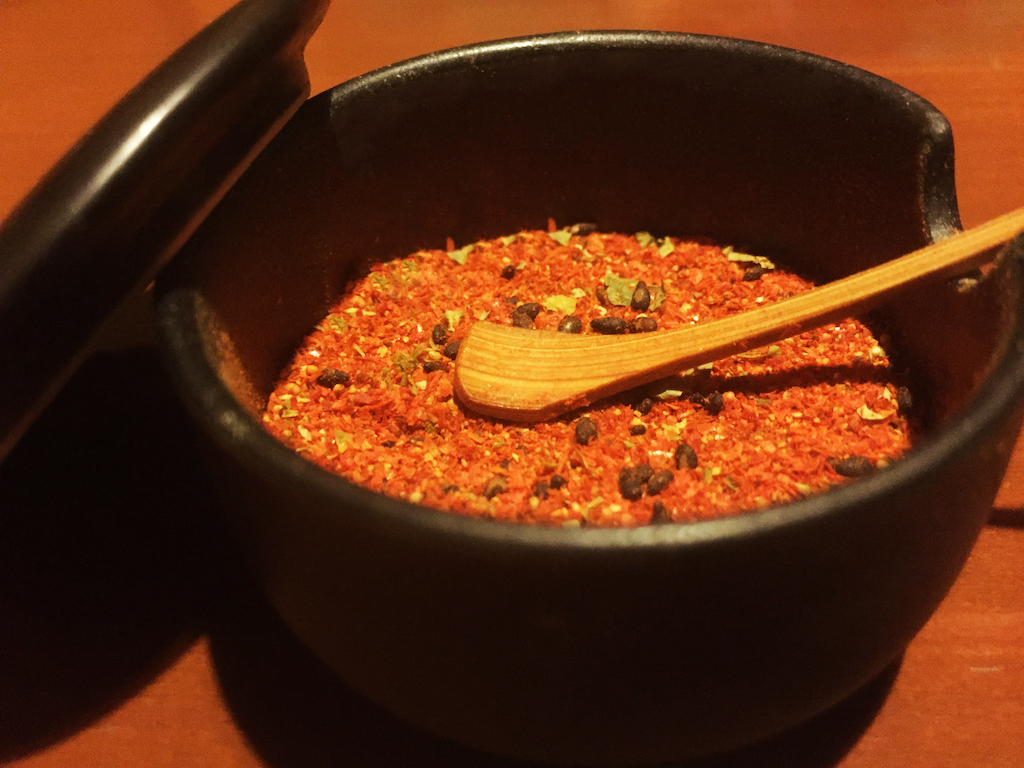 How Do You Use Japanese 7 Spice?

You can certainly use it in the same way as cayenne pepper.
However, 7 spice is sprinkled on the finished dish and use rather than using it for cooking.
Above all, it is often used as a condiment for the following Japanese dishes. 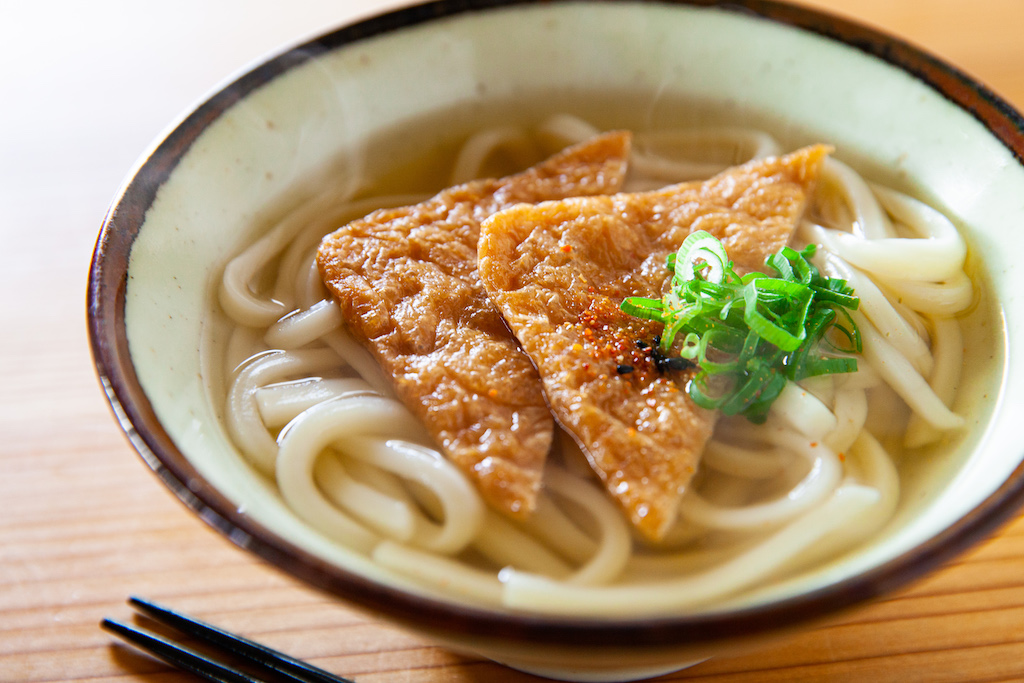 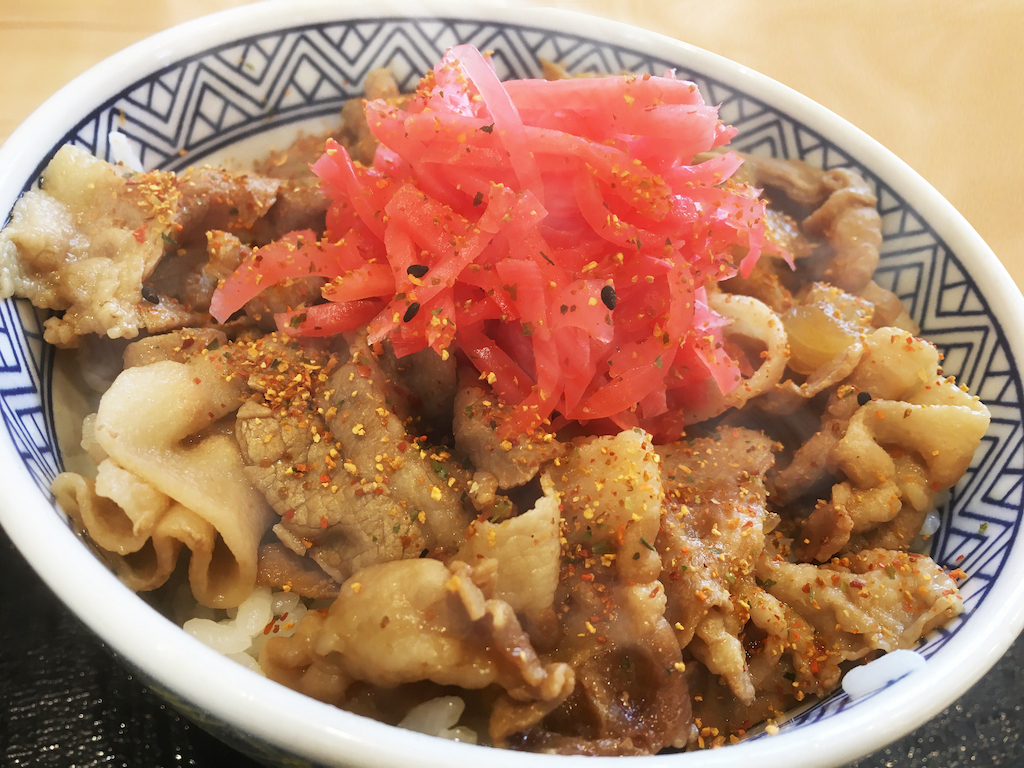 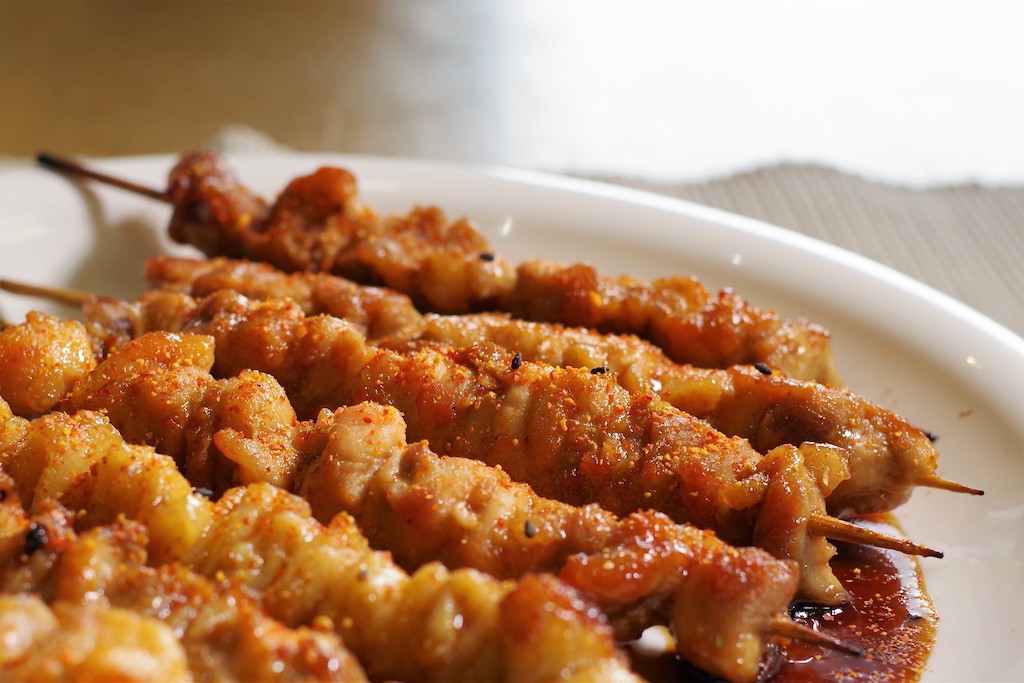 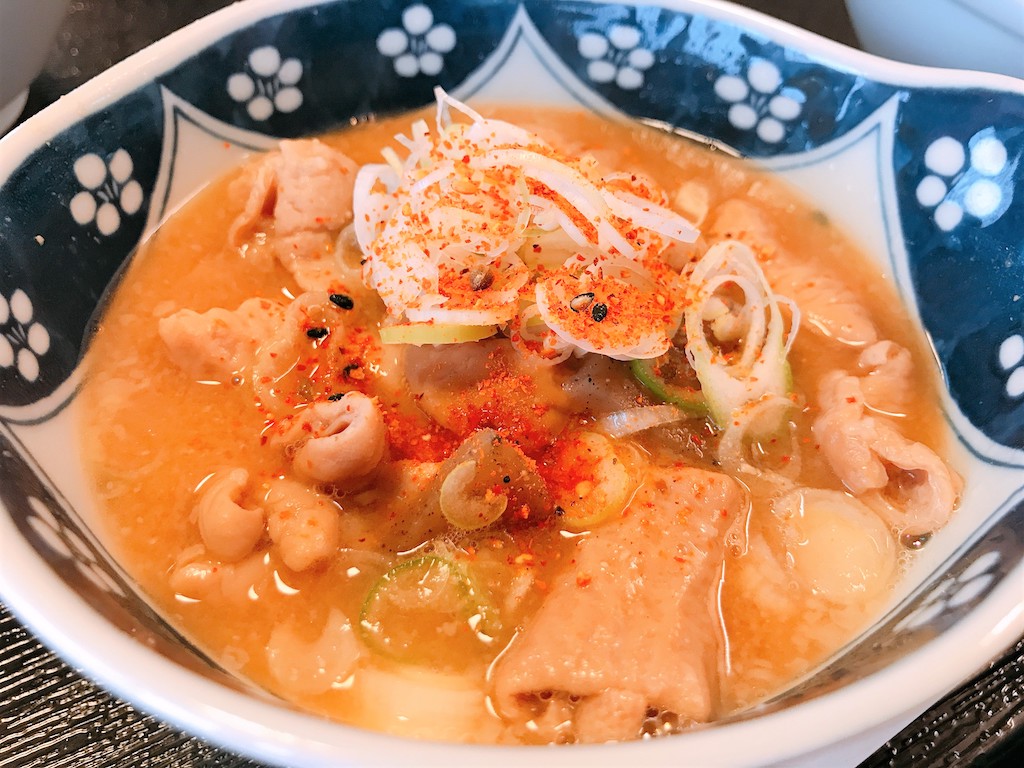 In conclusion, 7 spice gives accent to the dish that tend to have a monotonous taste such as noodles. Also, it can eliminates the smell of meat dishes, especially dish like a motsuni (Japanese tripe stew).

・Mix 7 Spice with Mayonnaise
Moreover, if you mix the 7 spice with mayonnaise,it would be great dipping sauce too.
This dipping sauce can be used for anything, for example, chicken nugget, vegetable sticks, and dried squid. 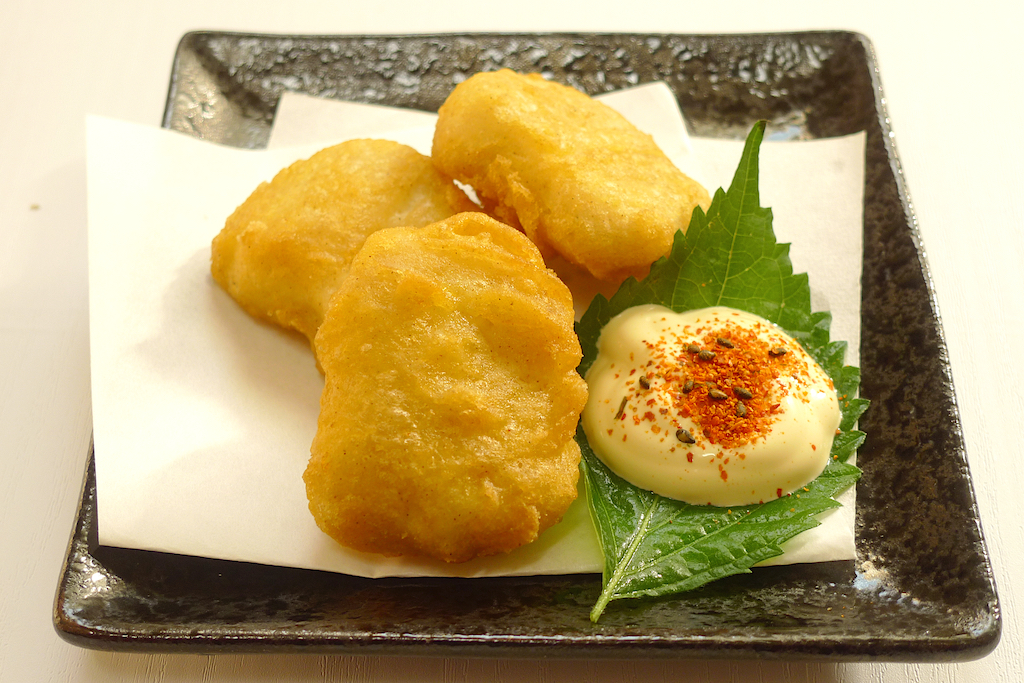 In short, The answer is NO!
5 spice generally means Chinese 5 spice, and mainly used in cooking in almost every region of China. Likewise, it’s mixed spices consisting of 5 or more spices.

However, the taste and flavor is completely different from 7 spice. Because it doesn’t contain spicy ingredients such as cayenne pepper, you wouldn’t taste any spiciness. 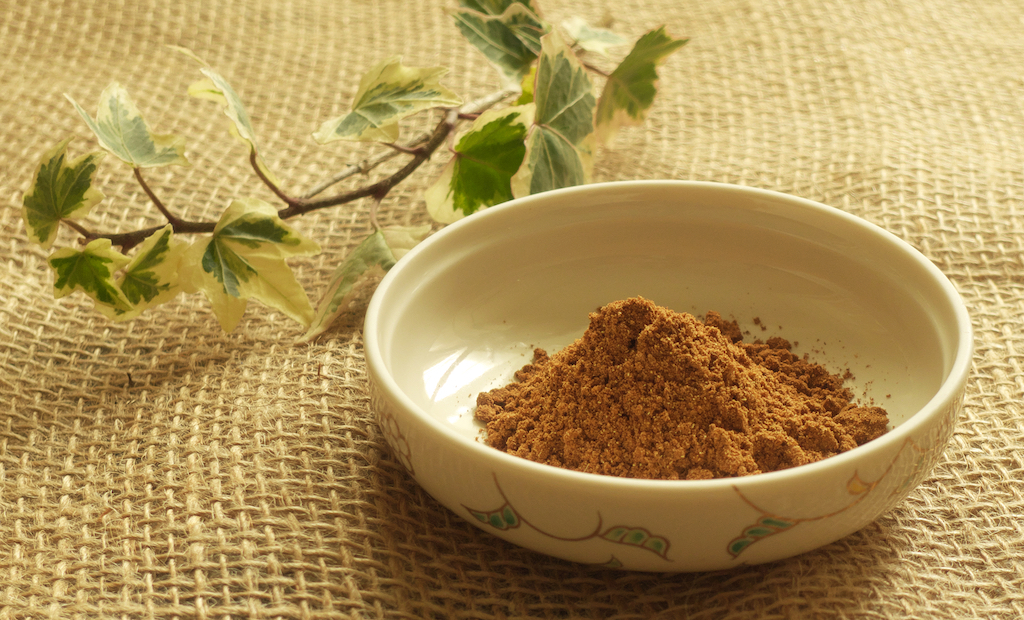 What Does Chinese 5 Spice Contain?

There are many recipes for the Chinese 5 spice. But, the common raw materials are the followings.

Besides above, there are many other ingredients that could be used for the Chinese 5 spice. For example, 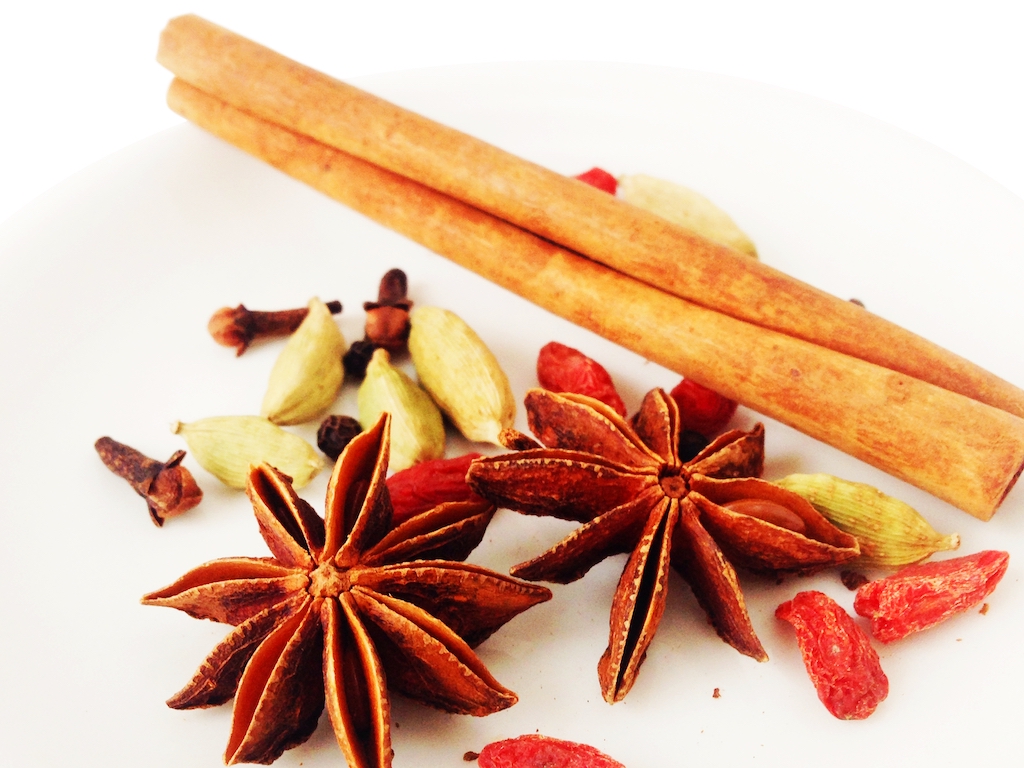 How was the information about Japanese 7 spice?

To sum up, 7 spice is extremely flavorful and useful material. If you sprinkle this magical condiment on your dish, it becomes even more delicious.

If you have a chance, please try Japanese 7 spice instead of your simple red pepper in your meal!