What Is Lotus Root (蓮根 Renkon)? 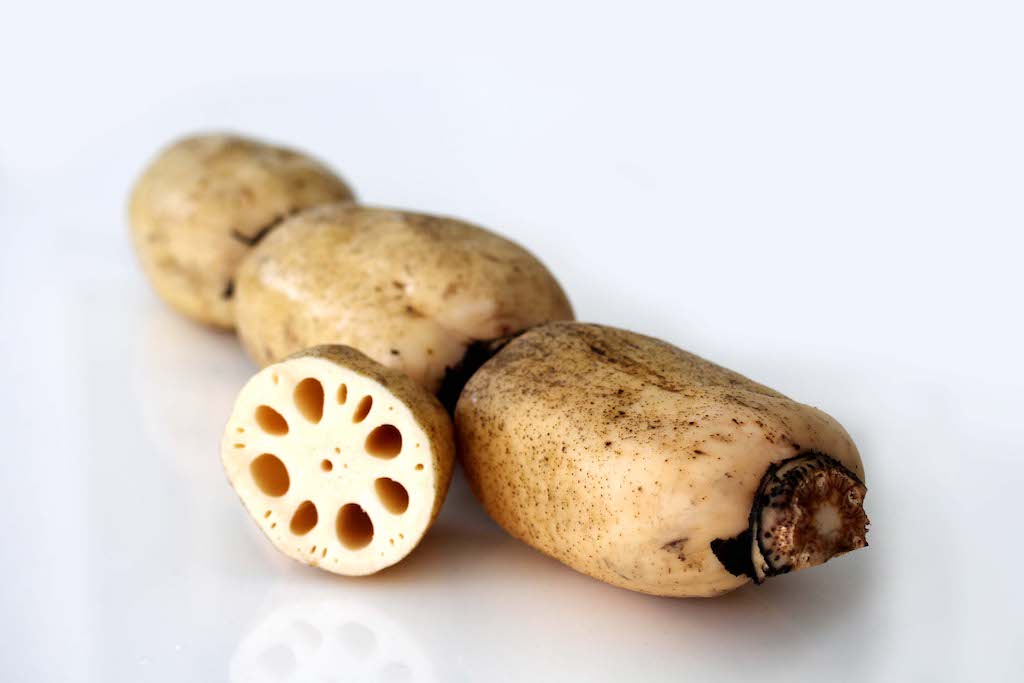 Lotus root is the subterranean stem of a plant that stores nourishment and swell, and it has been grown for food in various places in Japan.
Its places of origin are China and India. Generally lotus root is cultivated in swampy areas or a lotus field (called Hasuda). 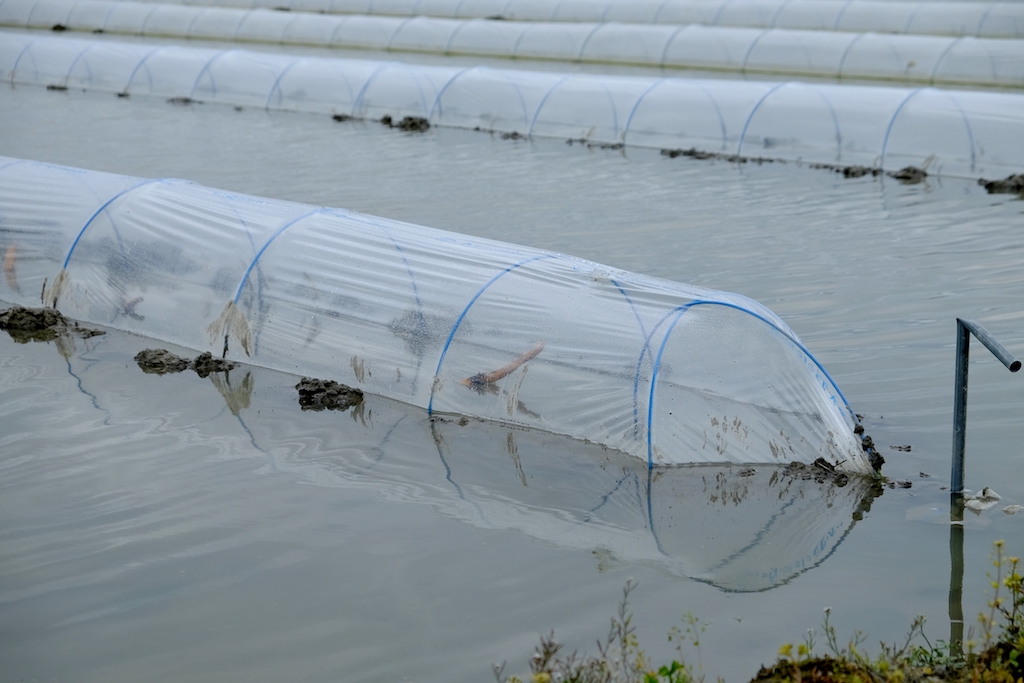 There is a cavity inside lotus root, and it becomes a shape with multiple holes if it’s cut into round slices. Also, lotus root are divided into several sections, and the length of section portions of the lotus root depends on the types of lotus root.

Lotus root leads to “see through the future” and is considered as good luck in Japan. So Japanese people like to have one for New Year dishes called osechi. 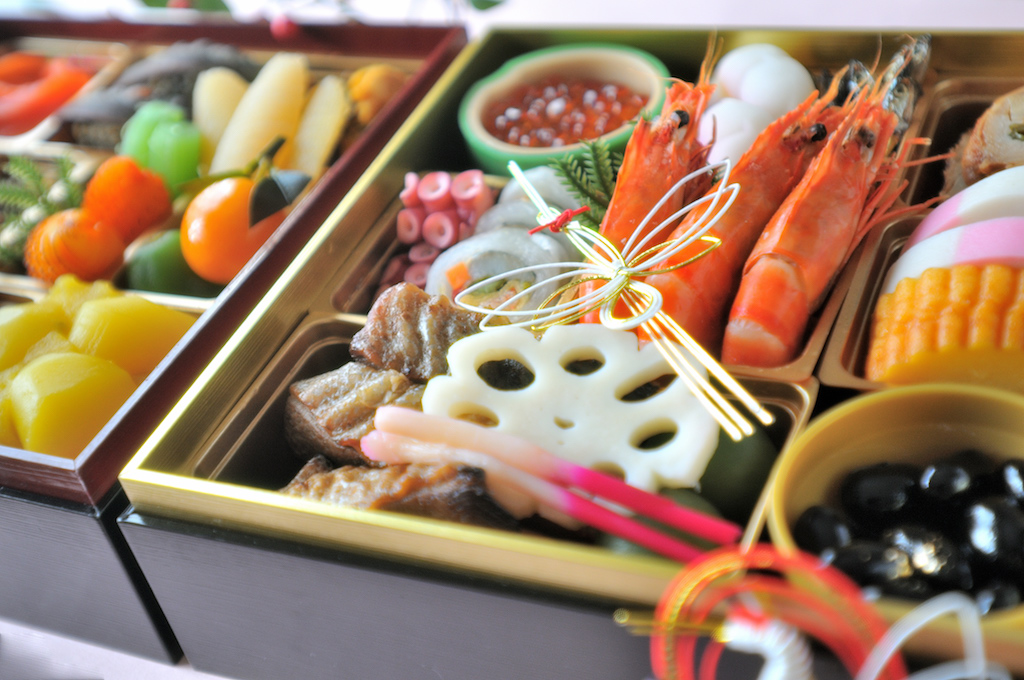 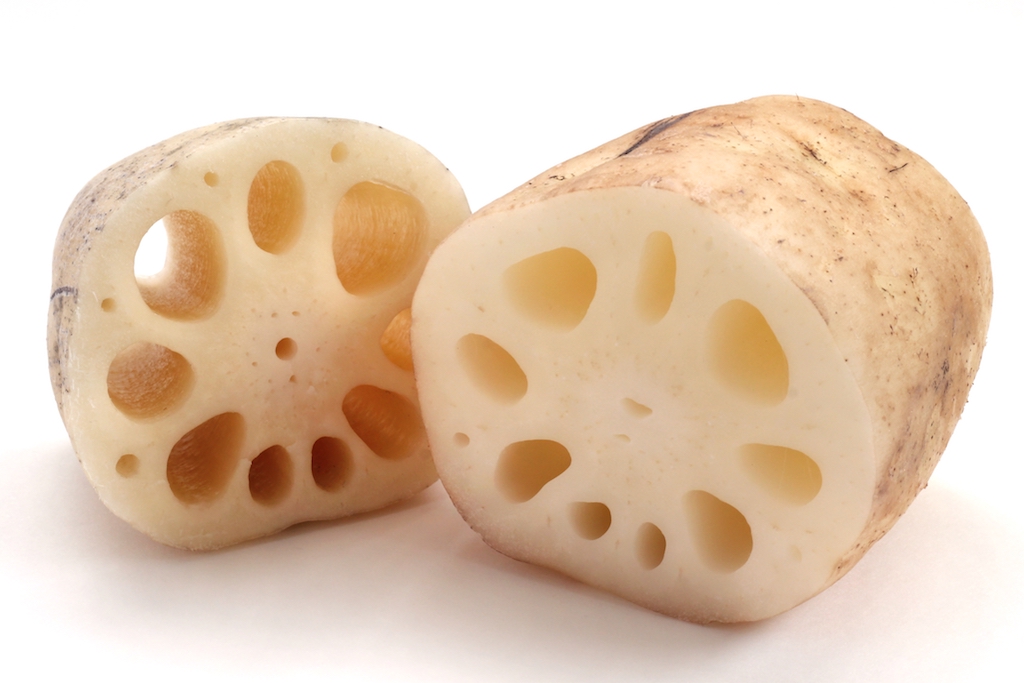 Lotus root has very light taste, and it’s more like the food you enjoy the crunchy texture. Sliced lotus root is very crunchy, but once it’s grated you can feel soft and chewy texture actually. It’s usually crunchy but sometimes the texture of lotus root could differ depending on how you cut it and how you cook it.

How Is Lotus Root Used?

Typically the best season for lotus root is December, and it’s mainly distributed from October to March. I would say you can buy it all year round at grocery stores.
So lotus root is very familiar ingredient for Japanese people, in other words, it’s used on a daily basis. The great part of  it is that lotus root matches with every kind of seasonings due to its light taste.
There are so many kind of lotus root dishes Japanese people usually make at home or eat at restaurants. Let me introduce some of them below. 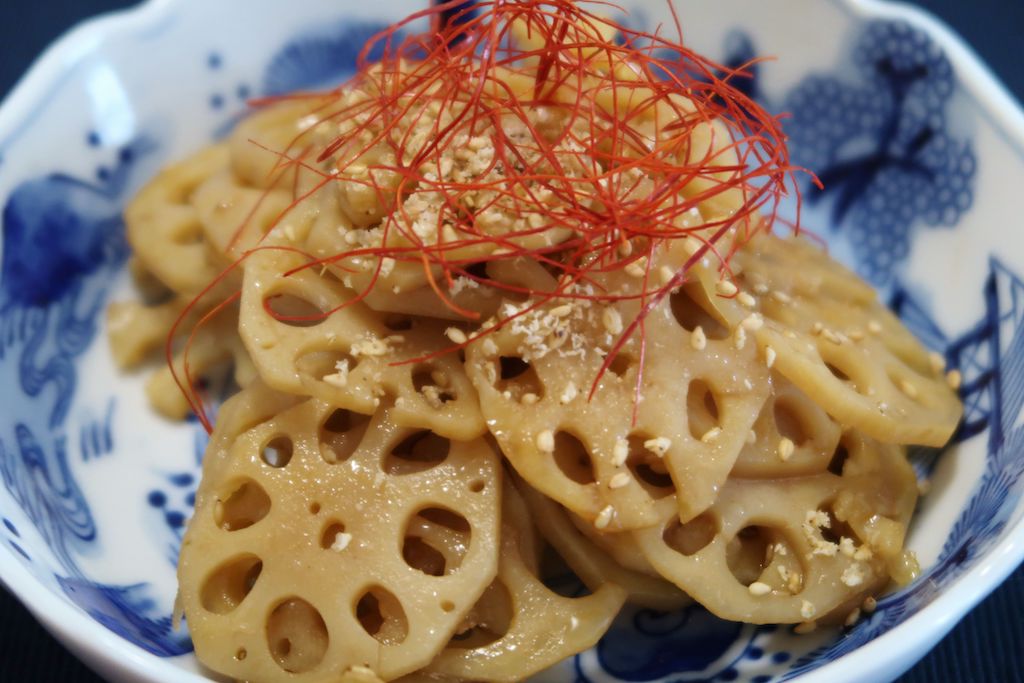 Kimpira is a traditional Japanese dish made with vegetables. It has a sweet soy flavor. Although burdock root are often used as a ingredient, lotus root kimpira is also popular and delicious. It’s made by making sandwiches with thinly sliced lotus root and meat balls, then deep-frying or grilling the sandwiches. Finally you put sweet soy sauce or whatever your favorite seasonings on them.

As you know, tempura is made by covering materials in batter and frying them in oil. If you add bread crumbs to it, it becomes deep-fried dishes. Lotus root is the best material for both tempura and deep-fried dish. You can enjoy juicy yet crunchy lotus root. 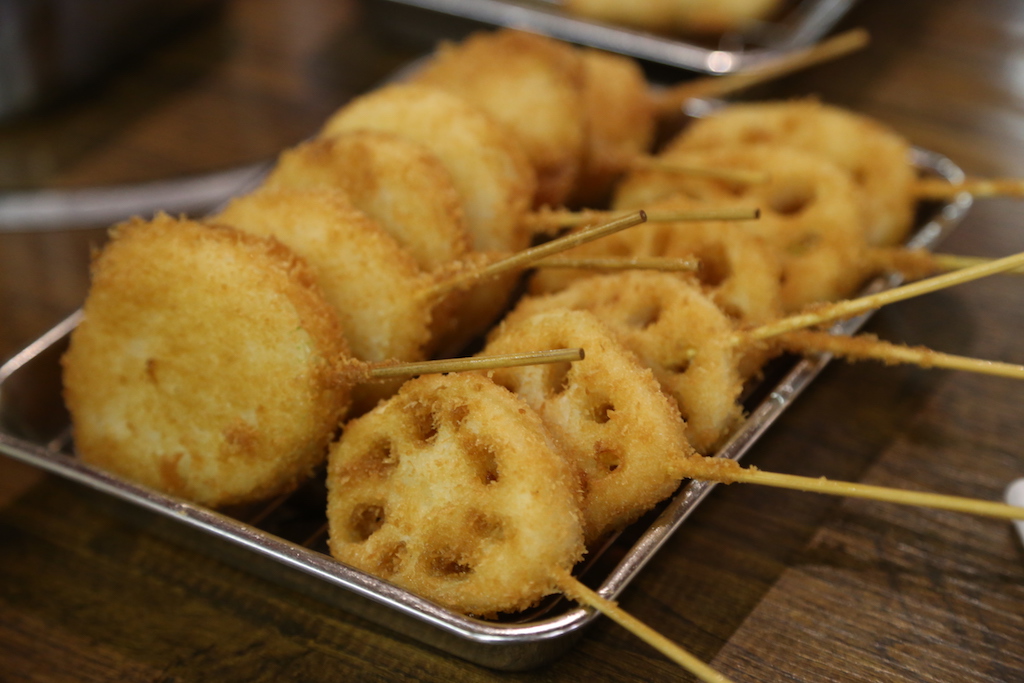 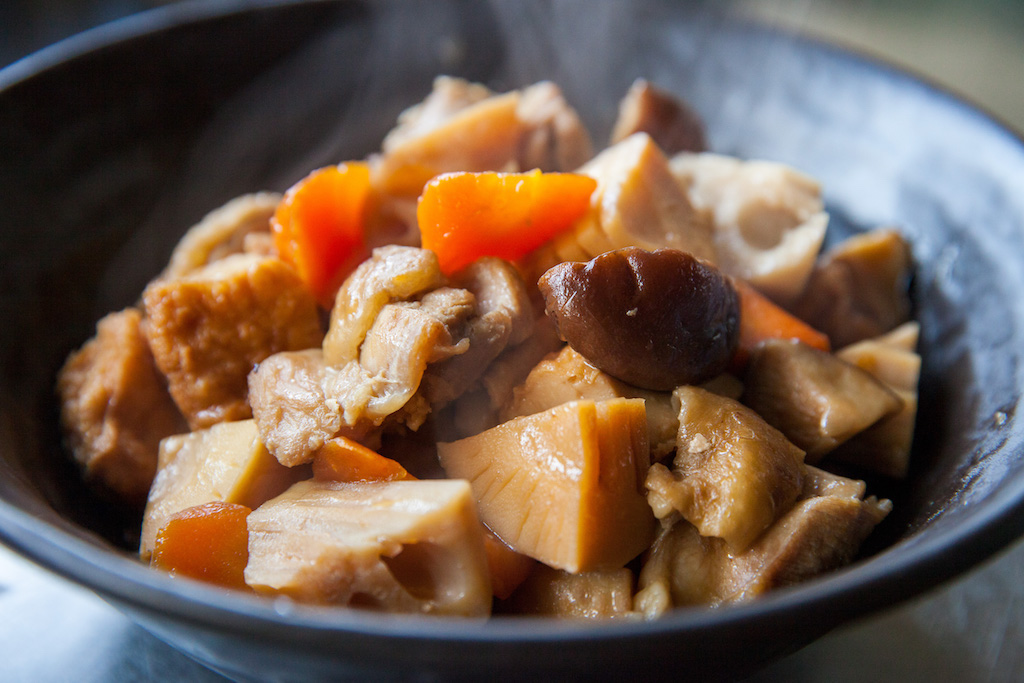 Lotus root is hardly crumble while long time warming, so it’s suitable for simmered dishes. Chikuzen-ni (simmered chicken and vegetables) is one of the popular simmered dish using lotus root. Chikuzen-ni is eaten on a daily basis, in addition, it can be a part of traditional New Year’s Dish (osechi). 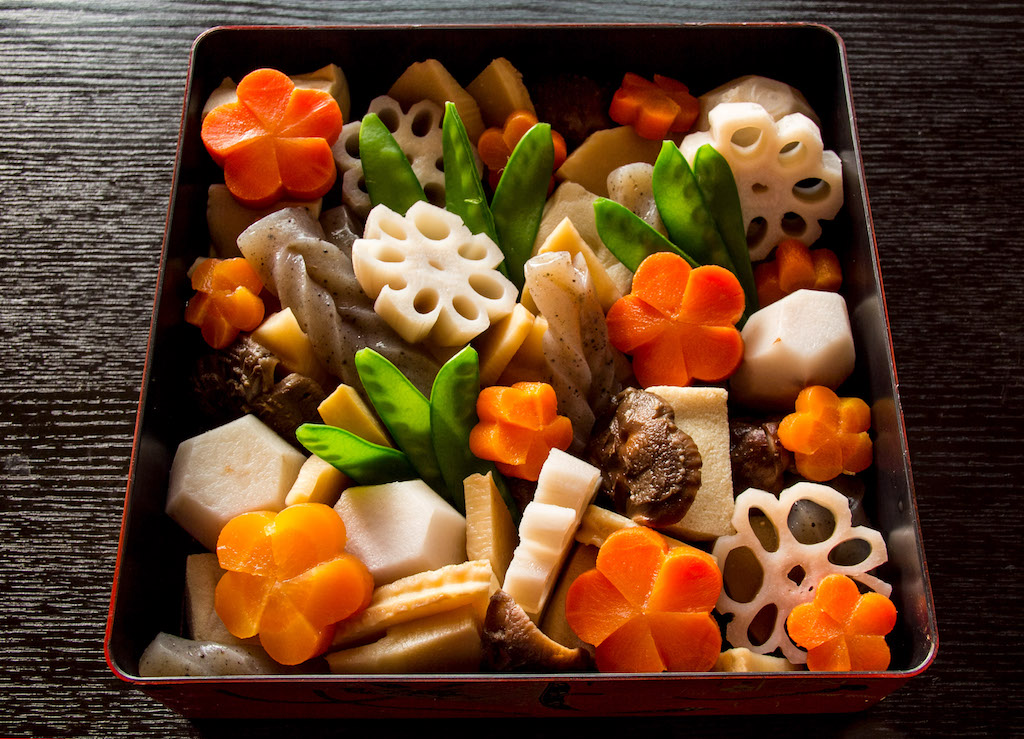 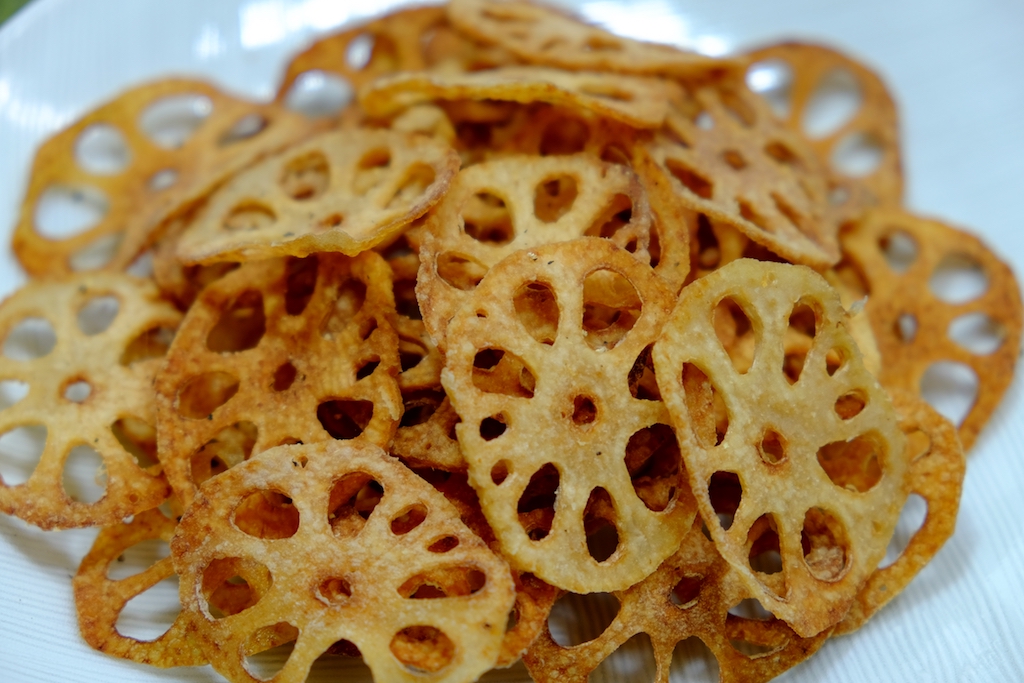 Deep-fried thinly sliced lotus root gets even more crispy and delicious. You can eat chips as a snack, and it’s available for beautiful toppings for various dishes too. 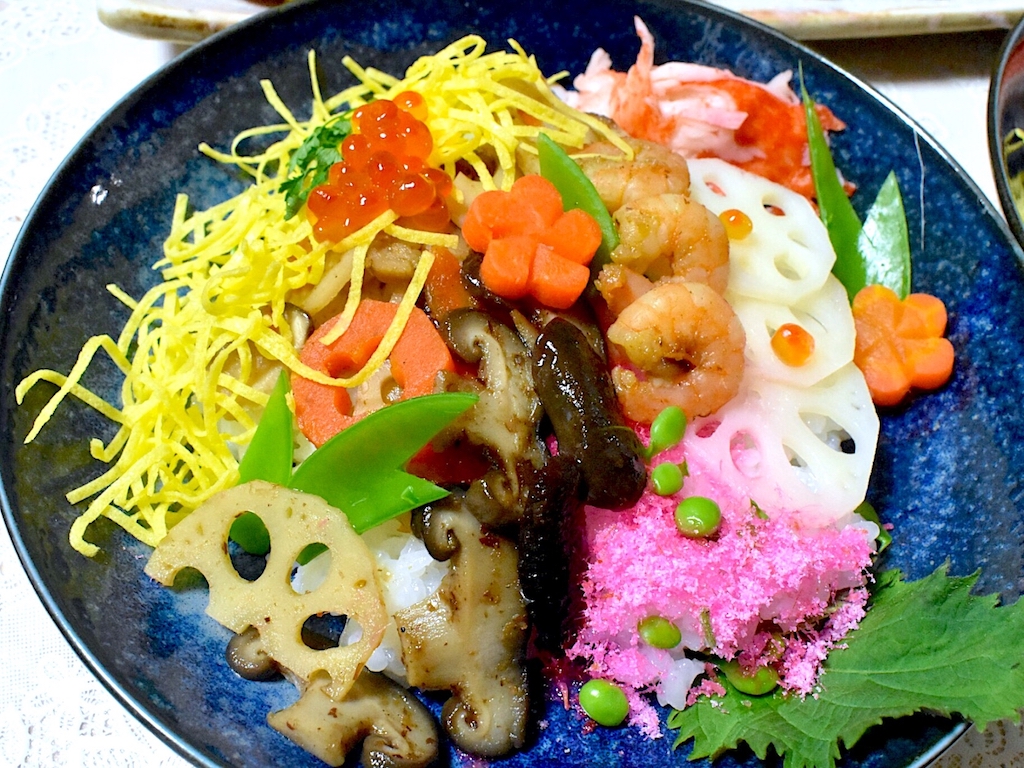 Lotus root is cut into thinly slices and boiled lightly before been soaking in sweet and sour pickles juice. White and beautiful pickled lotus root is used as ingredient in chirashi-sushi (scattered sushi) too. 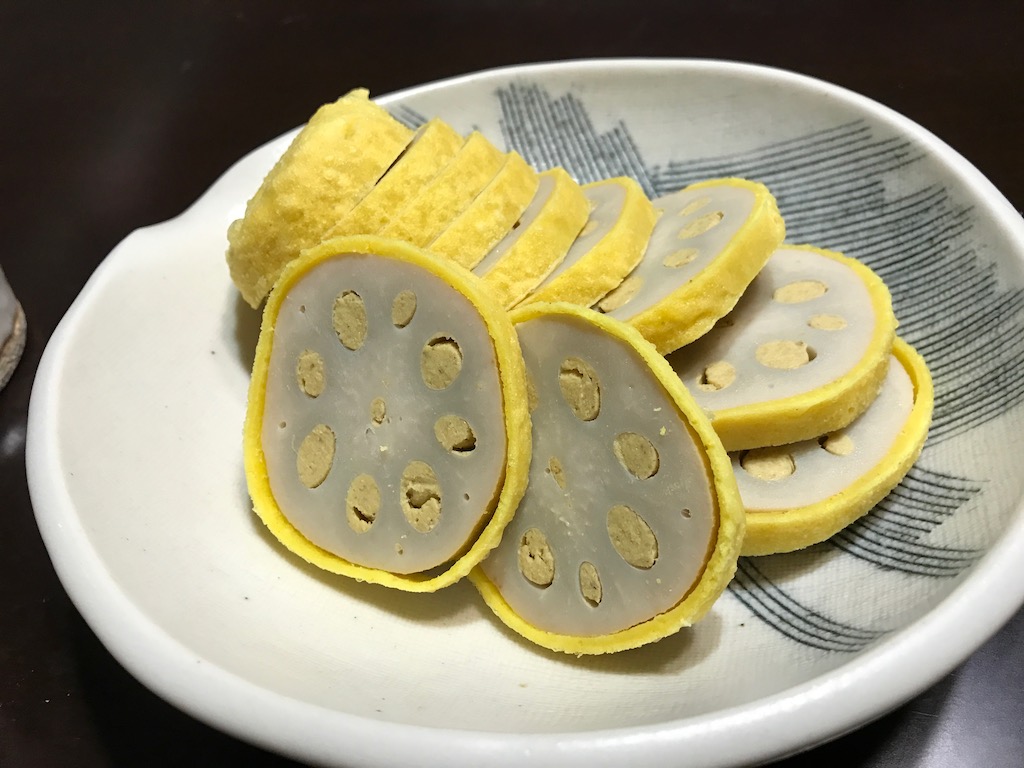 Mustard filled lotus root (karashi-renkon) is a specialty of Kumamoto prefecture. Karashi is Japanese mustard and has more pungent taste than normal mustard. It’s made by stuffing lotus root with the mixture of karashi, miso, and honey, and deep-frying with skin made of colored flour.

Below you will find the nutrition information for a 3.5 oz (100g) of lotus root:

What Are the Benefits of Eating Lotus Root?

Lotus root contains abundant nutrients such as vitamin C, potassium, dietary fiber, and tannin (a kind of polyphenol). It is said that you can expect the following effects by taking vitamin C: for example, recovery from fatigue, to strengthen the immune system, and anti-aging.
It’s also said that potassium contained lotus root has a function of lowering blood pressure by excreting sodium into the urine.
In addition, antioxidant effect can be expected from ingredient called tannin (a kind of polyphenol) which cause blackening when lotus root is cut.

Can I Eat Lotus Root Raw?

Yes, you can eat it raw. The nutrients of lotus root are easily melt in water, that is why it’s better to eat it raw in order to take water‐soluble nutrients well. I would recommend to eat raw lotus root only when it’s fresh though. Please finish the preparation properly before you eat it raw by the way. There are 2 steps you should do: 1. Peel the lotus root, 2. Soak it in vinegar water* (or lemon water) for about 10 minutes.
*2 tsp (10ml) of vinegar per 4 cups (1 liter) of water

Do You Peel Lotus Root? Although lotus root can be eaten with skin essentially, some of them might bother you with a little hard skin. It’s better to peel it if you don’t like the texture of the skin.
By peeling lotus root, it can remove dirt from mud, the appearance will be more beautiful, and the taste can be soaked in very well. You’d better to peel it to remove dirt from mud completely especially when you eat it raw. Using peeler is much easier to do that rather than using kitchen knife.

Since I have been making various miso soup recipes for my blog, I would like to introduce several miso soup recipes using lotus root from past posts. I am planning to add more lotus root recipes, not only those but other type of dishes. Please use the followings as your reference so far! 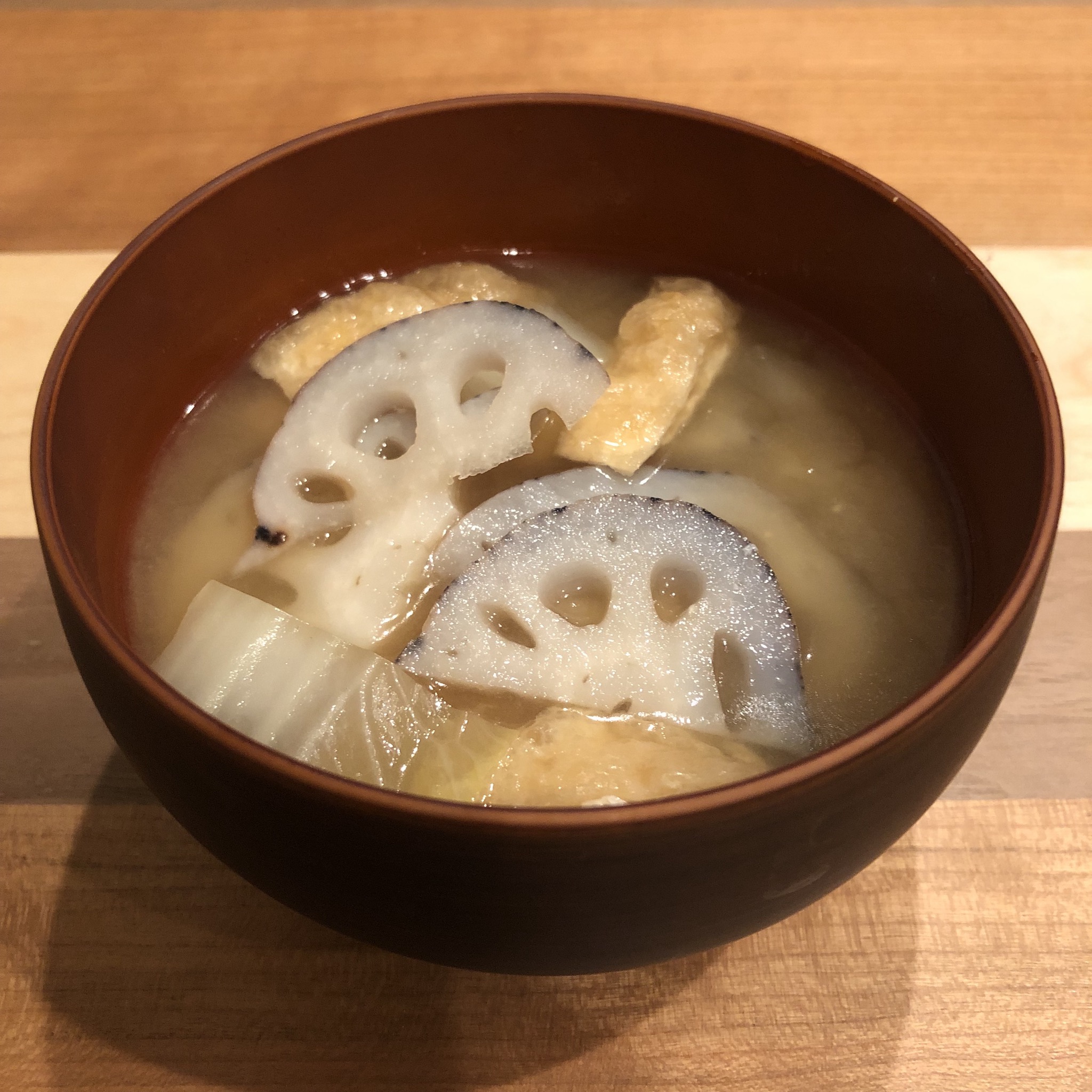 Lotus Root Miso Soup
This is the simplest recipe of miso soup that you can enjoy crunchy delicious lotus root.
GET THE RECIPE 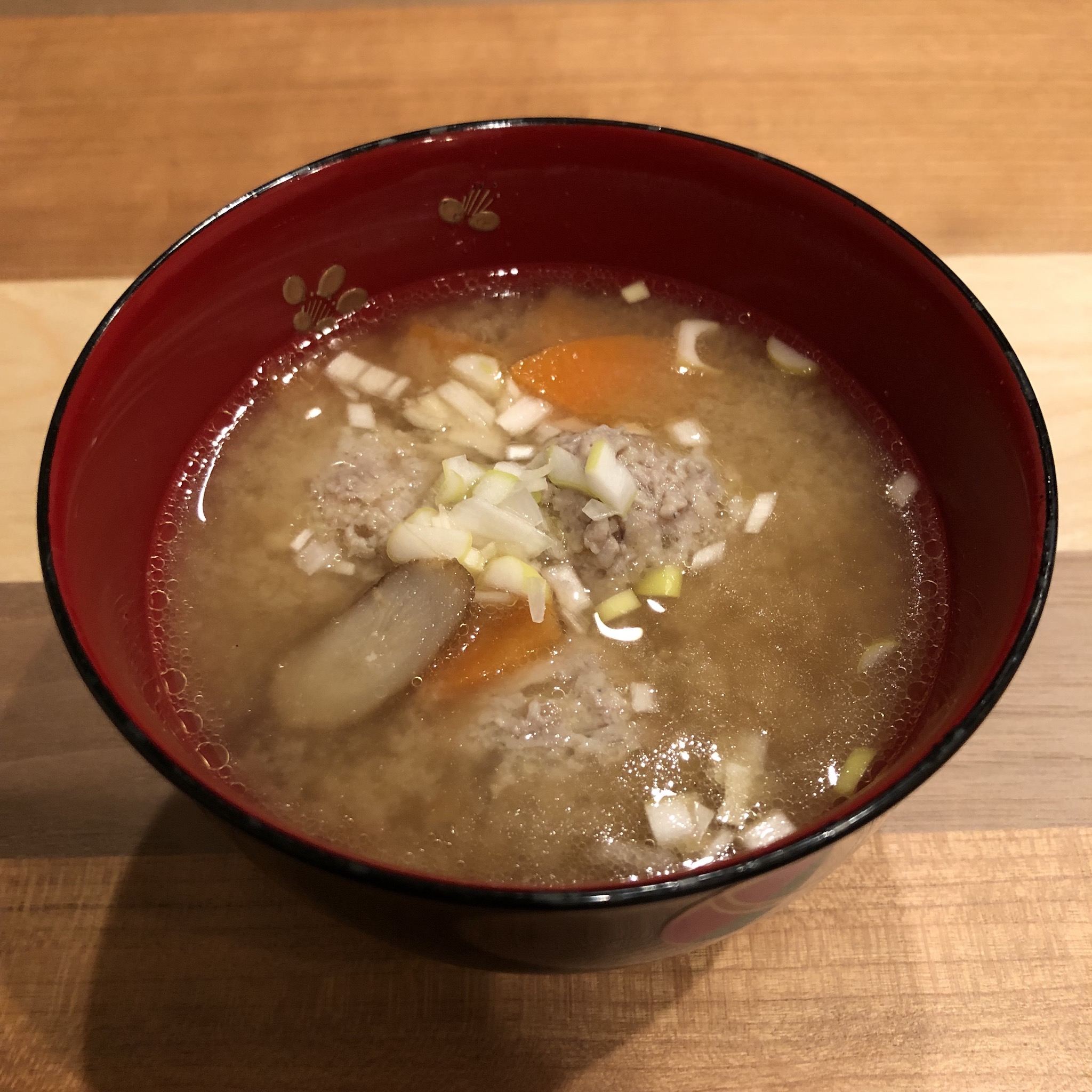