What Is Okara (Soy Milk Pulp)? 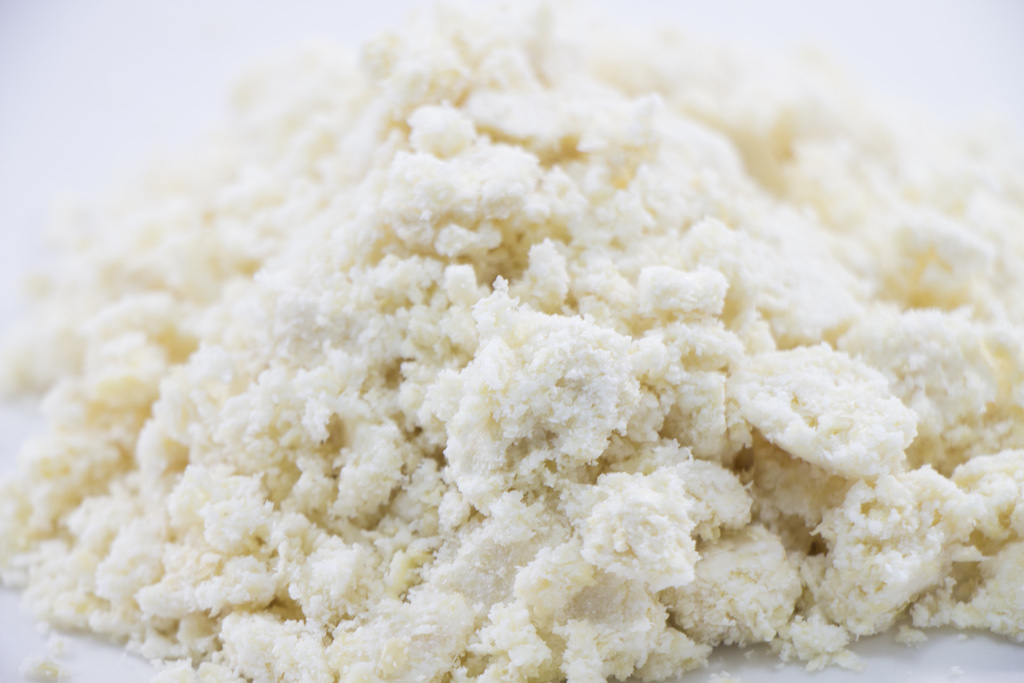 Okara is the residue that remains when squeezing soy milk in the process of producing tofu from soybeans. It’s also called “Unohana” in Japanese.

Let’s take a look at how soy milk, tofu, and okara are made so that it would be easy to understand.

1. Squeezed juice made from ground boiled soybeans is Soy Milk.

2. Food made by adding bittern and hardening soy milk is Tofu.

3. Residues left over in the step 2 is Okara.

Okara is a familiar food in East Asia such as Japan, China, and South Korea where tofu exists.
It contains much fiber, and is mostly eaten after cooking.

How Is Okara Used?

Because okara is the residue that produced in the process of producing tofu, it has been considered as an inexpensive dish. Since a very long time ago, tofu seller often had given okara away or thrown it away.

Okara is dehydrated in order to improve shelf life, and it’s supplied as a food ingredient nowadays. Unfortunately it’s often discarded because it easily decays in the time from discharge to reuse. 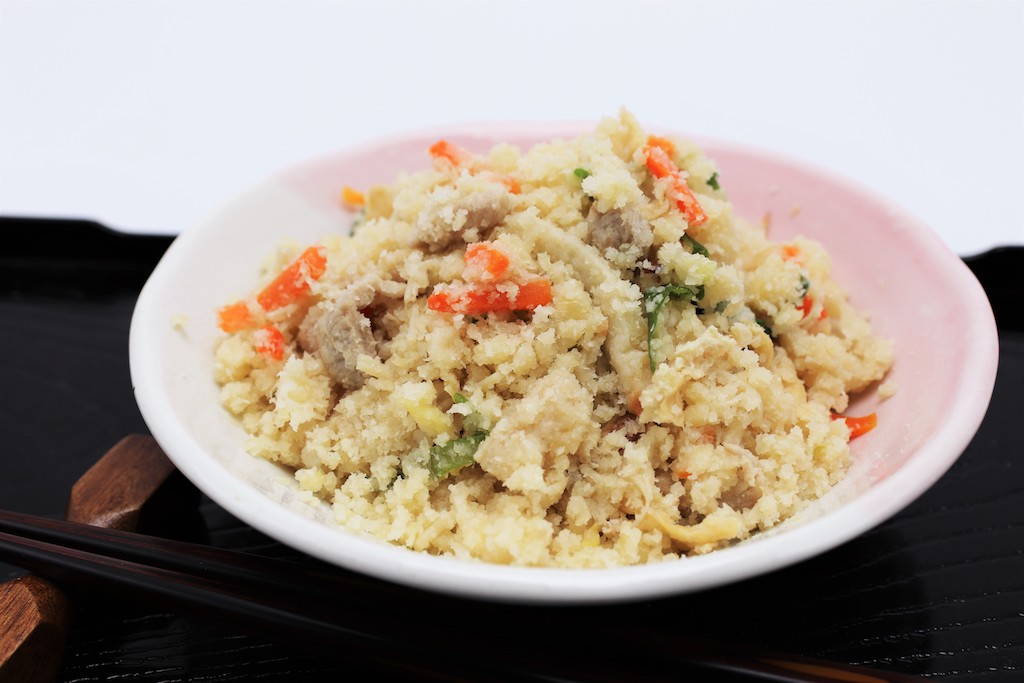 Traditional Japanese dish called “Unohana” is made by simmering okara, carrot, green onion, shiitake mushroom, and some fish cake. It has a sweet soy flavor. 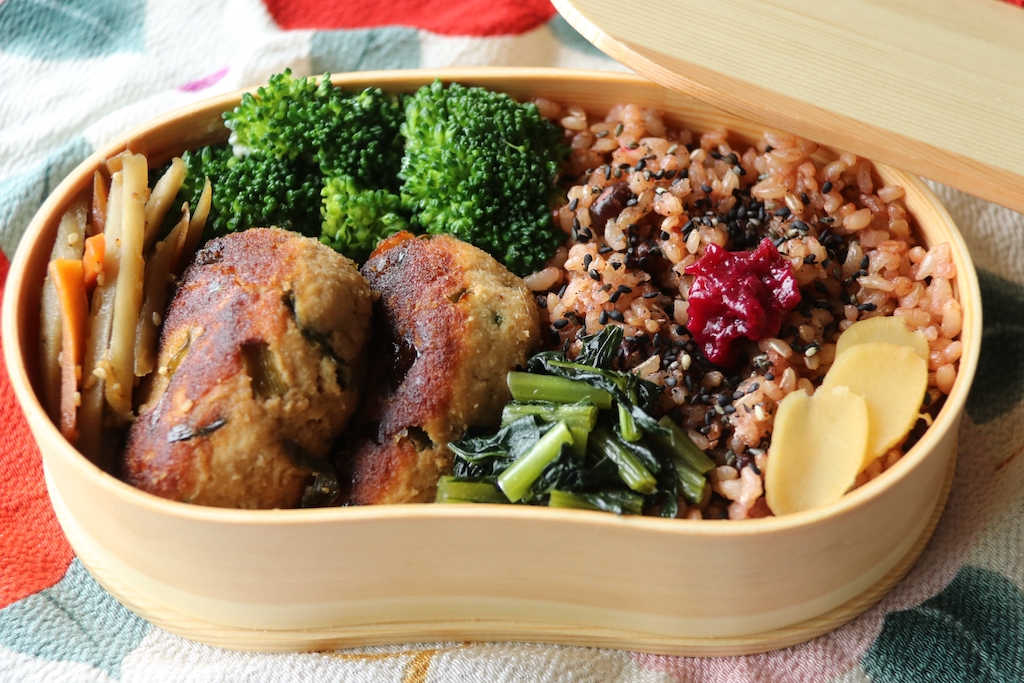 Hamburger steak using okara instead of ground meat. Okara can be healthy substitute for meat in various situations. In addition to hamburger steak, you can use it when making meat stuffed food. 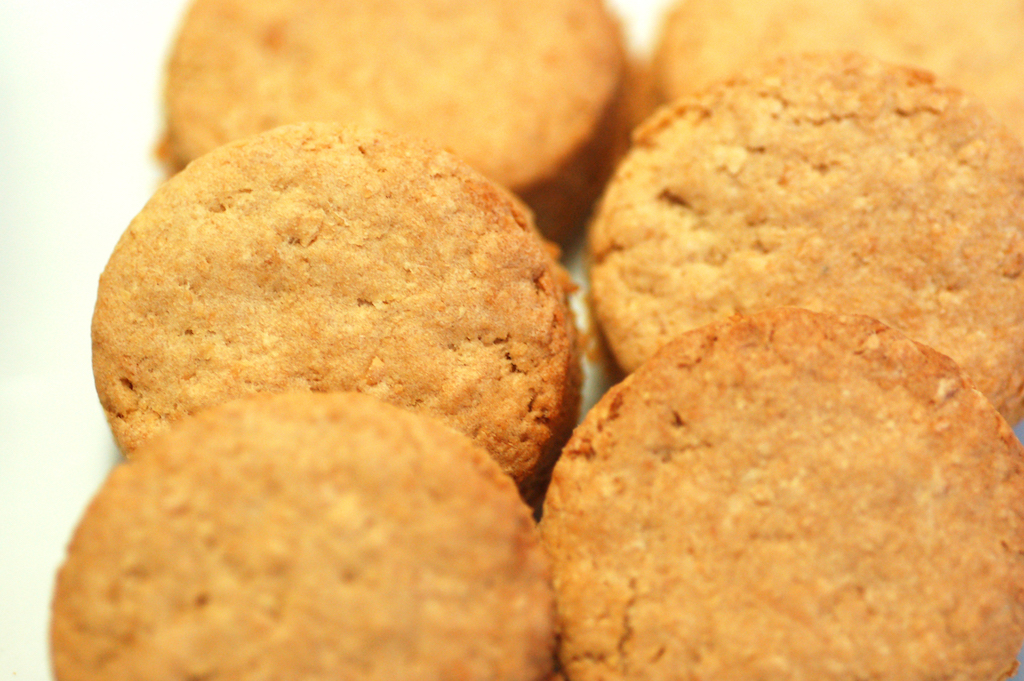 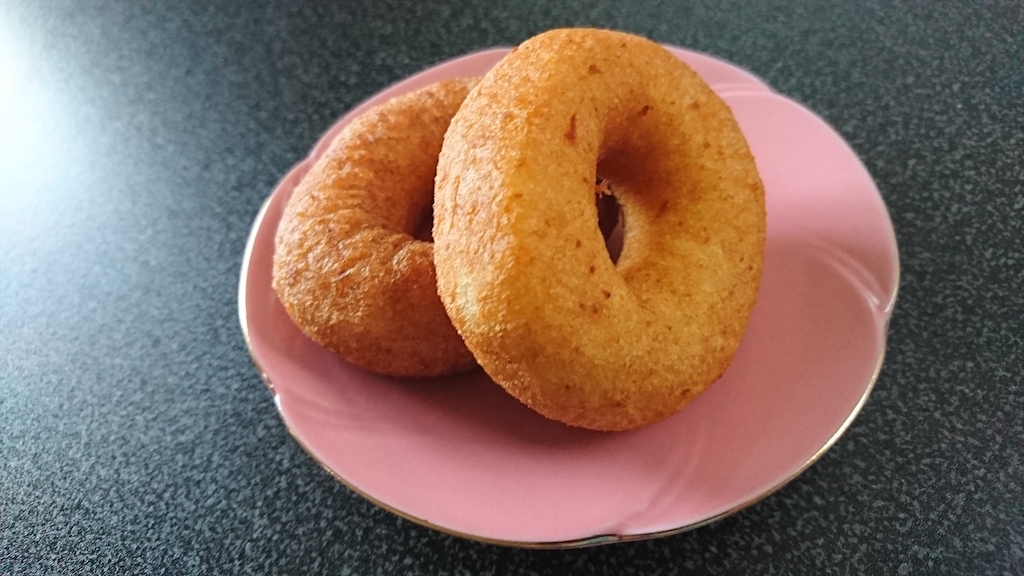 Other than those, there are muffins, cheesecakes, and so many kinds of sweets made with okara.
You can reduce calories by adding okara instead of soft flour. Since okara doesn’t have much taste, it’s better to add your favorite flavor such as chocolate chips, dried fruit, or sesame. 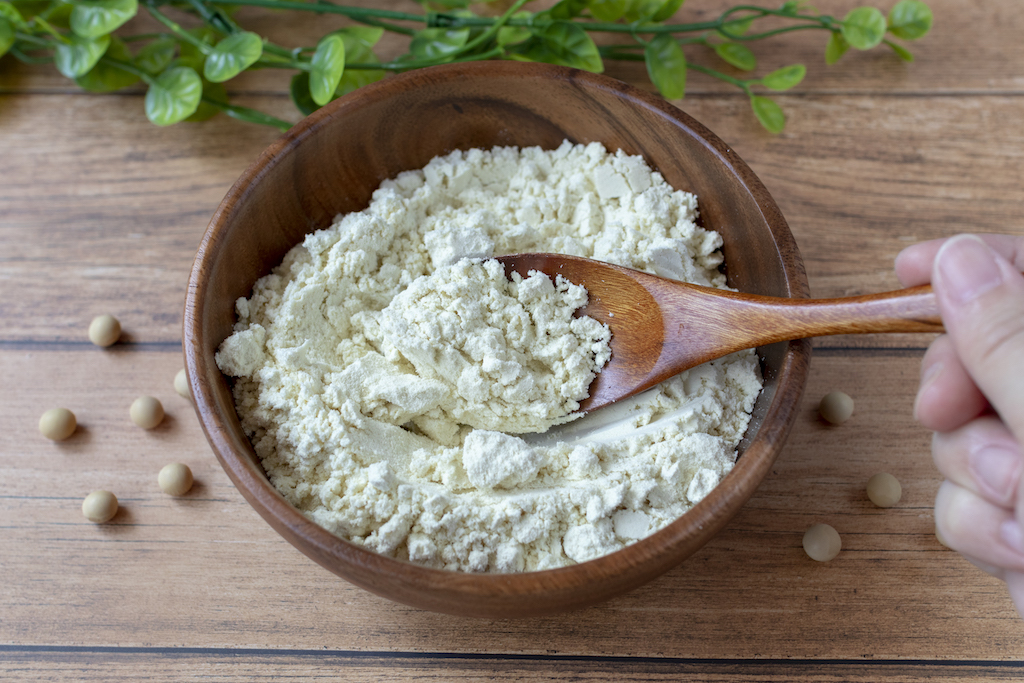 Raw okara does not last long, so okara powder which can be preserved a long time is getting popular nowadays. People often buy it for the sake of their diet.
You can sprinkle the powder on food for example pasta, mix it with smoothie or yogurt, and use it as substitute for meat or flour. 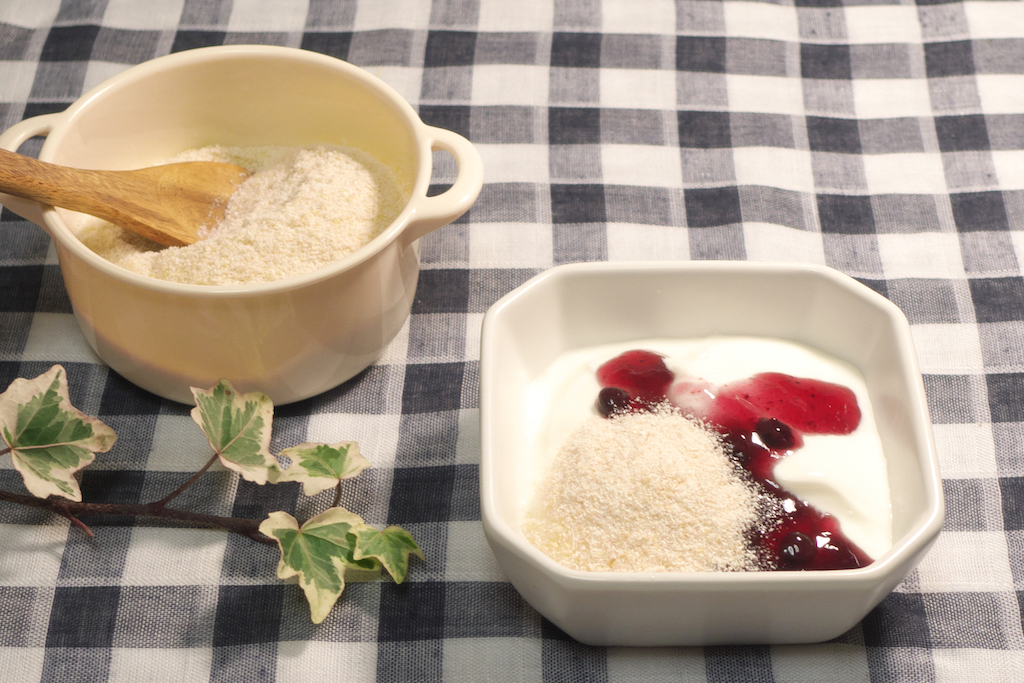 Is Okara Waste in Japan?

Although okara is edible, there was the Japanese trial result saying “Okara is waste” in 1999. That was because okara is the residue that produced in the process of producing tofu. Until then, there were many vendors that stocked okara from tofu sellers and sold it as livestock feed. But those people had faced difficulty since that trial because they must have permission to collect and dispose okara (“waste”)*.

A lot of okara have become waste for the above reasons in the present circumstances.

However, some of them has been reused as livestock feed. Also, technology for drying okara and making long-lasting feed is advancing, and there is even dryer exclusively for okara.

Perhaps, okara wouldn’t be defined as “waste” any more in future trials.

Various researches about the usage of okara have been done at universities and companies in Japan. For example, miso production using okara, use of okara for cereal foods, and development of cosmetics using ingredients contained okara. Also, some researches on the reuse of okara for biofuel has proceeded.

Can You Eat Raw Okara?

You might consider okara as the food that must be heated for eating. But actually okara can be eaten without heating it.
Even the raw okara is already heated in the process of producing tofu. Raw okara, however, is perishable and does not last long. So you should put it in the refrigerator immediately after purchase, and eat it all within that day.

Salad is one of the recommended dish using raw okara. 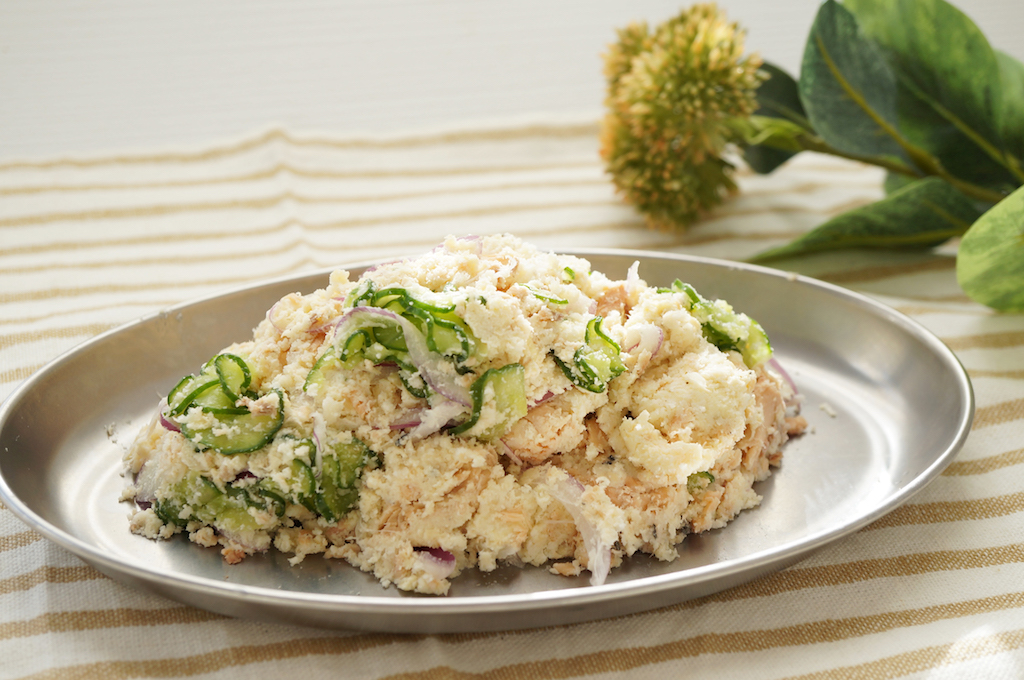 How Do You Store Okara?

If you can’t finish raw okara, or you’re not going to eat it right now, it’s time to make dried okara.
Prepare a frying pan, and just roast okara for 5-10 minutes. Once the okara is cooled, it is good to divide into small freezer storage bags and freeze. It’s said that frozen dried okara will last about 1 month.
Although you can also freeze raw okara without roasting, dried one does not lose its taste and lasts a longer time.

How Do You Dehydrate Okara? – Recipe for Dried Okara (Okara Powder) 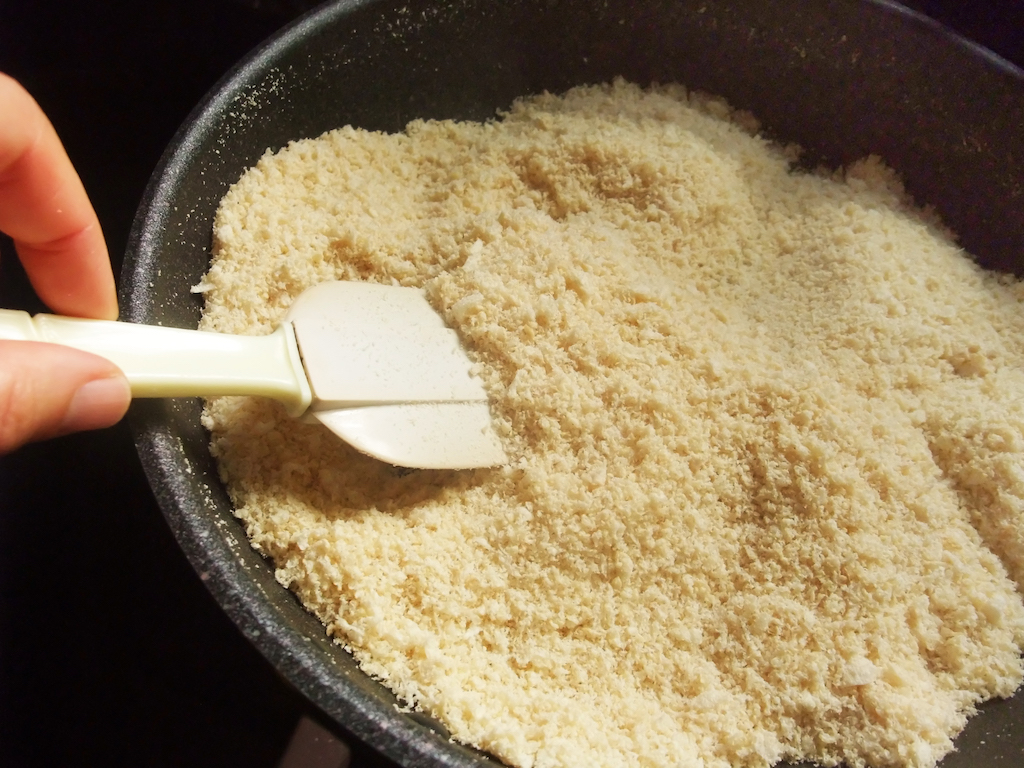 1. Heat the frying pan over high heat, put okara, and roast it.

2. Reduce the heat to low when the okara gets warm and steam rises, and heat for about 10 minutes while mixing with a spatula.

3. Remove from heat and take rough heat when the moisture went away and okara gets powdery.

Tips
・Do not leave on high heat otherwise okara may burn.
・Make sure to heat while stirring continually, and check if the moisture is going away well.
・Use a food processor if you want to make dried okara even finer.

Below you will find the nutrition information for a 3.5 oz (100g) of raw okara:

What Are the Benefits of Eating Okara

Okara is very low in sugar and low in calories, while it’s filling at the same time. So it might be great supporter for people on diet by replacing protein or carbohydrate with okara.

What’s the Difference Between Red Bean Paste and White Bean Paste?
What Is Nukazuke and How To Make It?
Home
JAPANESE INGREDIENTS