Sushi known to the world as a representative of Japanese food.

What kind of sushi do you like?
There are more than 100 types of sushi in Japan. Tuna, Sea urchin, Salmon roe, etc. Recently, there is also meat sushi, haha. Corn mayonnaise sushi or salad sushi are also popular especially amongst kids.

What kind of sushi material do Japanese people like?

Here, I would like to introduce the TOP 30* that are popular amongst Japanese people. 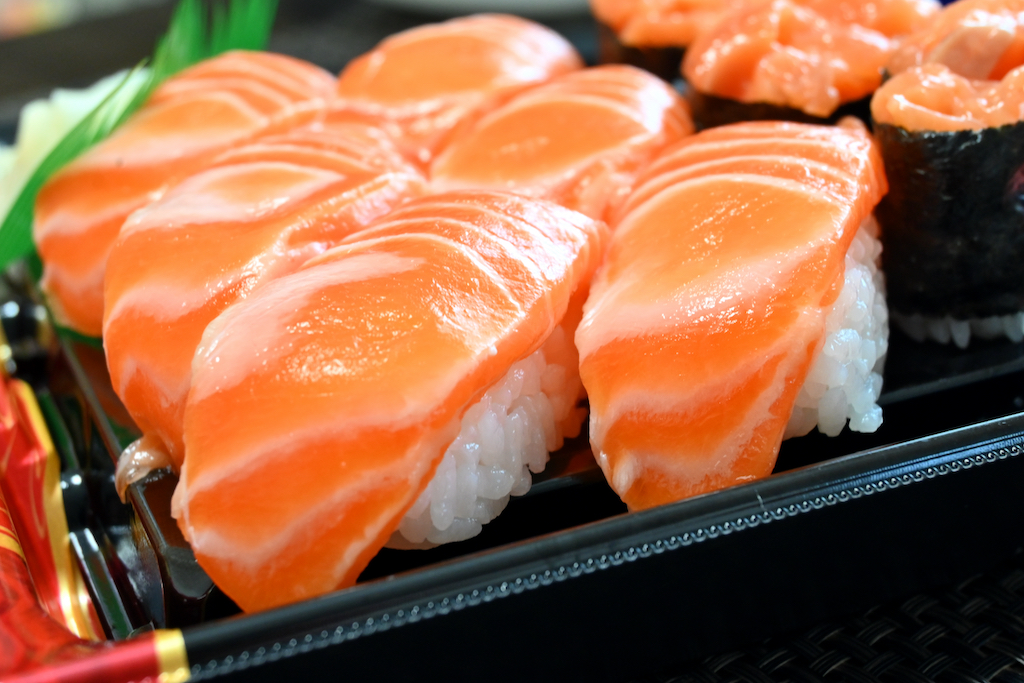 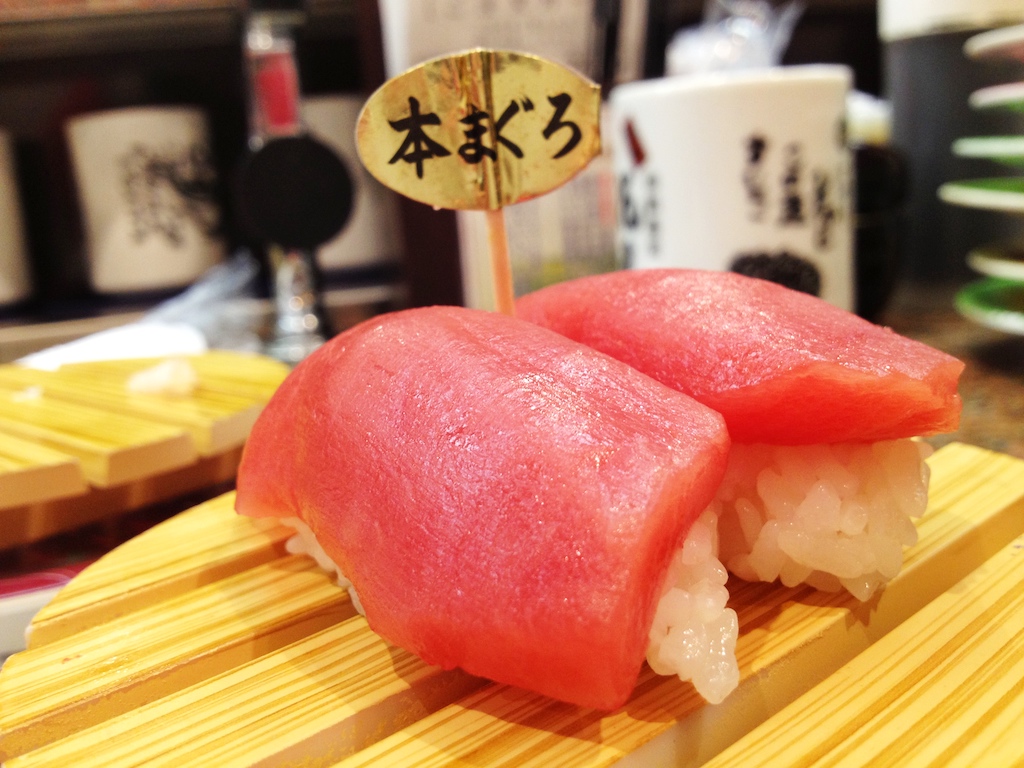 I think tuna (maguro) is the most popular and traditional sushi material in Japan. Red tuna doesn’t have mush fatty, so it refreshing and extremely delicious. 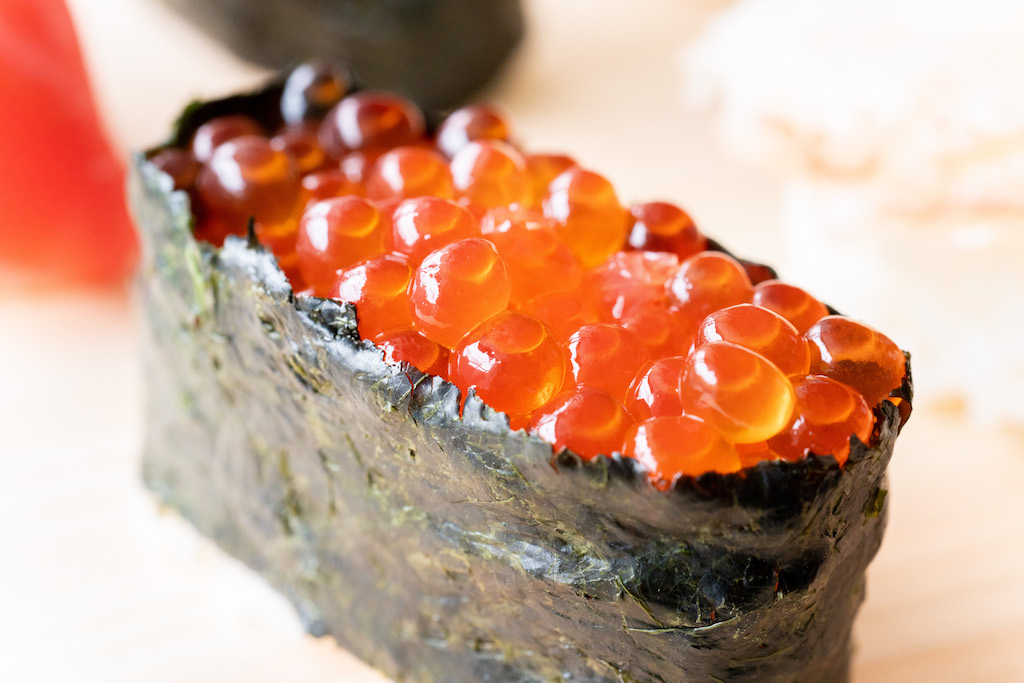 The egg membrane cracks and the inside of the egg pops out at the moment you chew the salmon roe. The rich taste of the egg is amazingly delicious!

What Is Ikura (Salmon Roe) and How Is It Used? Sea urchin (uni) has rich and melty taste. Many people are fascinated by the unique but fantastic scent of fresh sea urchin. Medium fatty tuna (chu-toro) has a moderate amount of fat and is seriously delicious. It is no exaggeration to say that it looks brilliant and is the king of sushi. Prawn has a crispy texture and sweetness. The beautiful boiled prawn is extremely tasty, and even people who are not good at raw food can eat deliciously. 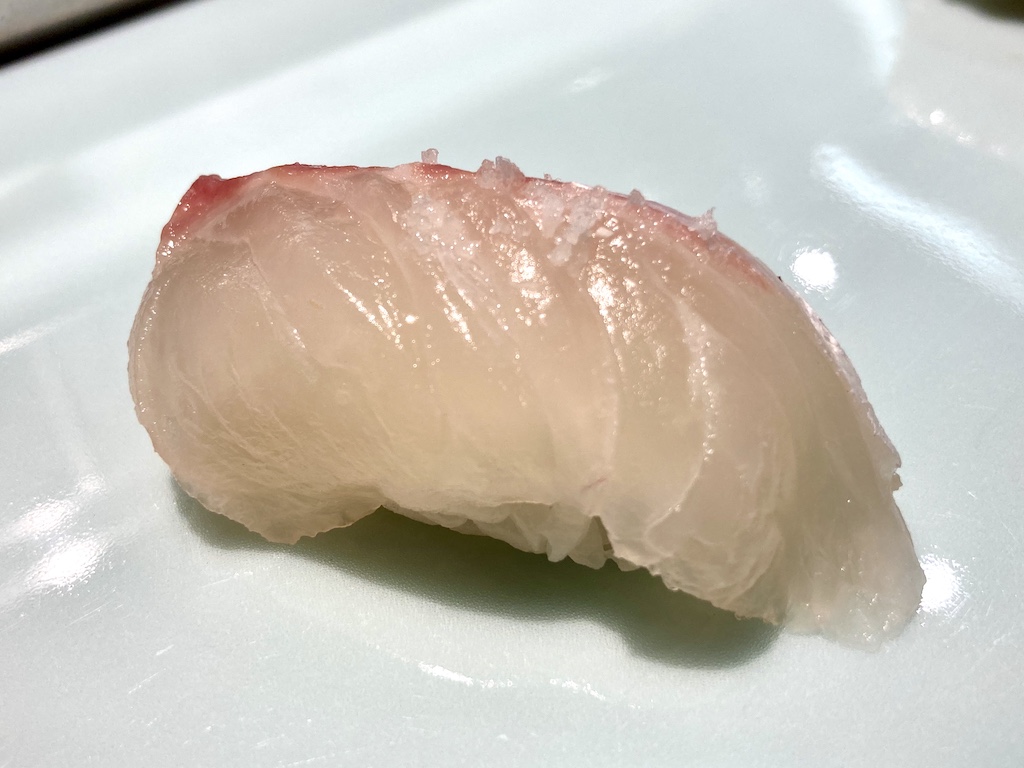 Sea bream is characterized by a fairly low odor, and it tastes refreshing. Basically, people eat it with soy sauce, but it is also recommended to eat with salt. Yellowtail (buri) eaten in winter is fatty and delicious. It’s best that the sweetness melts in your mouth. 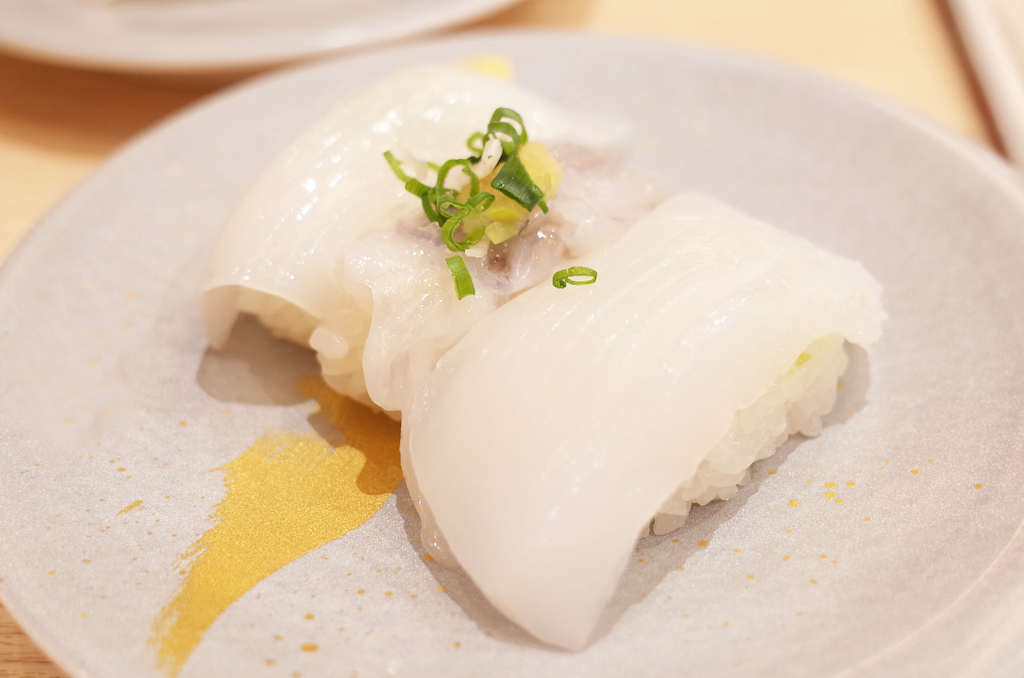 The more you chew squid sushi, the more the flavor comes out. It has smooth but chewy texture and you can feel refined sweetness of squid. Scallops has very soft texture and it tastes sweet. I think it’s easy to eat even for people who are not good at fish. Fattiest tuna (oh-toro) is generally the most expensive tuna. Some people say it has too much fat, but it’s known as the luxury sushi material. It will melts in your mouth, and absolutely delicious. 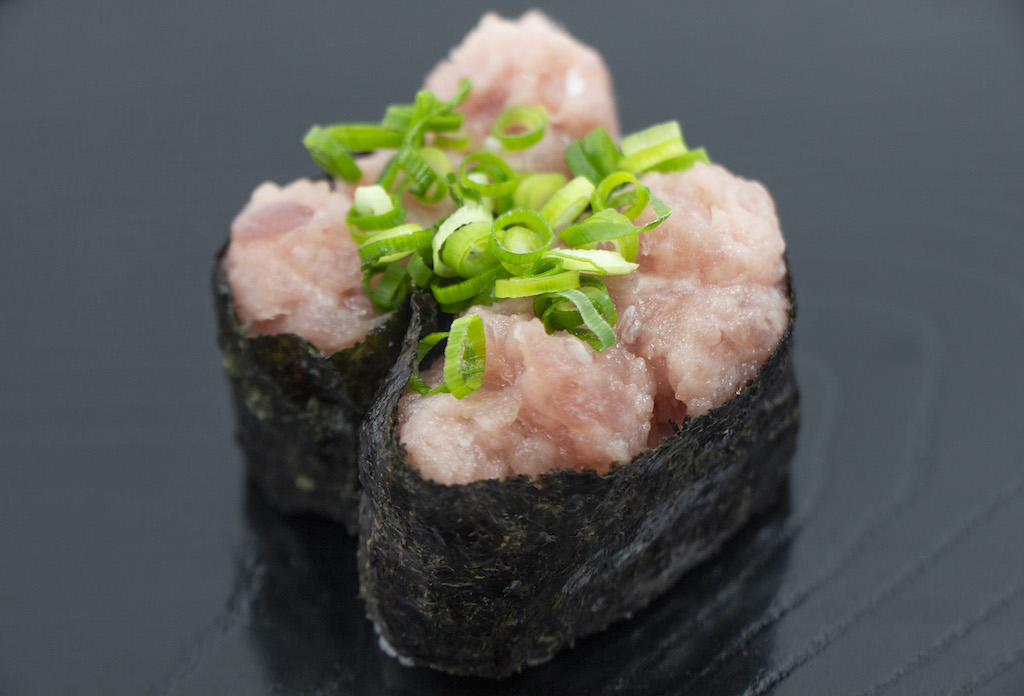 Minced tuna (negitoro) means a paste of raw tuna containing fats and oils. It’s made by wrapping a strip of nori around a rice ball. It’s also used as a thin sushi roll ingredient. This is called “engawa” in Japanese, and it means muscles to move fins. It’s characterized by a firm, almost crunchy texture.
It’s supposed to be using flounder as an ingredient. Since flounder is very expensive material, engawa is often made with alternatives such as flatfish. It is said that octopus tastes better when boiled. Therefore, when used for sushi, it is usually used after boiling. It has a little chewy texture and matches so well with wasabi soy sauce. 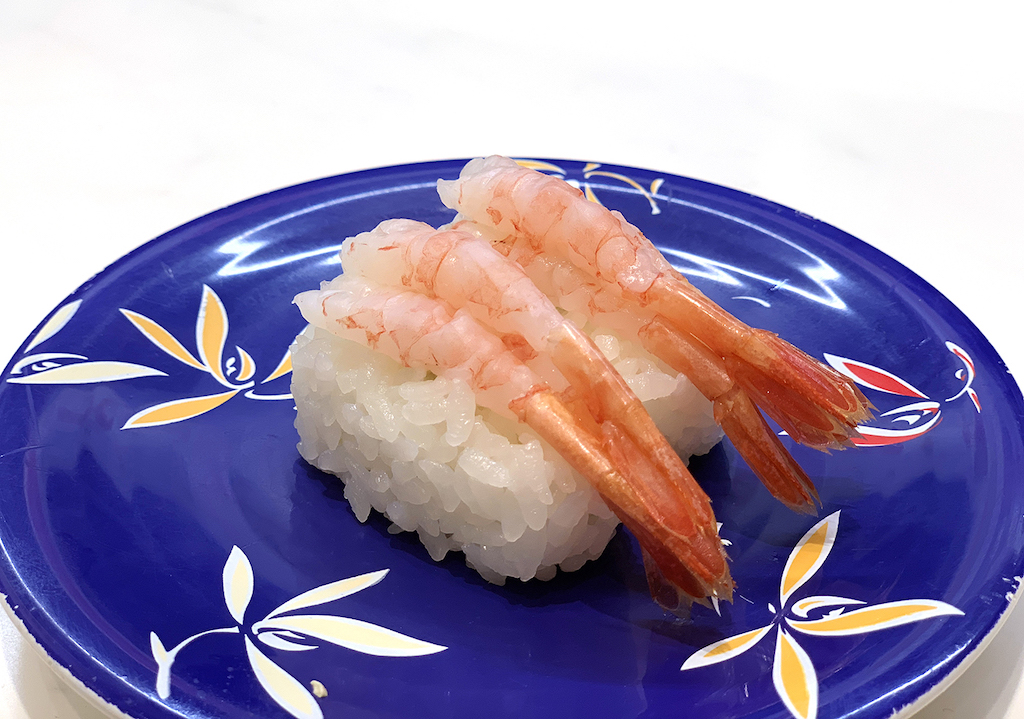 As the name suggests, it’s sweeter than the regular shrimp (prawn). I really like the creamy texture of this. Sweet and salty sauce matches perfect with the grilled unagi (eel). You must love this savory unagi sushi! 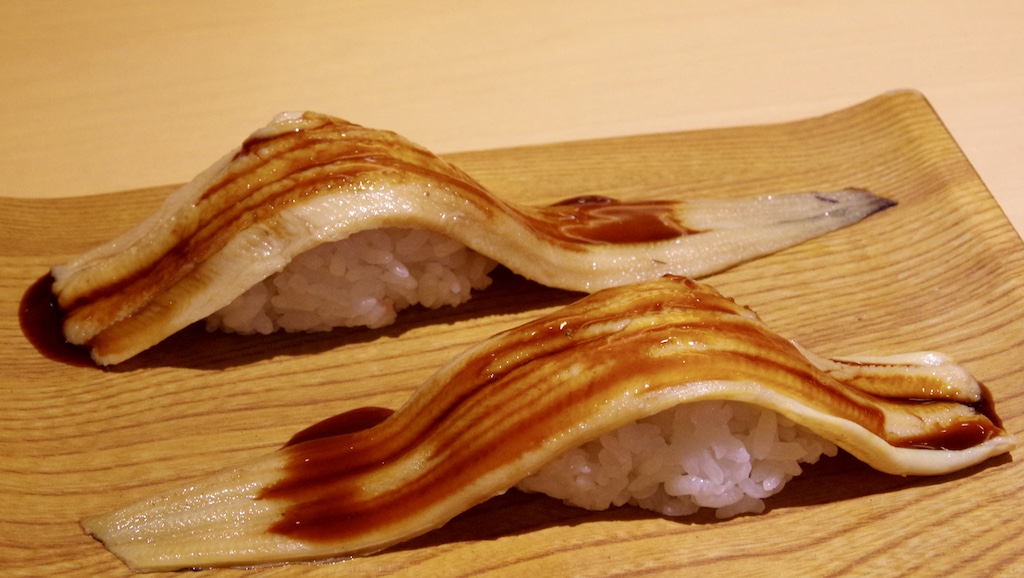 The sweet sauce of conger eel (anago) is similar to the one of eel (unagi). But, the texture of anago is a little more fluffy than unagi. 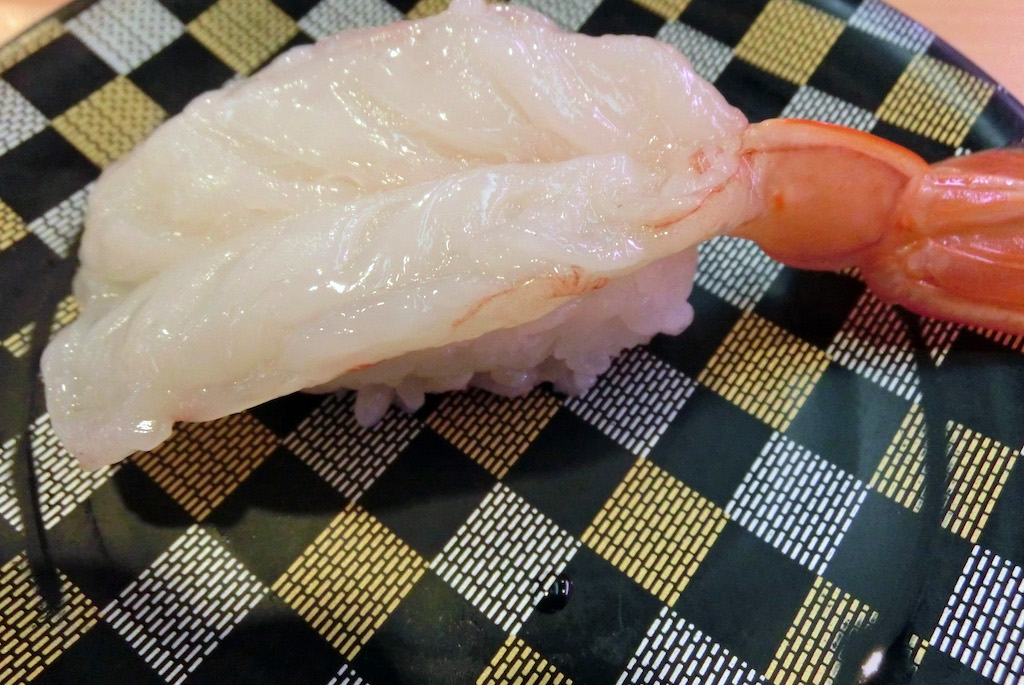 Botan shrimp is thicker than boiled prawn sushi, so it looks luxurious! You can enjoy creamy thick shrimp. 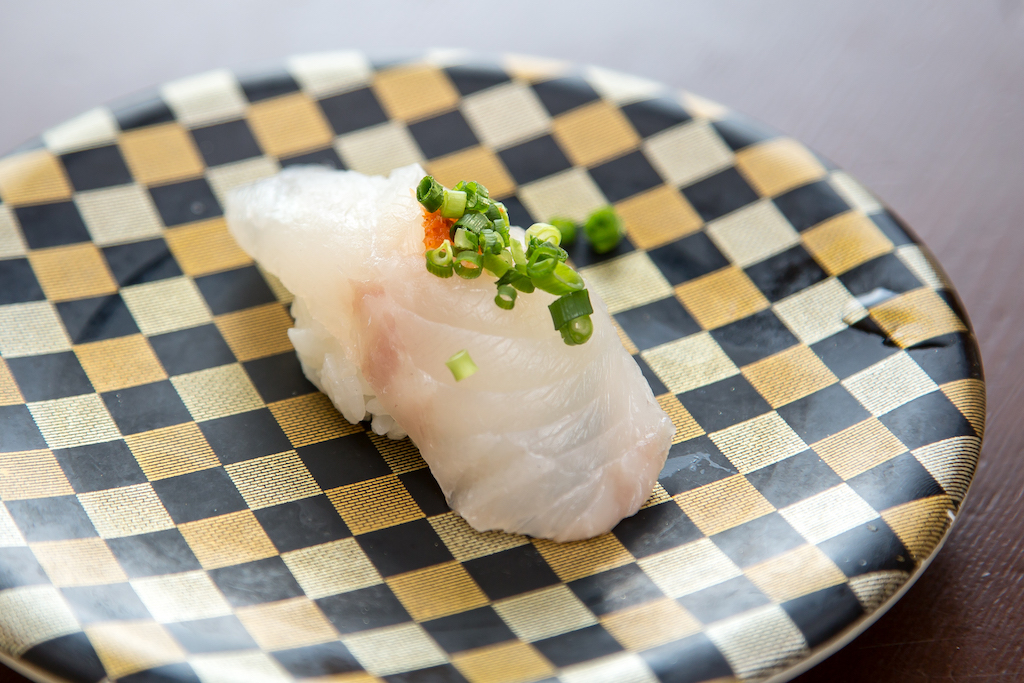 Flounder (Hirame) has simple taste, so it’s often marinated in kombu (kelp). The umami component of the kombu will be transferred to the fish, and it becomes even more delicious.
Pouring some kind of citrus fruit juice on the flounder sushi is also amazing topping. 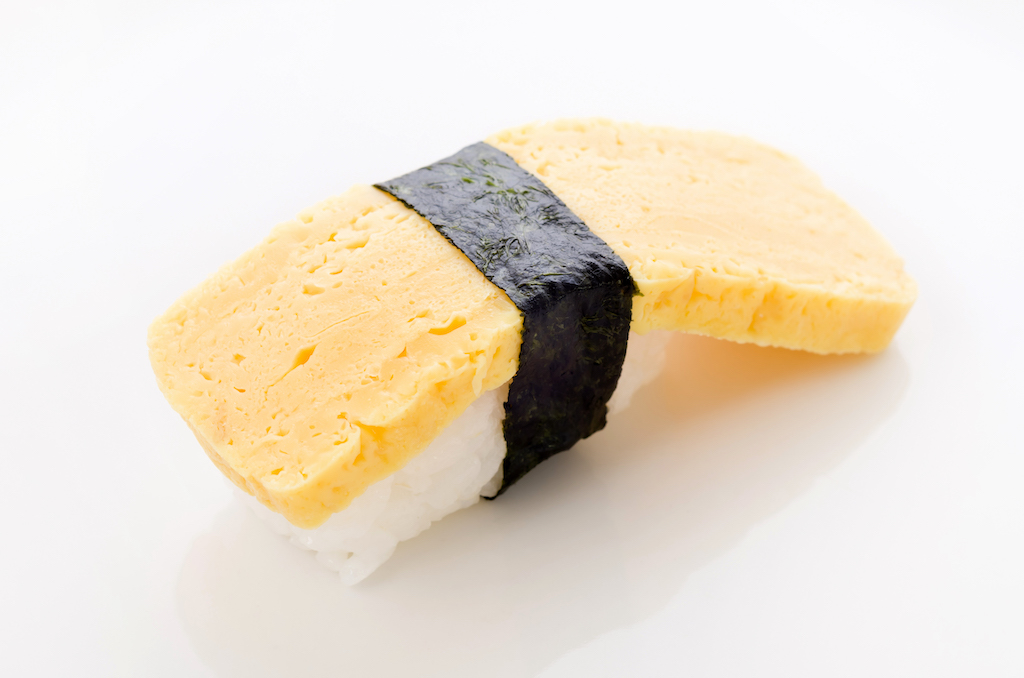 It’s cut thick omelet on top of sushi rice. The sweet delicious omelet and a little nori seaweed are the best match. 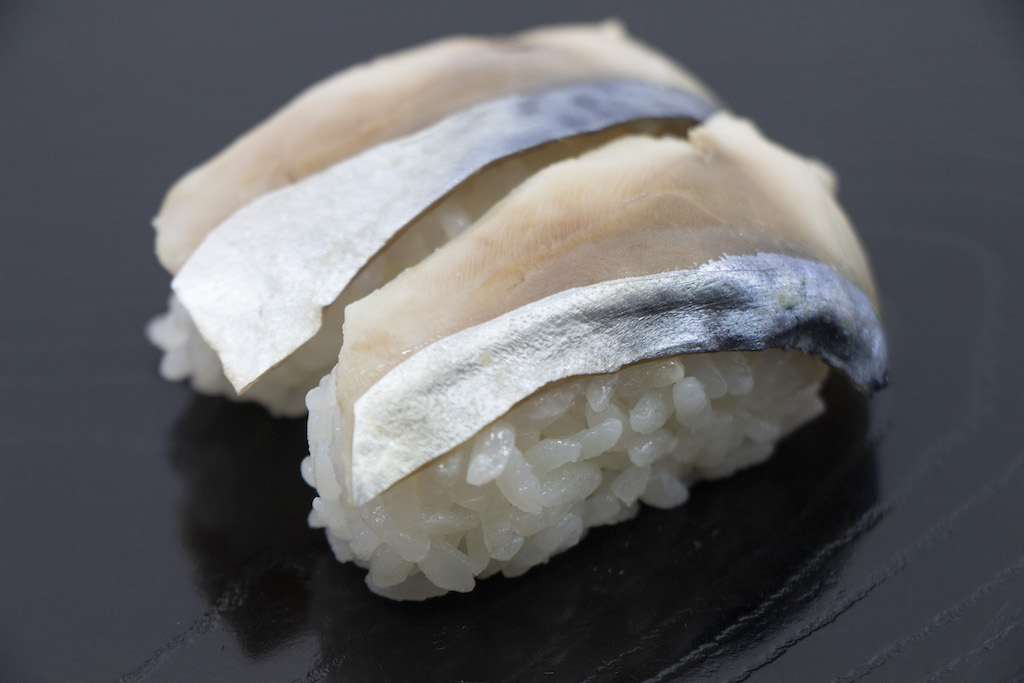 Kani-miso is the term used when treating the crab’s midgut gland as a food ingredient. It depends on your preference, but it has great rich delicious taste. (The picture is the one served with crab meat together.) Tobiko is food made by salting flying fish roe. Bubble wrap texture when chewed is interesting. Also, it often used in California rolls. The fresh horse mackerel has to be eaten as sushi. It has great flavor and umami. Grated ginger and green onion are the best condiment for this. The surface of bonito is usually lightly roasted, and served with some condiment such as green onion. Bonito is not only for the dashi ingredient, but absolutely delicious material for sushi. Red clam is one of the traditional material for sushi. It has a little chewy texture and subtle sweetness. Baby sardine taste really good both raw or cooked. The raw baby fish is rare, and extremely delicious. So, don’t miss it when you have a chance to eat! 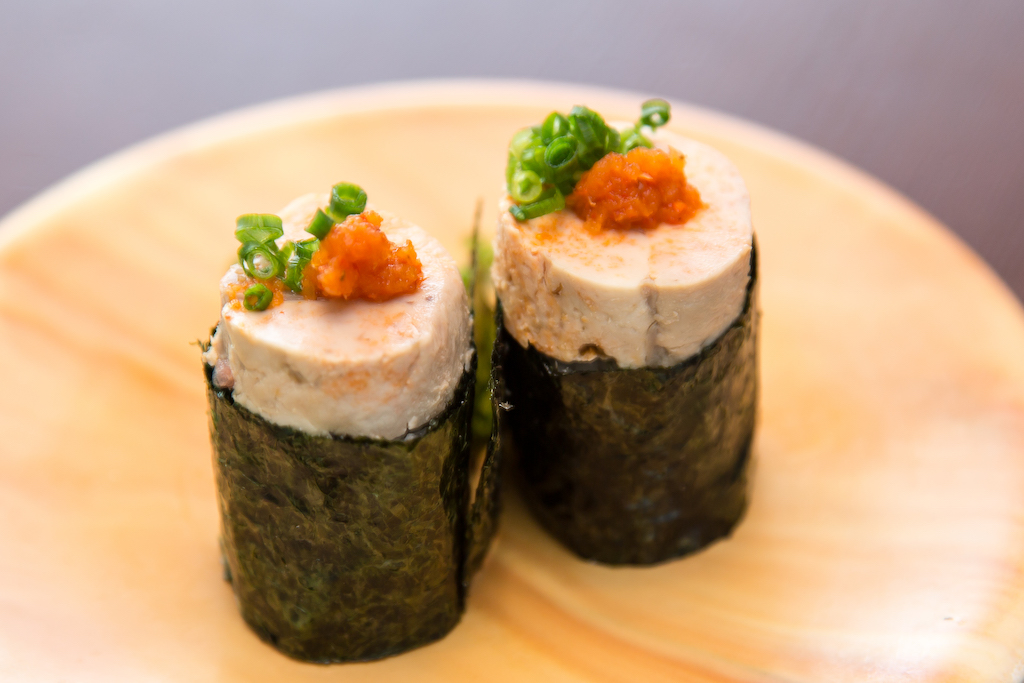 Monkfish liver has smooth texture and very rich taste. It’s popular finger food when drinking in Japan. The taste is like a foie gras but it’s even more creamy.

7 Types of Wakame and Their Uses
What Is Koyadofu and How Is It Used?
Home
JAPANESE INGREDIENTS