When it comes to shrines and temples in Japan, I think many people think of Kyoto.

In fact, there are many famous temples in Nara as well. Rather, there are more temples that every Japanese knows in Nara than in Kyoto.

Many are registered as World Heritage Sites, and they are the place where you can experience old history of Japan.

Please visit not only Kyoto but also temples and shrines in Nara! 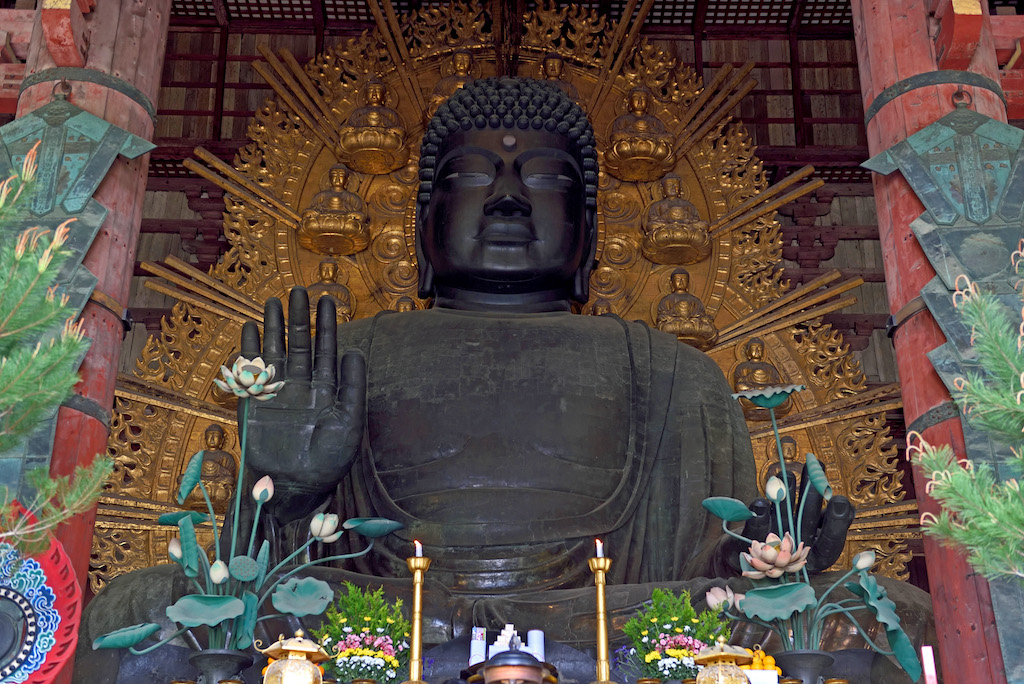 Todaiji is the grand head temple of the Kegon Sect of Buddhism built by Emperor Shomu in the Nara period with all his national power.

It is known as” Temple of Big Buddha”, and gathering a wide range of beliefs from ancient times to modern times.

It’s registered as a World Heritage Site by UNESCO in December 1998 as part of the ancient capital Nara’s cultural assets.

Horyuji is the grand head temple of the Shotoku Sect of Buddhism built by Prince Shotoku during the time of Empress Suiko.

It’s the oldest wooden building in the world, and registered for the first time in Japan with Himeji Castle as a UNESCO World Cultural Heritage Site.

Valuable buildings and treasures of each era including Asuka period exist in the vast precincts. 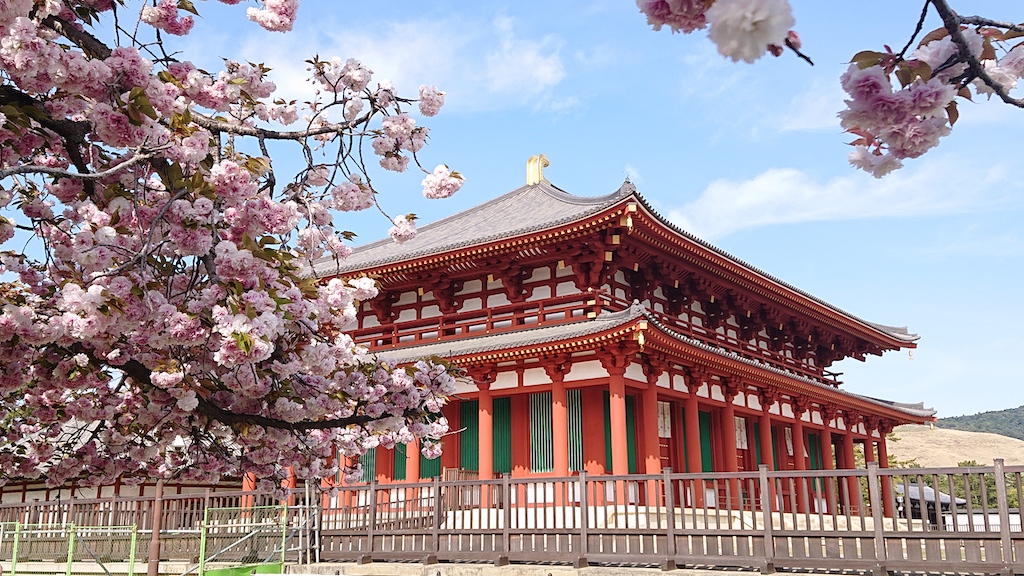 Kohfukuji is the grand head temple of the Hssou Sect of Buddhism.

You can enter and leave the precincts with the five-storied pagoda freely.

Many temple treasures including Tenpyo sculpture are astonishing.

It’s registered as a World Heritage Site by UNESCO as part of the ancient capital Nara’s cultural assets. 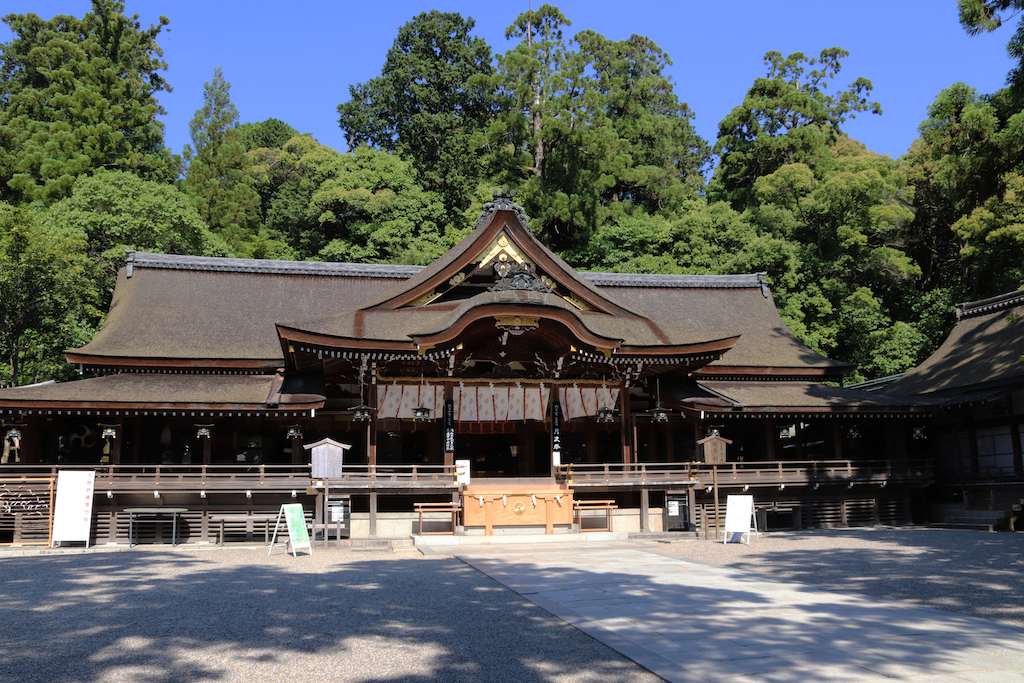 Ohmiwa Shrine (Ohmiwa Jinja) is one of the oldest shrines in Japan.

The god is Mt. Miwa itself, there is no main shrine. It is a sacred place that has been worshiped as a “mountain where God dwells” for a long time. You will worship from the front shrine to the mountain through the Mitsu Torii. 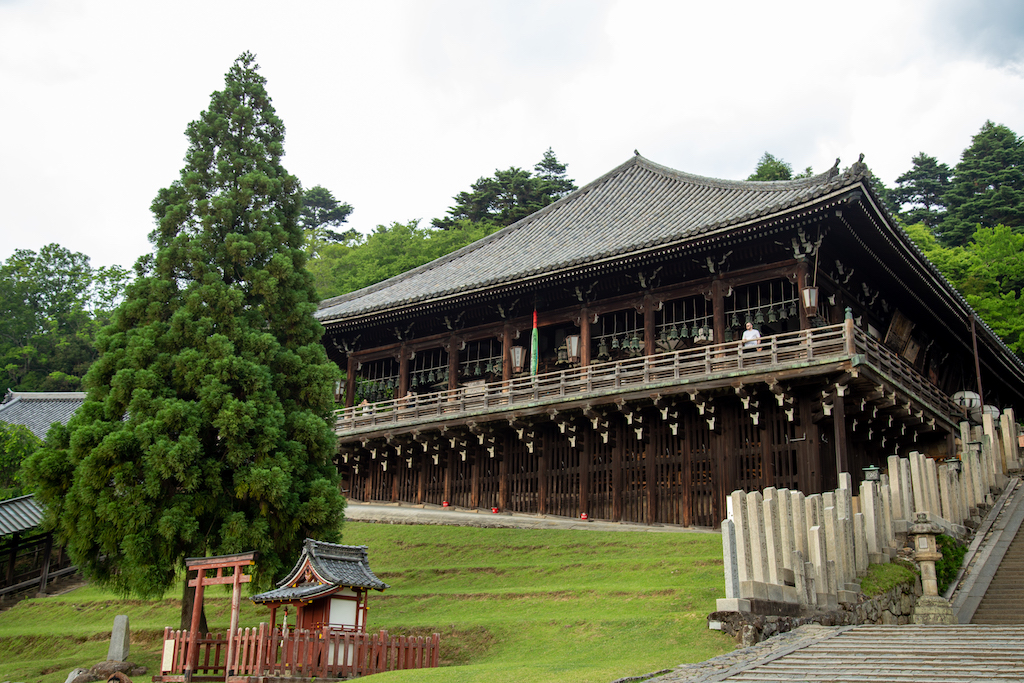 Todaiji Nigatsudo is the Buddhist temple built in the Nara period located on the grounds of Todaiji Temple.

The existing building was rebuilt in 1669, and it’s designated as a national treasure of Japan.

The building is the place where the event called “Shuji-kai” is held. This event is known as a Nara’s early spring tradition, and this is traditional religious event of repent for sin in front of the Buddha. During this event, usually about 2 weeks in March, monks who cleansed the mind and body repent by the rough deeds and pray for peace in the world. 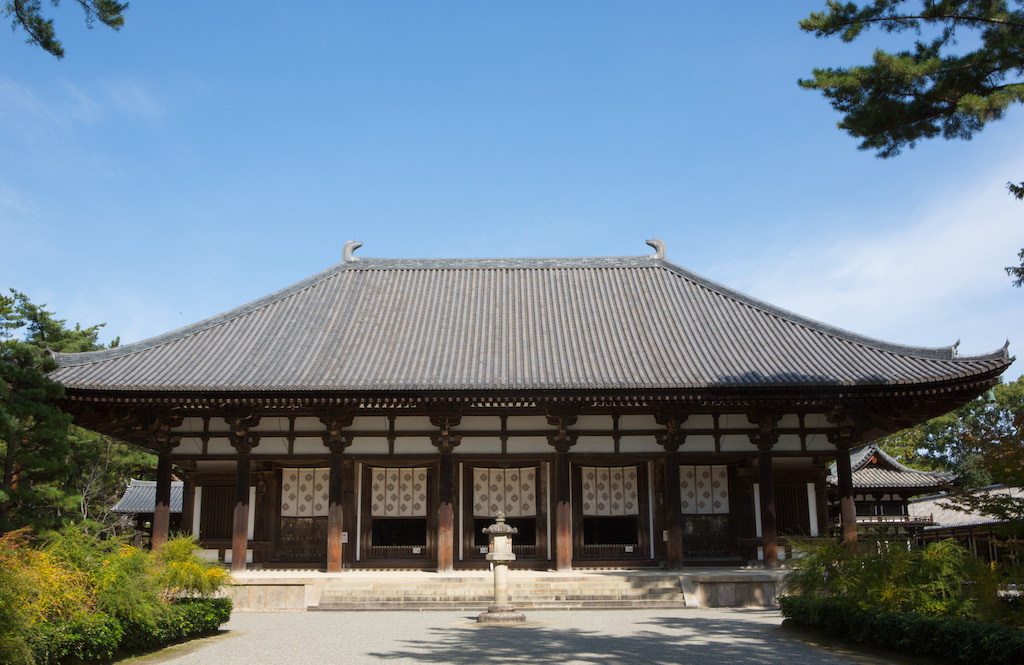 Toshodaiji is the grand head temple of the Ri Sect of Buddhism built by the monk from Tang, Jianzhen. It’s registered as a World Heritage Site by UNESCO in 1998 as part of the ancient capital Nara’s cultural assets.

It has many cultural properties including the main hall (Kondo) and the lecture hall built in the Nara period. Tenpyo Buddhas line up in the Kondo, which is famous for its beautiful entasis pillars. 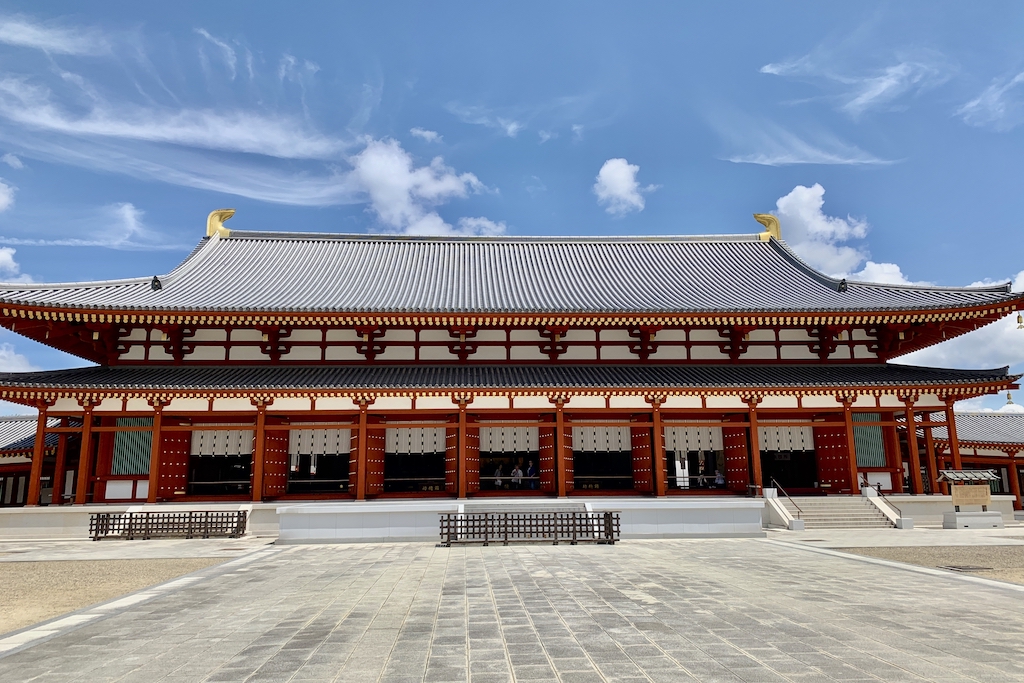 Yakushiji is the grand head temple of the Hosso Sect of Buddhism.

The kanji character “薬” means “medicine”. As you can see from this character, Emperor Tenmu built it in the hope that his wife (Empress Jito)’s illness would be cured. After that she recovered, but Emperor Tenmu fell ill at that time. Eventually, he was demise without seeing the completion of the temple.

Inheriting the will of her husband, Empress Jito completed the temple. So, Yakushiji is a temple built by the love of a married couple.

It’s registered as a World Heritage Site by UNESCO in 1998 as part of the ancient capital Nara’s cultural assets. 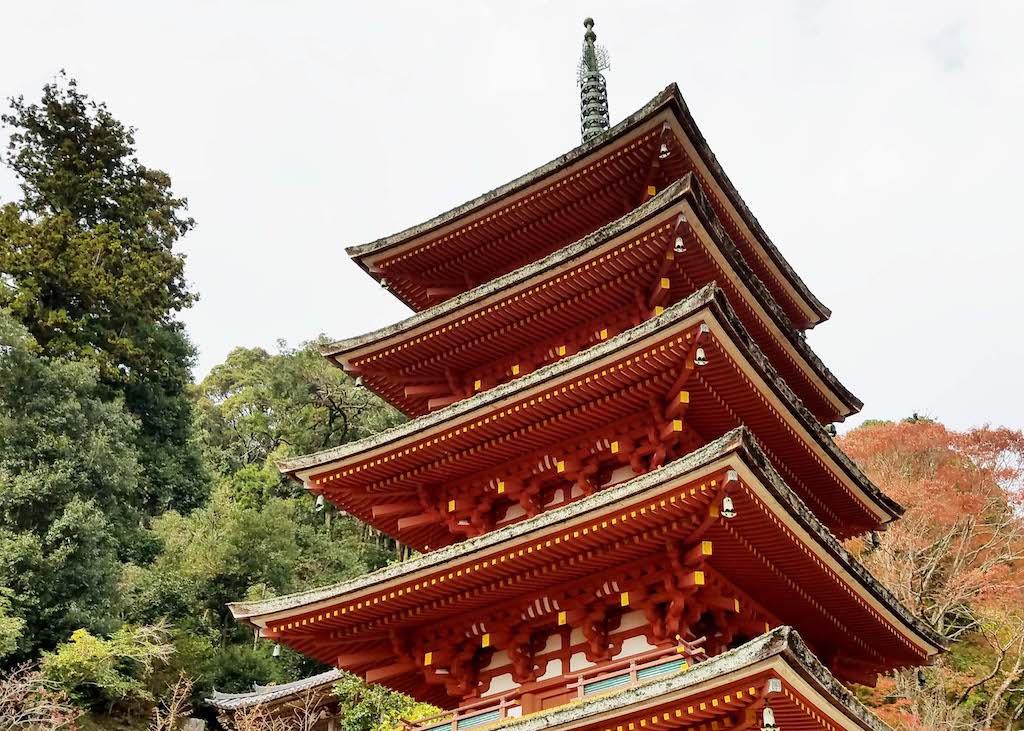 Hasedera is the grand head temple of the Shingon sect Toyoyama school of Buddhism.

This temple is also known as Flower Temple, and beautiful flowers bloom here and there in the precincts every season.

You can see various buildings and exhibits that are designated as an important cultural property, for example, the main gate called nioh-mon, the elegant 399 steps of corridor, and so on. 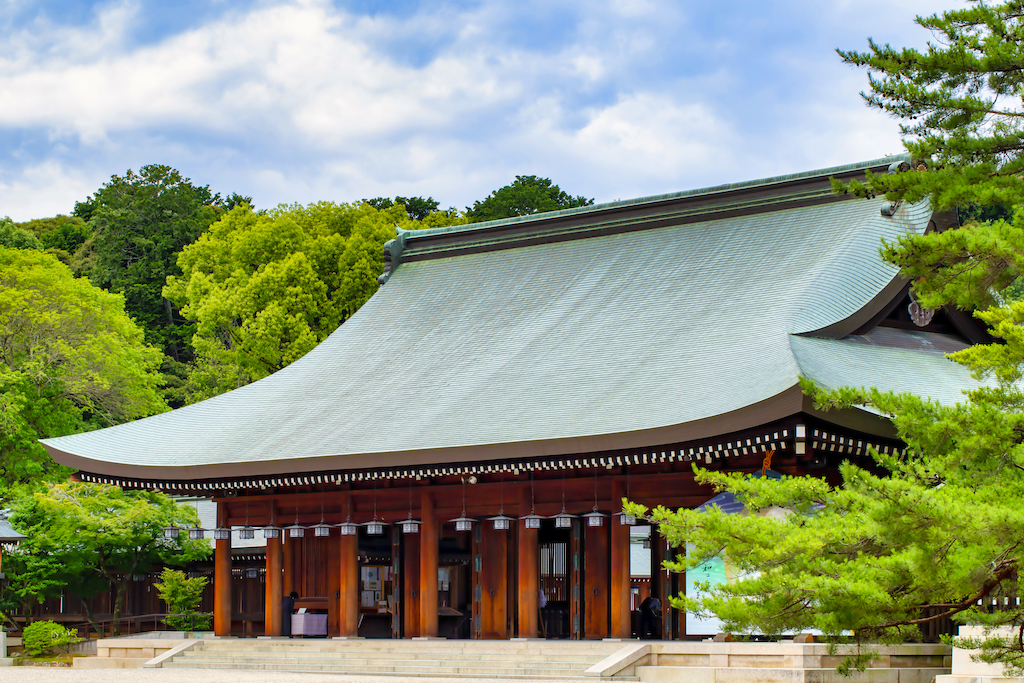 The main shrine is a relocation of the palace sanctuary in Kyoto Imperial Palace. It is designated as an important cultural property. 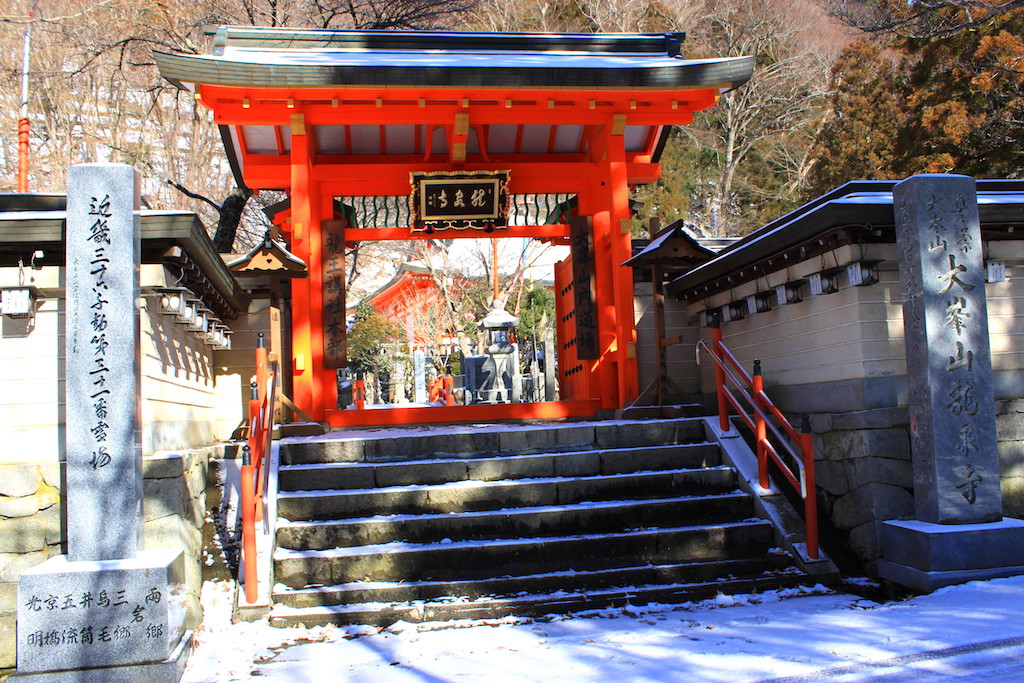 Ryusenji is the grand head temple of the Shingon sect Daigo school of Buddhism.

It is a sacred place that believers and climbers must visit as the root dojo of Shugendo (Japanese mountain asceticism incorporating Shinto and Buddhist concepts).

10 Best Temples and Shrines To Visit in Chiba
Potato Starch vs Flour – Which One Is Good for Frying?
Home
TIPS for JAPAN TRIP