Let’s check the list of foods that start with “お” for here.

It’s Japanese term for “hors d’oeuvre”.
In Japan, it refers to appetizers including assorted liquor snacks and light meals that served at parties, etc. 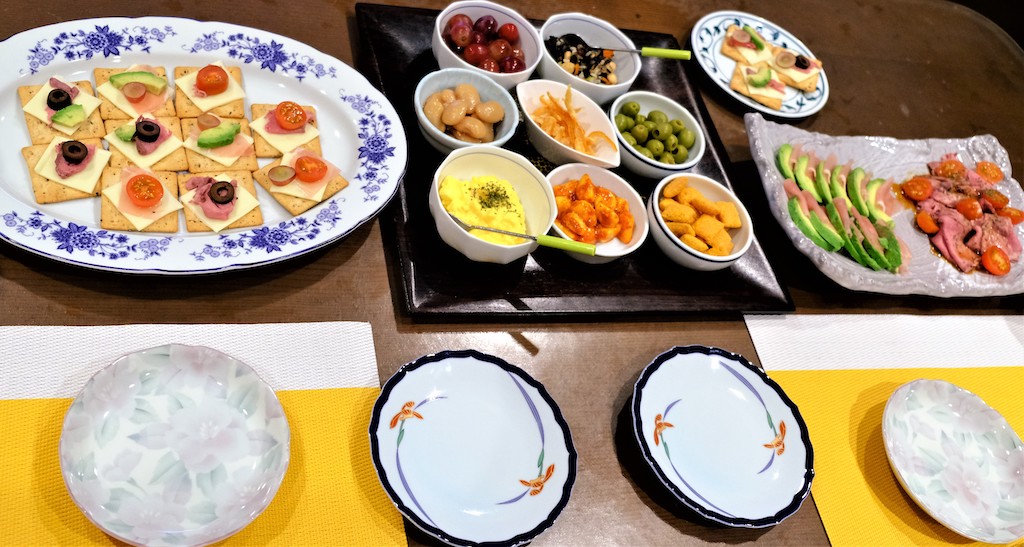 It’s shiso leaves which are kind of like Japanese basil. We also call it “shirso”.
It can be used as condiment, tempura material, and ingredient for various kind of dishes. 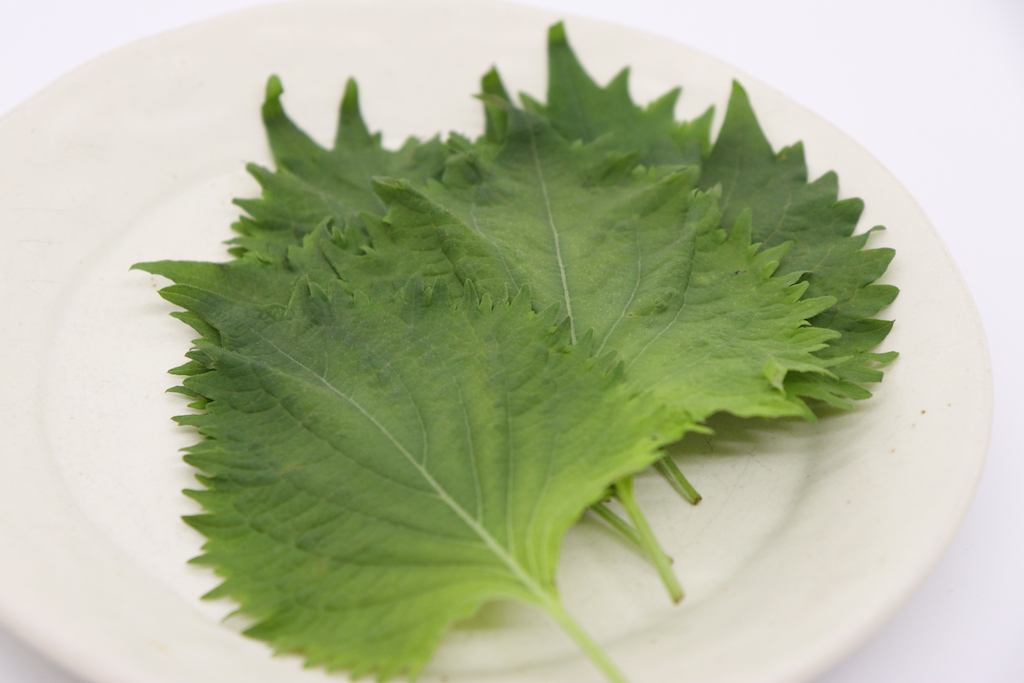 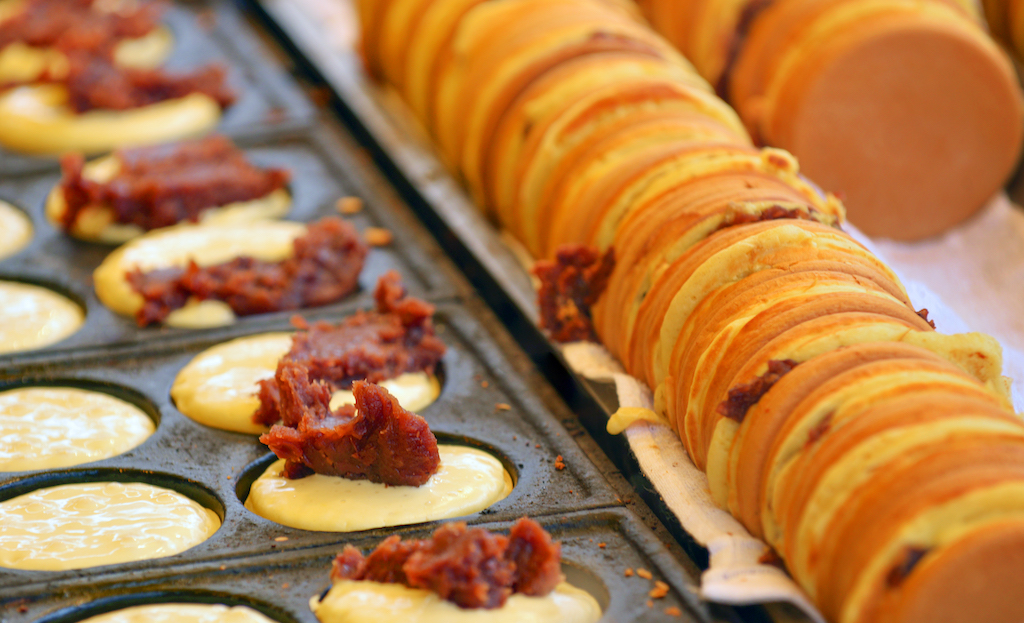 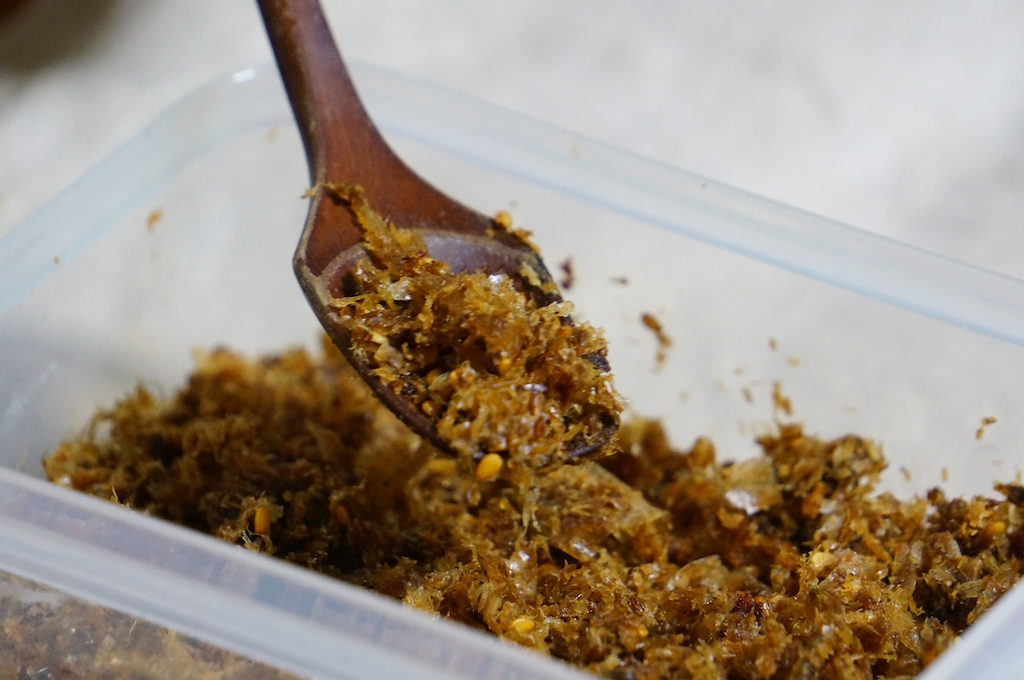 It’s the residue left when soymilk is squeezed in the process of making tofu from soybeans. We sometimes call it “unohana”.

What Is Okara and How Is It Used? It’s Japanese term for “okra”.
As you may know, okra can be used in various type of dishes such as boiled salad, simmering food, tempura. It has sticky texture but the simple taste and flavor can be used for any seasoning. 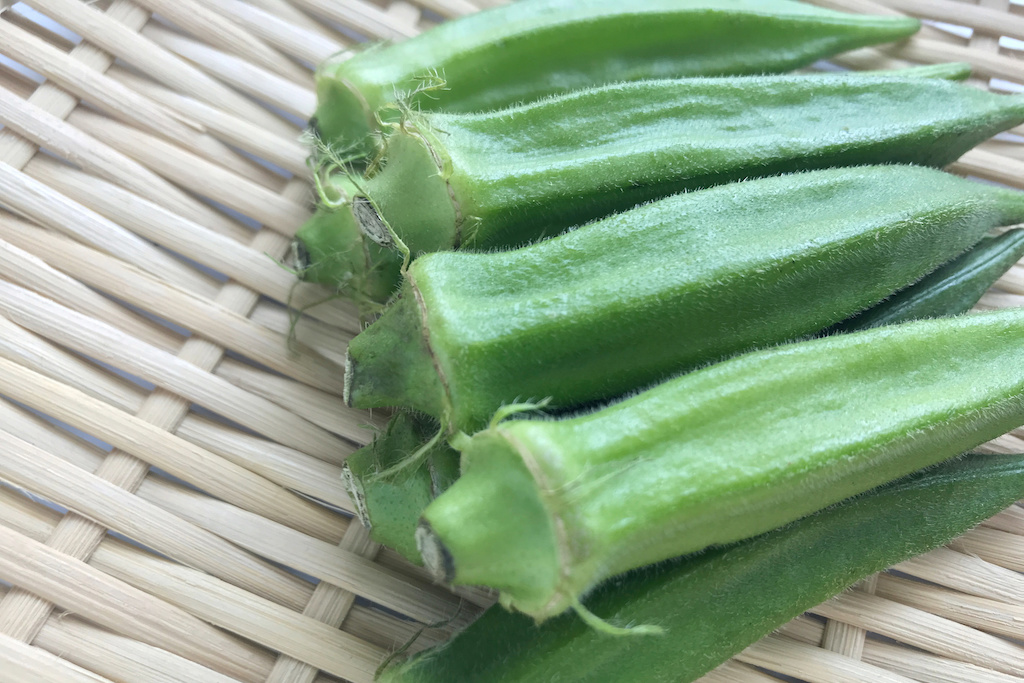 It’s a toast with red bean paste on top. Usually butter or margarine is also put together.
It has been known as a local food of Aichi prefecture, but widely eaten all over Japan in recent years. 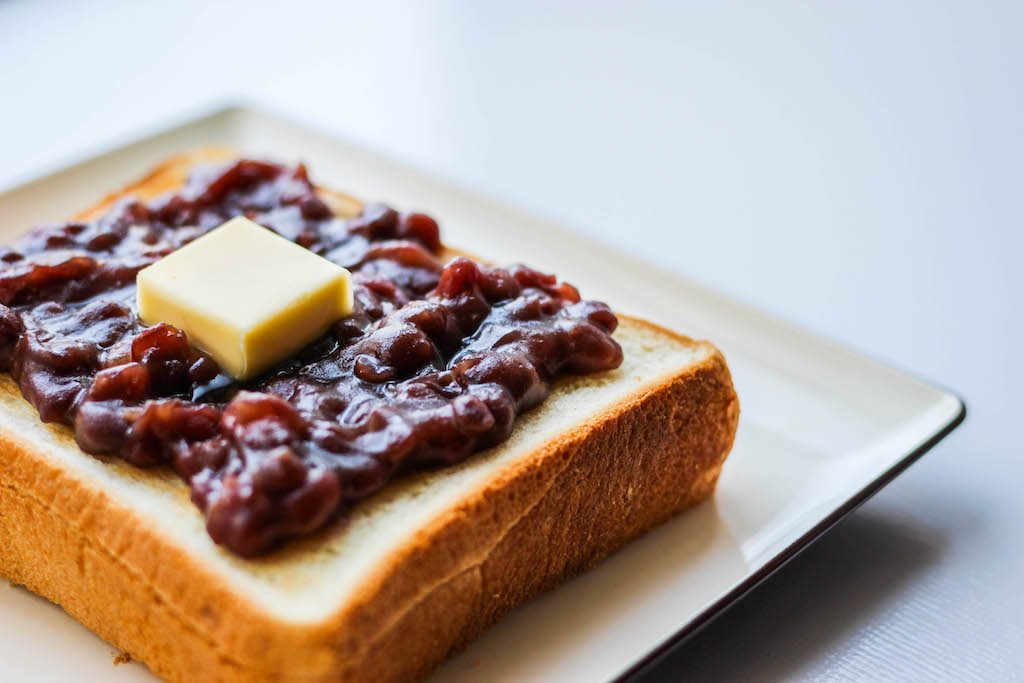 It’s Japanese term for “kids meal”.
You often see kids meal at restaurants in Japan. Quantity, taste, and appearance of the meal are arranged for children. There are often age restrictions. It’s Japanese-style pancake that is made from flour, eggs, vegetables (mainly cabbage), meat, seafood, and sometimes noodles. Usually it’s baked on an iron plate, and you eat it with the Japanese okonomi sauce, mayonnaise, and some toppings such as aonori flakes and dried bonito shavings. 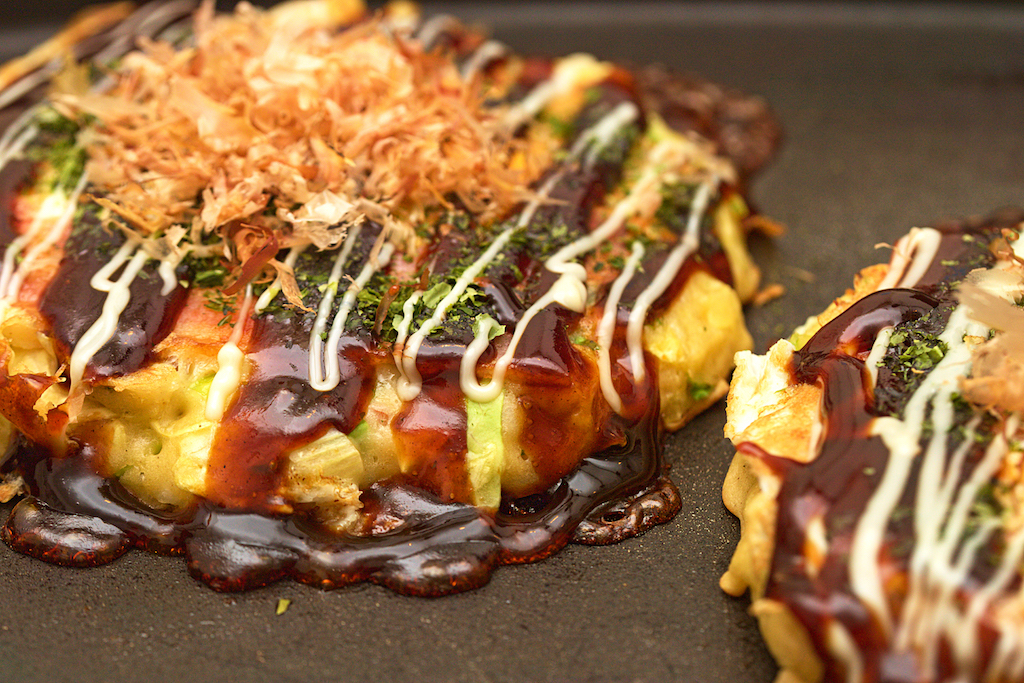 It’s Japanese-style mixed rice, but not made of white rice but glutinous rice. You can mix any ingredients including vegetables, mushrooms, beans, meat, etc. おこわ (OKOWA) made from glutinous rice and red bean is called “sekihan”. It’s Japanese-style congee (rice porridge). We also call it “zousui” in Japanese.
It’s usually made by simmering steamed rice, some ingredients, and dashi stock together. The seasoning could be soy sauce, miso, or anything. My mom used to make おじや (OJIYA) with leftover miso soup, egg, and rice. 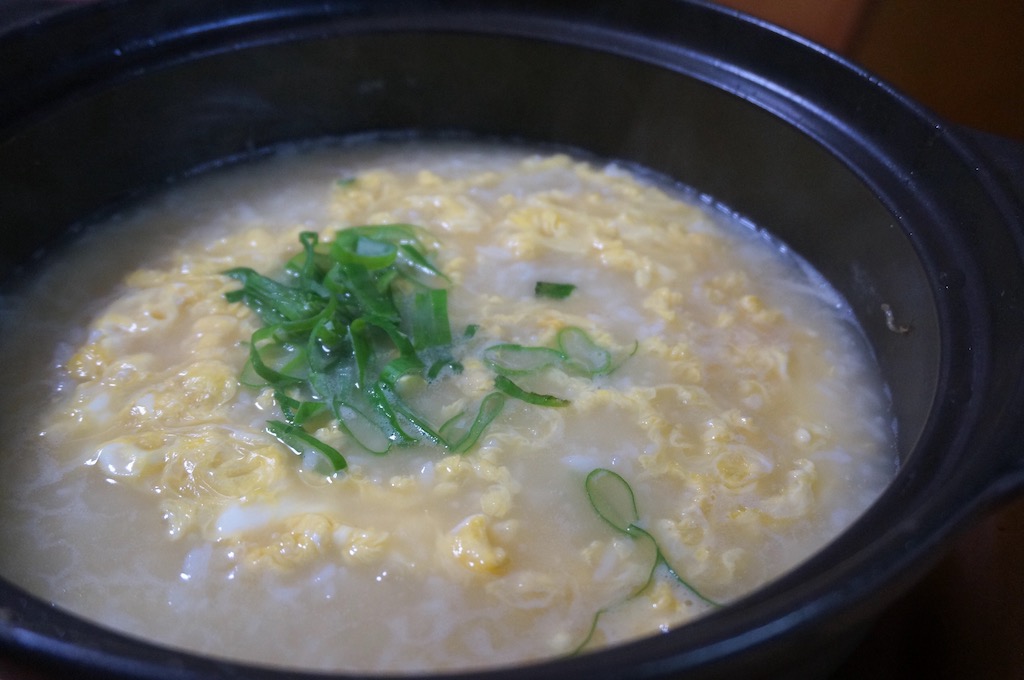 It’s sweet red-bean soup with mochi (rice cake). We also call it “shiruko” (Adding “o” makes it more polite).
Sweet bean paste is usually a little sticky, so you need to add water to make the soup, and put cooked mochi into it. The chewy mochi matches so well with the sweet bean soup. It’s Japanese term for “Japanese pickles”. It’s another name for “tsukemono”.
Japanese pickles is not sour like a vinegar, but it’s generally just salty. There are so many kinds of Japanese pickles, and the taste totally depends on the kind. For example, nukazuke is pickles made with rice bran and brine. And it has really unique flavor of fermented bran.

What Is Nukazuke and How To Make It? 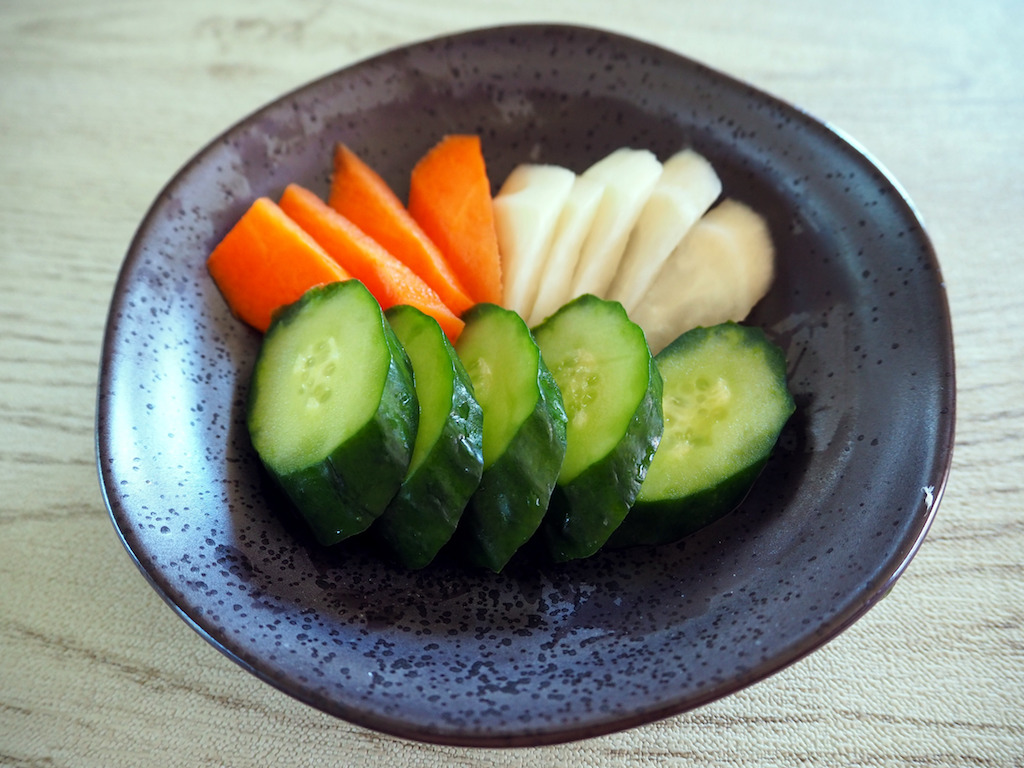 As you may know, it’s the same term as “sushi”. Adding “o” makes it more polite.
I would say sushi is the most famous Japanese cuisine in the world. There are numerous sushi restaurants in Japan, so please try some of them if you’re visiting Japan! おせち (OSECHI) is the traditional meal only prepared for New Year. 料理 (RYORI) means “meal”, by the way. People eat various auspicious ingredients in the osechi box to pray for good health and great harvest for a year. It’s Japanese traditional soup dish using mochi for New Year’s. We also call it “zoni”. Adding “o” makes it more polite.
You make the soy sauce based or miso based soup with favorite meat and vegetables. Then, put mochi (rice cake) into it. It’s one of the must-eat dish on New Year. It’s Japanese term for “green tea”. You can also call it “cha”. Adding “o” makes it more polite.
Green tea is one of the most common drink in Japan, and there are so many types of green tea actually. People often drink hot green tea at home. It’s rice with tea poured on it. Usually some ingredients such as salted plum and salted grilled salmon are put on the rice. The name says “tea”, but people often use instant お茶漬け (OCHAZUKE) with hot water. It’s Japanese term for “onion ring”.
I wouldn’t say it’s a major dish in Japan, but you will see it at some hamburger shops or restaurants in Japan. 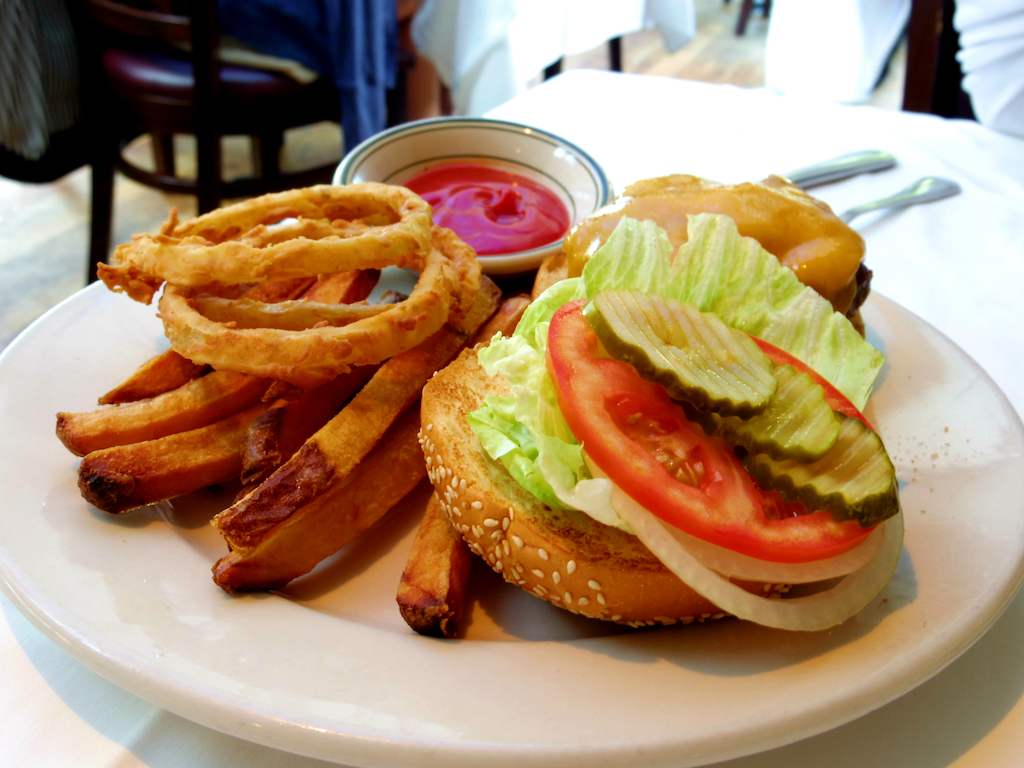 It’s Japanese rice ball. There is onigiri made from simply just white rice with a little salt. We usually put filling in it, for example, salted plum, salmon, okaka, and tuna. It’s a Japanese traditional sweets which is rice ball coated with sweetened red beans, roasted soybean flour, or sesame. The rice ball is not like a onigiri, but made from glutinous rice. It’s Japanese term for “lobster”.
As with the lobster dishes in other countries, it’s often eaten as the baked lobster with some sauce in Japan. It’s Japanese term for “omelette”.
Although there are several other type of egg dishes that are really popular among Japanese, omelette is one of the choice for us. Ingredients and how to make is almost the same as the American omelette. It’s stir-fried rice wrapped in an omelet.
I would say this is more familiar food to Japanese people rather than omelette. Stir-fried rice for this is usually seasoned with ketchup. Also, you pour ketchup sauce on top too. It’s a Japanese dumpling made of vegetables, sweet bean paste, or any other filling, wrapped in flour or buckwheat dough then roasted. It’s known as a local food of Nagano prefecture. It’s a bowl of rice with chicken and eggs, sometimes salmon and salmon roe. You make simmered chicken with sweet-salty soy sauce based sauce with some onion, and pour beaten egg evenly. Then, put it over the rice. 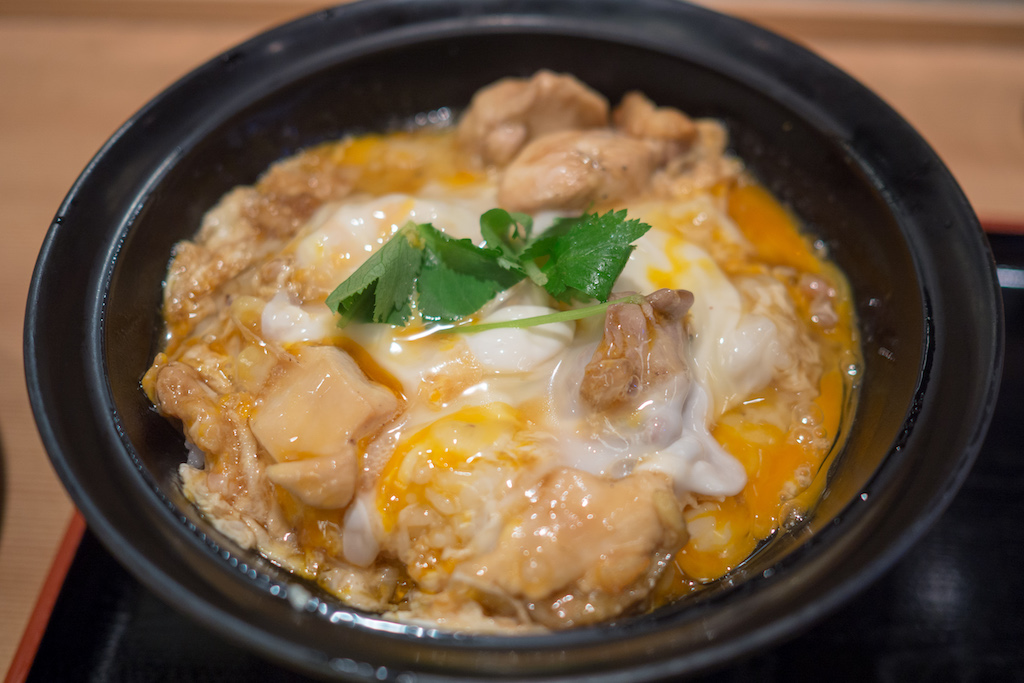 It’s Japanese term for “between-meal snack”.
People often take a short break with some drink (coffee or tea) and some snacks. The food can be anything: sweets, fruits, and even some bread or onigiri (rice).