There are some cases in which your Japanese accidentally sound rude.

I will introduce one of the example of this mistake, and tell what you should say instead!

Let’s say if somebody offer you a cup of coffee, you can easily speak like “No, thank you.” in English, right?

However, it is not natural to say “No, thank you.” in Japanese actually.

A literal translation of “No, thank you.” is

So how should we refuse without being rude or cold?
Instead of saying “いいえ (Iie)” which is negative way, we often use positive way. I mean we refuse very softly.

OK finally!! Let’s talk about how to say “No” in positive way.

Let me start with this Tip. 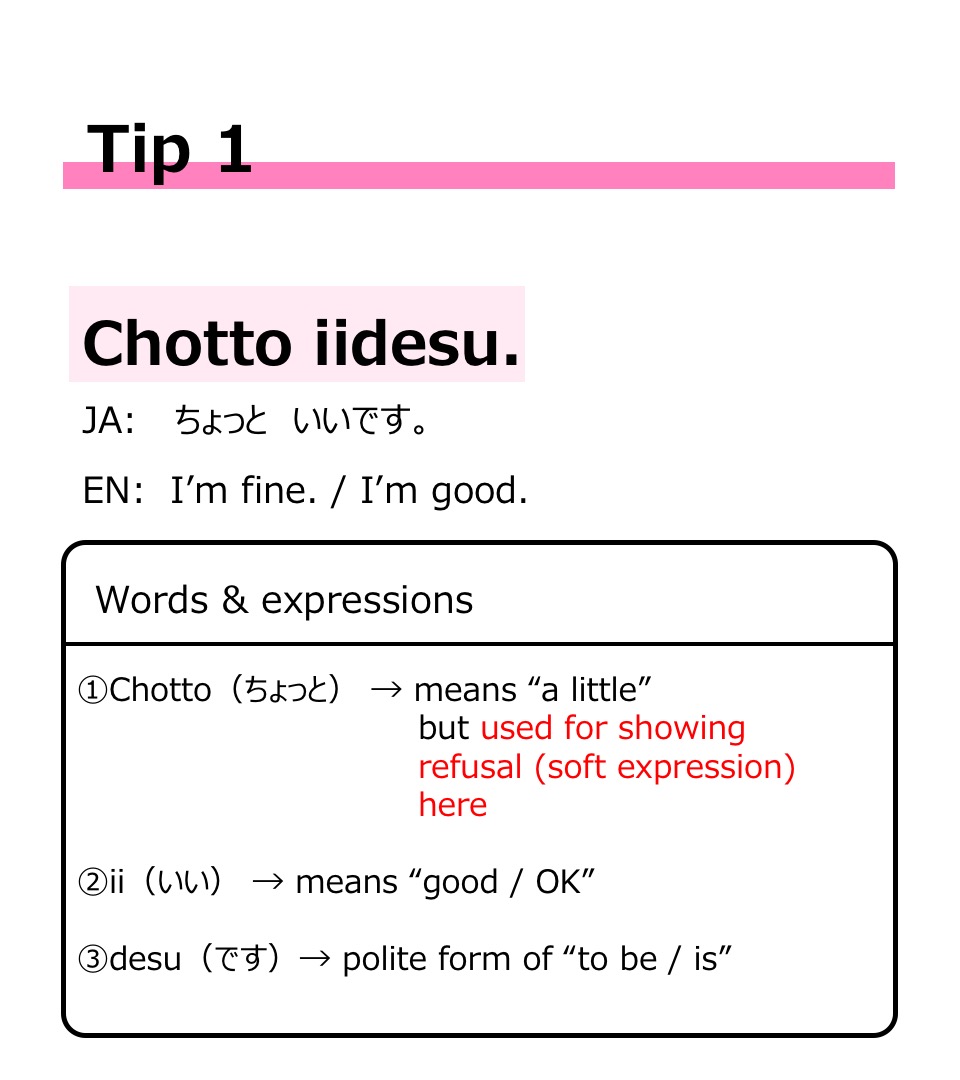 What does “ちょっと (Chotto)” mean?

“ちょっと (Chotto)” means “a little”, however, it doesn’t exist as “a little” in this sentence. It is used for showing your refusal here.
If Japanese people hear “ちょっと (Chotto)” from you after they recommend something to you or invite you to something, they would understand you don’t want to accept it.

I mean, by using this phrase, “ちょっと (Chotto)” you can convey your refusal, at the same time the expression will not be cold. It sounds soft.

Actually, “いい (ii)” can be used both negative and positive way.
It’s just like the word “OK” in English.
In English, if you say “It‘s OK!”, It should mean “alright” or “good”: positive meaning. On the other hand, if you say “I’m OK”, It could be “No thank you”: negative meaning. 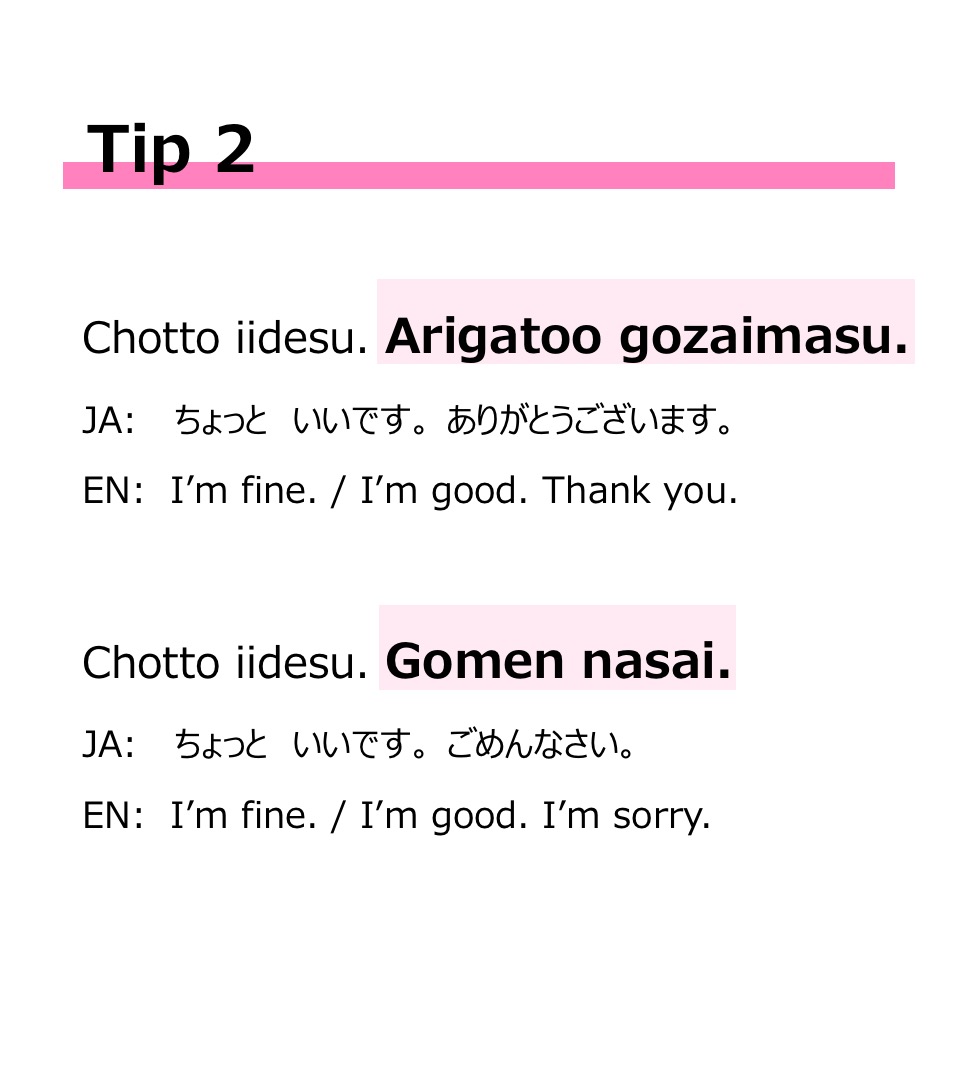 Using only Tip 1: “ちょっと、いいです。(Chotto, Iidesu.)” is fine.
But in order to make the phrase more polite, I recommend to use this second tip too.

You can choose “thank you” or “I’m sorry” according to your feeling.
If you feel like “Oh, thank you for inviting me” or “Thank you for your recommendation”, please say “ありがとうございます (Arigatoo gozaimasu)”, after “ちょっと、いいです。(Chotto, Iidesu.)”

On the other hand, if you feel “Sorry” about your refusal, like you cannot accept somebody’s request or something. Please say “ごめんなさい (Gomennasai)” after “ちょっと、いいです。(Chotto, Iidesu.)”

By the way, if you are talking to your friend, you can say “ありがとう (Arigatoo)” which is more casual way.

By using this tip, even though you refuse some invitation or request, it doesn’t make someone uncomfortable.

I spoke some example what real Japanese conversation is going to be like on  my YouTube video. You can check it on the link above, so please take a look at it when you have time! See you there!!