Let’s check the list of foods that start with “え” for here.

It’s Japanese term for “ray fin”.
It has a distinctive flat body, and people usually eat processed ray fin such as dried one and smoked one. People like to eat it as finger food, and it matches so well with sake. It’s a box lunch sold at a railroad station. Each region all over Japan has the original えきべん (EKIBEN) using their local ingredients.
It’s popular to eat it while riding the Shinkansen; bullet train. 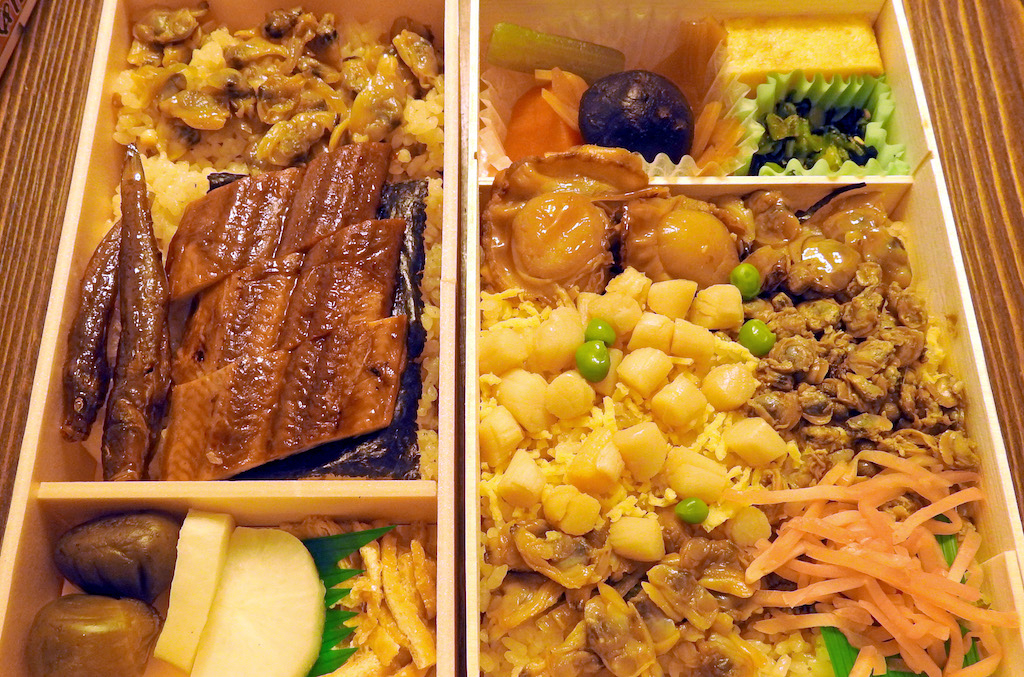 It’s Japanese term for “eclair”.
Western confectionery originating in France that custard cream or whipped cream is inside the baked light skin made from flour, eggs, and butter. Usually chocolate sauce is applied on top. 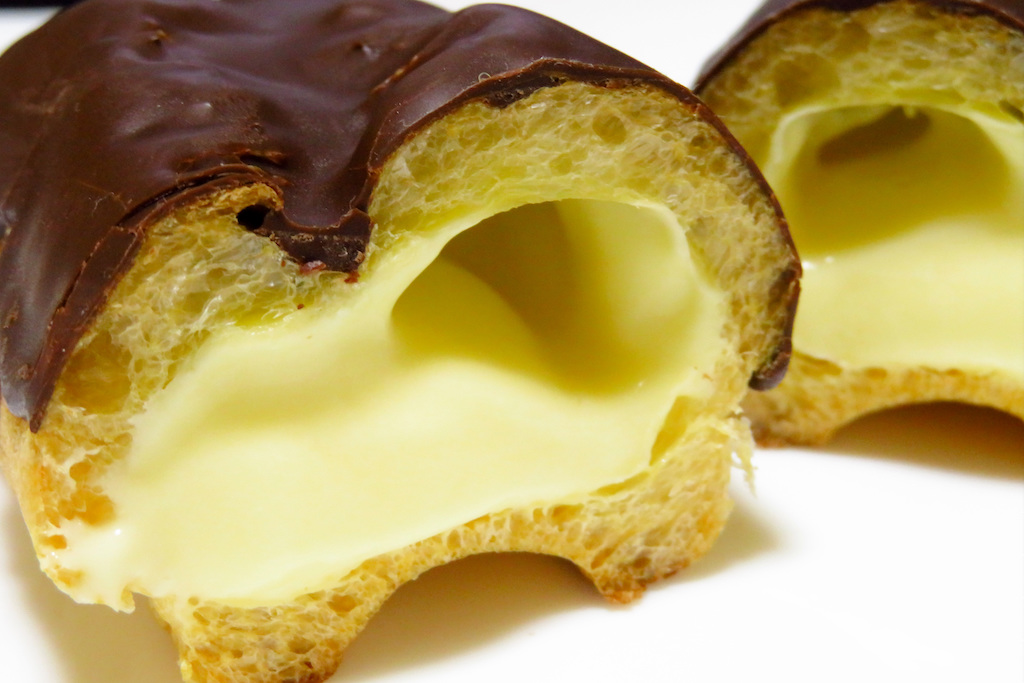 It’s Japanese term for “perilla seed oil”. あぶら (油) means oil.
ごま (GOMA) means sesame, but えごま (EGOMA) is not related to sesame: its scientific name is Perilla frutescens.
You can intake omega-3 fatty acid from this oil that can’t be made in the human body. So, it has become more popular as a health food in recent years. 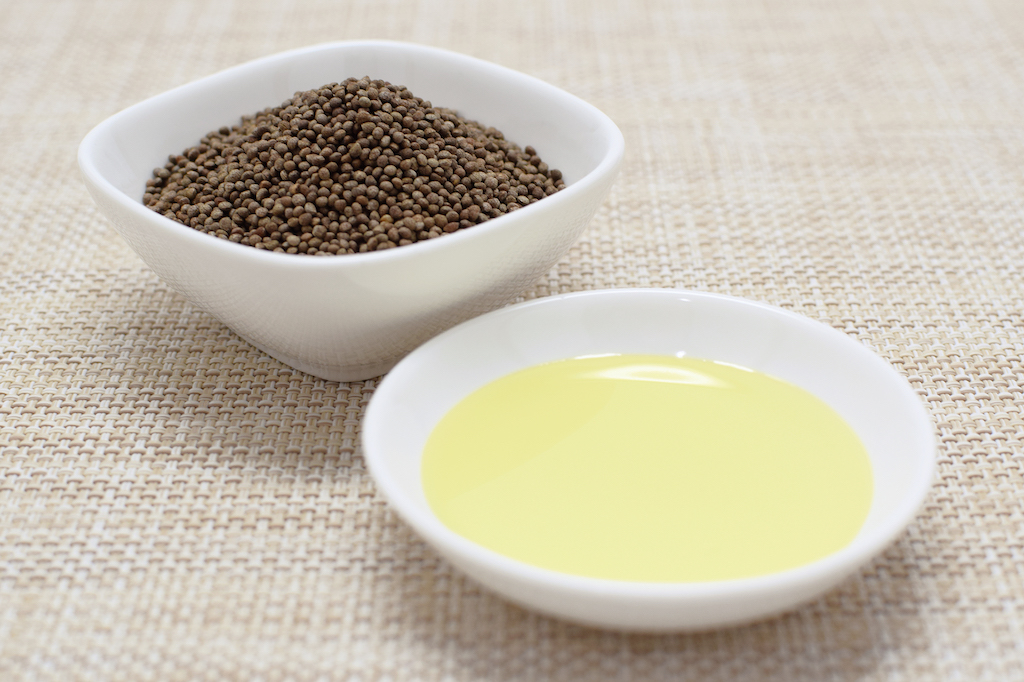 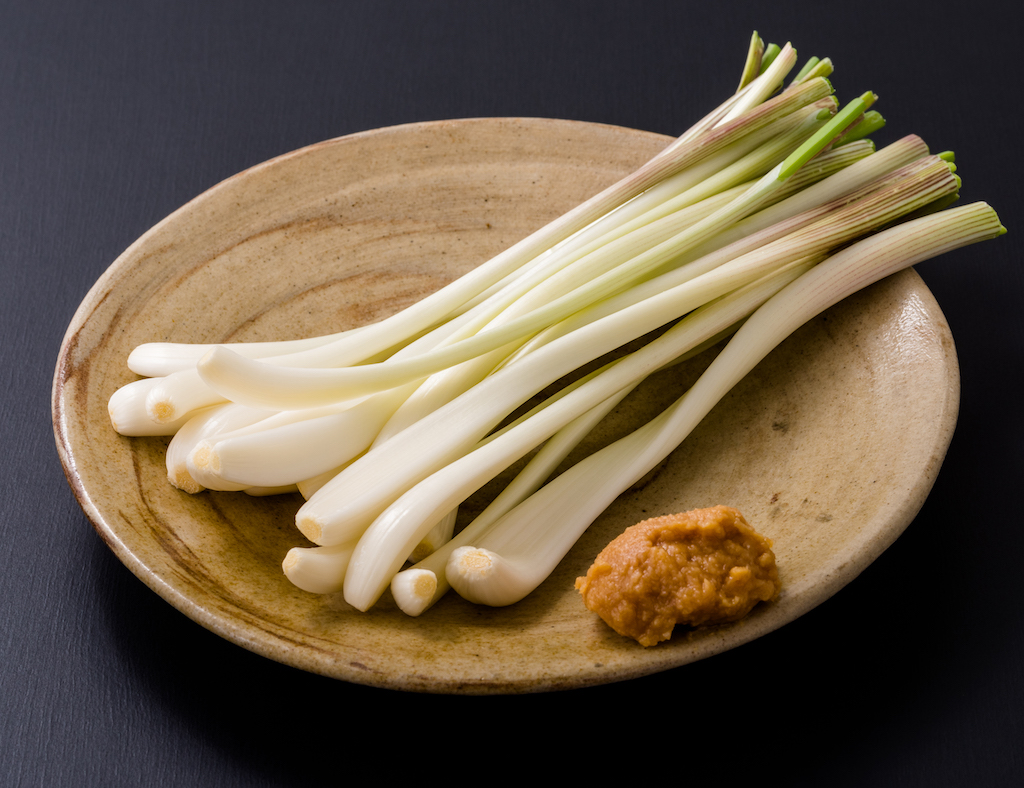 It’s Japanese term for “shallot”.
As you may know, shallot is kind of like small onion.
Sometimes it’s confused with #5 エシャレット (ESHARETTO) among Japanese due to the similar name, but those two are totally different food.
To distinguish shallot from #5 エシャレット (ESHARETTO), it’s also called ベルギーエシャロット(Belgium ESHAROTTO) in Japanese. It’s Japanese term for “escargot”.
It means edible terrestrial snail usually served in the shell with a sauce of melted butter and garlic. 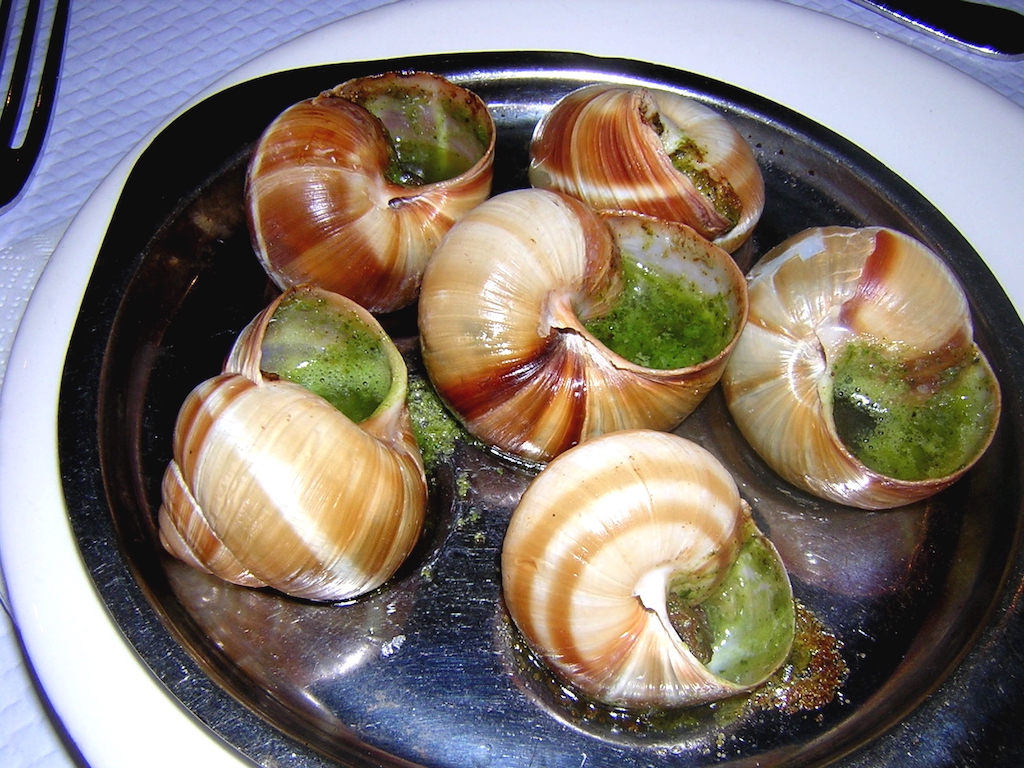 It’s Japanese term for “ethnic food”.
As you may know, ethnic food refers to cooking using spices and seasonings unique to some country or region. In Japan, it often refers to traditional Southeast Asian cuisine such as Thai cuisine and Vietnamese cuisine. 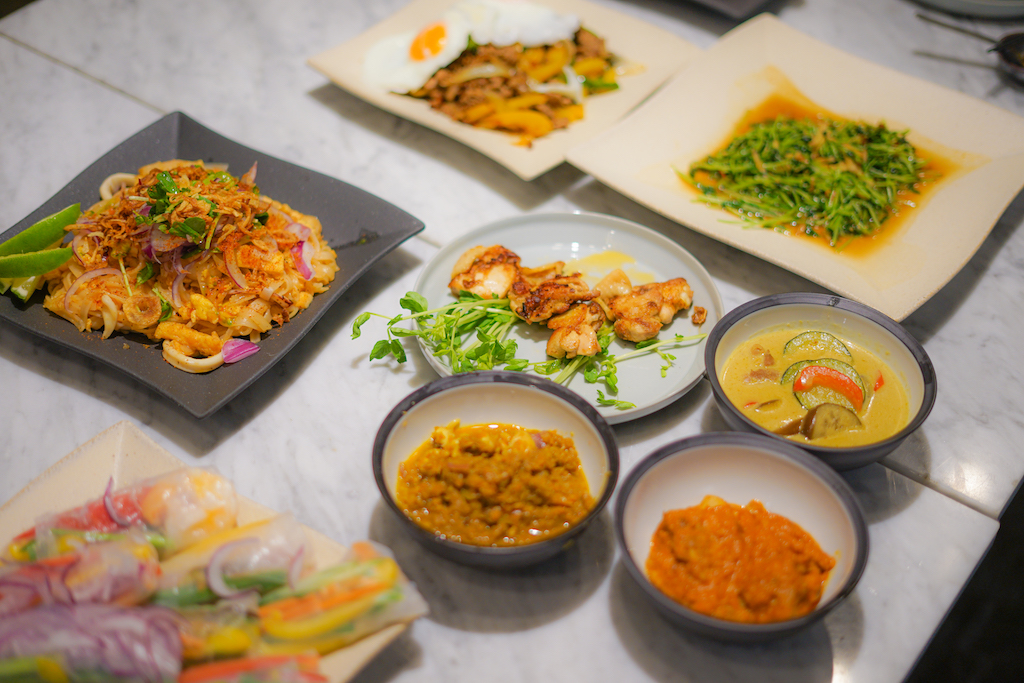 It’s Japanese term for “espresso”.
It’s a coffee extracted by pressurizing and straining finely ground coffee beans. Usually Japanese people like to drink it after adding cream to make cafe latte and cappuccino, for example. 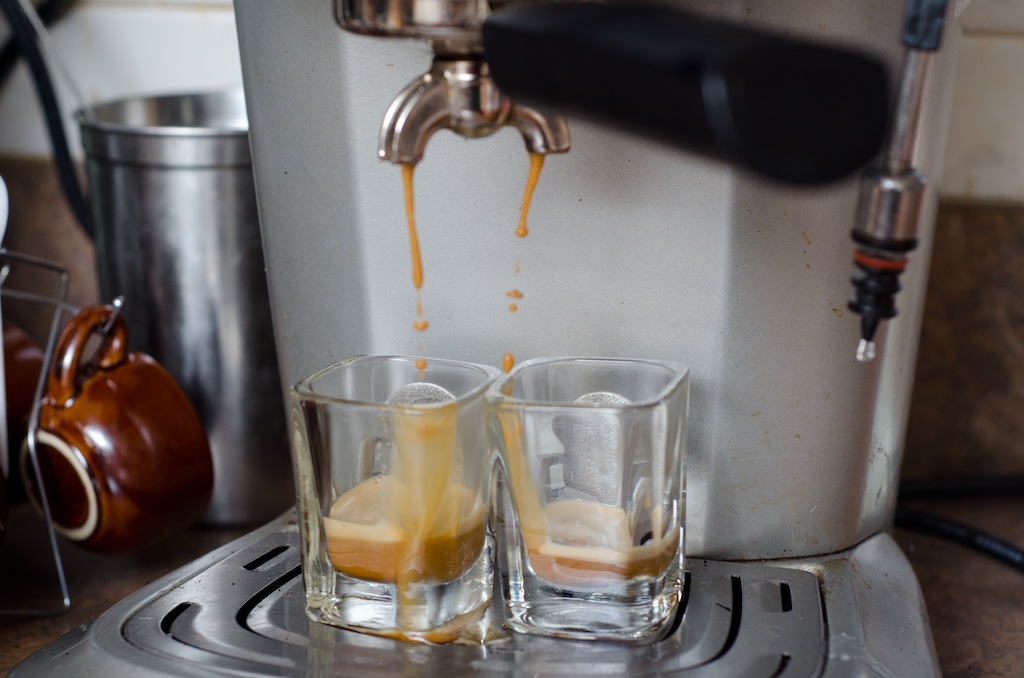 It’s Japanese term for “green beans”. Harvested immature soybeans are edamame.
Edamame has become a universal language. Even the restaurants in countries other than Japan is serving edamame dish as an appetizer.
Japanese-style of edamame dish is boiling it in plenty of hot water, and sprinkle salt. It’s simple, but extremely great finger food that matches so well with beer! It’s a type of Japanese mushrooms, and it’s often abbreviated to えのき(ENOKI). English term for this is enoki mushrooms.
It has a unique scent of mushroom, but the taste is not really strong.
It can be used in various dishes such as nabe (hot pot), miso soup, and stir-fried dishes. If you put enoki in those dishes, the soup will thickens when heated. 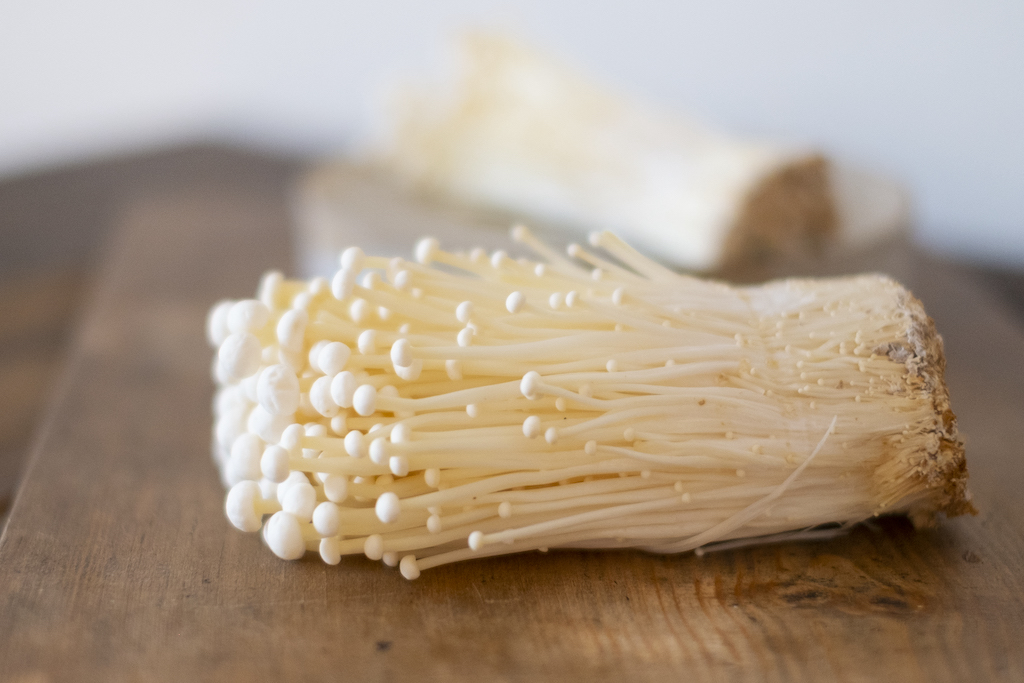 It’s Japanese term for “shrimp”.
There are so many kinds of shrimp dishes in Japan. For example, both boiled shrimp and raw shrimp are used as sushi material. Shrimp with chili sauce is one of the most popular Chinese food in Japan. Besides those, you can put it in salad, stir-fried dish, soup, fried rice, etc.

It’s a type of shrimp dish in Japan, “deep-fried shrimp”.
It’s made by applying batter liquid and bread crumbs and frying in plenty of oil. Usually it’s eaten with Japanese brown sauce or tartar sauce.
Along with tonkatsu (deep-fried pork), えびふらい (EBIFURAI) is very popular, representative deep-fried dish in Japan. 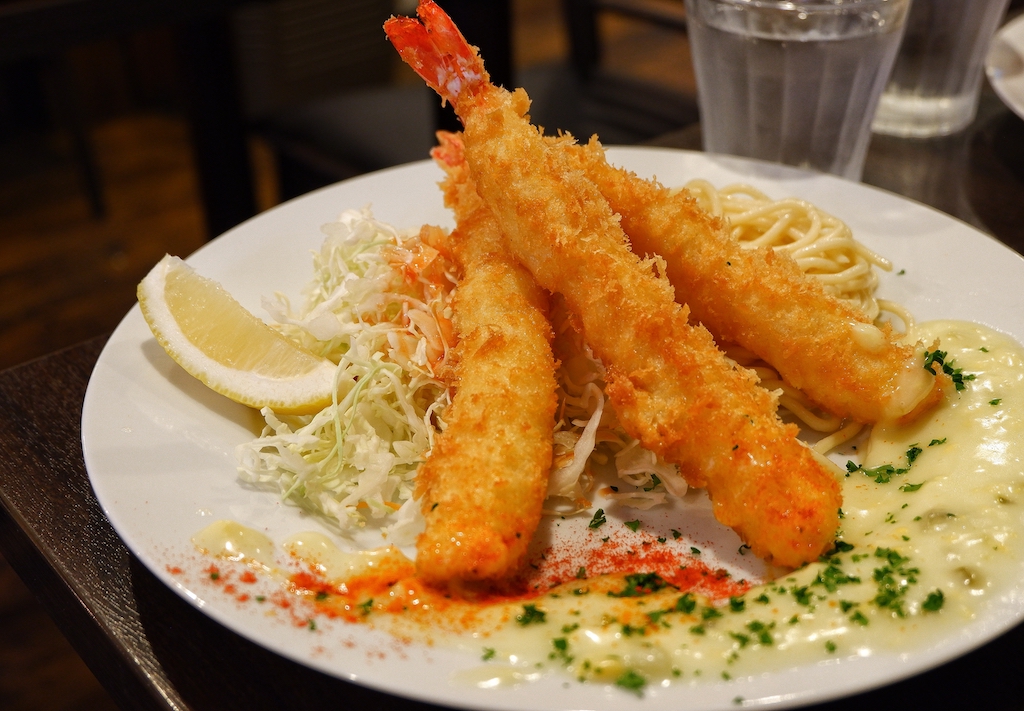 It’s a type of mushrooms, and called king oyster mushroom in English.
The characteristic of this is kind of like chewy texture. Unlike shiitake mushrooms or enoki mushrooms, the unique scent of mushrooms is subtle. It’s not used in deep-fried dishes such as tempura, nor hot pot dishes. But, I would say  people usually make sauteed king oystermushroom with various type of flavor. 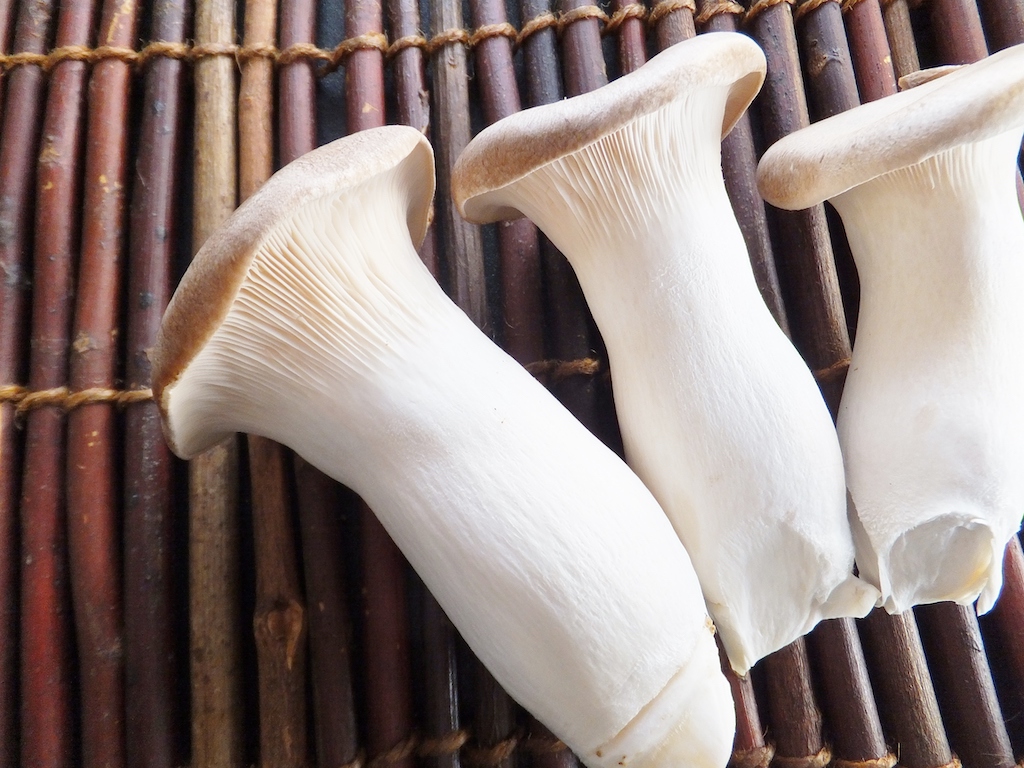 It’s a common name for fish parts that is used as sashimi and sushi material.
What body part of what fish is it? – It’s actually muscles that move fins of flounder and flatfish. Crispy texture of エンガワ (ENGAWA) is very popular among some Japanese. 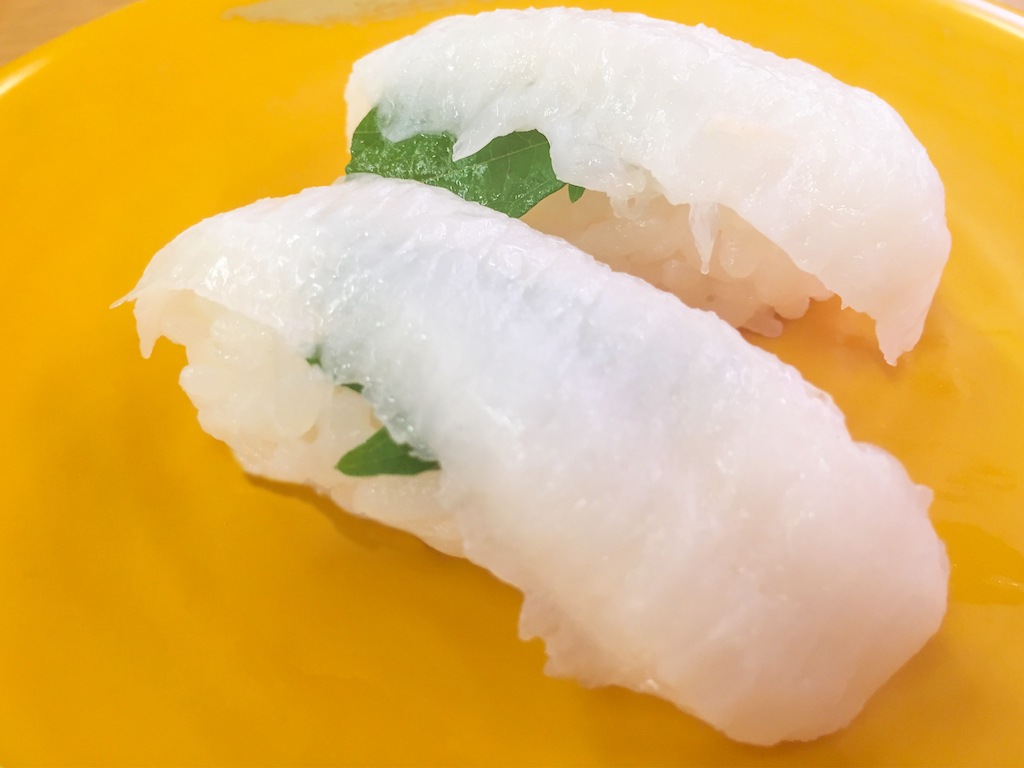 It’s Japanese term for “pea”.
Actually, each growth condition of the pea fruit has different names.
A little bigger and immature fruit of pea is called グリーンピース (GURI-NPI-SU), and used in simmered dishes and mixed rice. I think this is exactly pea or green pea in English.
Fully mature fruit of the plant is called えんどう豆 (ENDOMAME), and used for bean daifuku, Japanese traditional sweets. 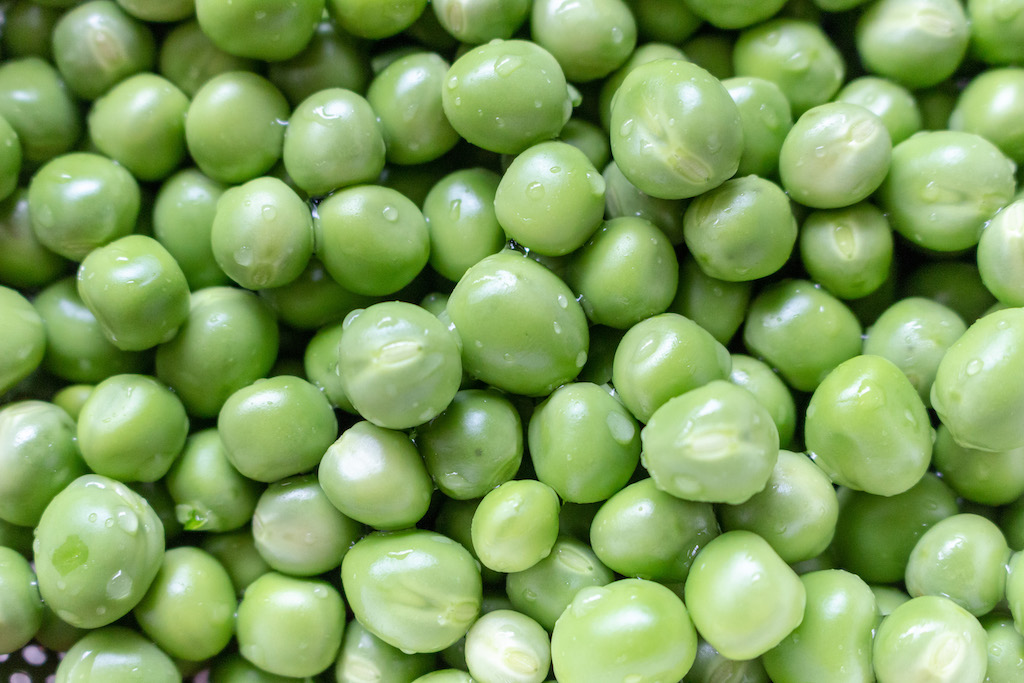 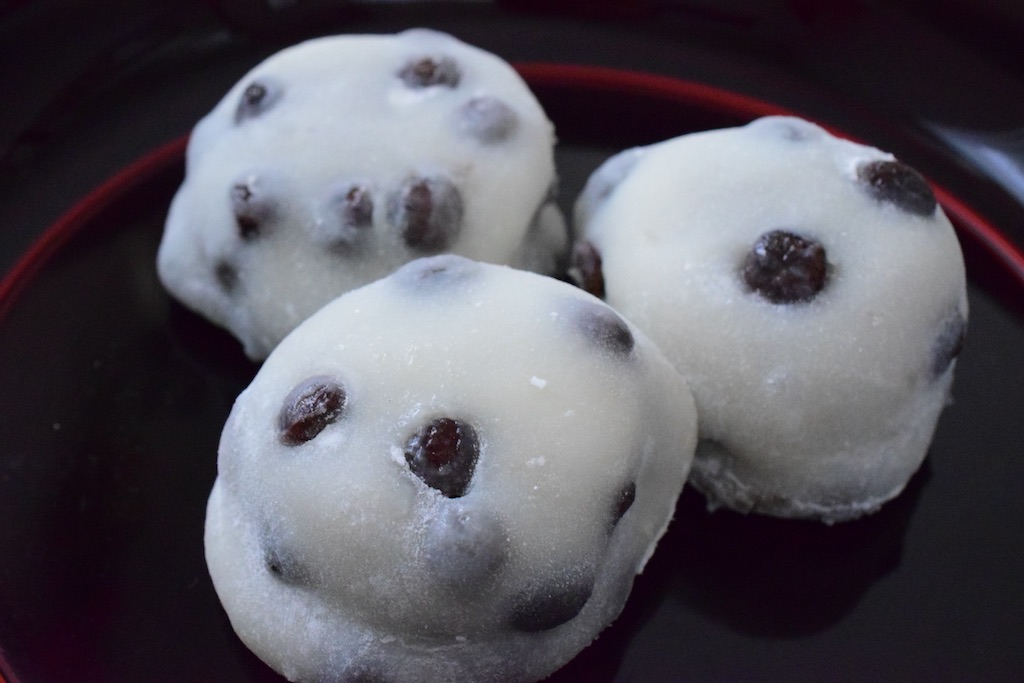