Are you looking for some educational tool for learning kanji characters?

When I thought about creating new video for you who are learning kanji, I came up with this idea! “Learn kanji with some music lyrics that everybody know about”. Then I decided to bring up the lyrics of American national anthem, the star-spangled banner.

I translated the lyrics of American national anthem to Japanese lyrics, and found 40 kanji characters there.

In my video, you can master how to read and write 40 kanji! Each one of them show you both on-yomi (Chinese reading) and kun-yomi (Japanese reading).

You can also check this site to know about all 40 kanji characters. If you want to hear pronunciation of each kanji, please check my YouTube video above. It gives you real Japanese pronunciation for your study.

I hope you can enjoy learning kanji with this lyrics, and it helps you a lot to study confusing kanji characters!! 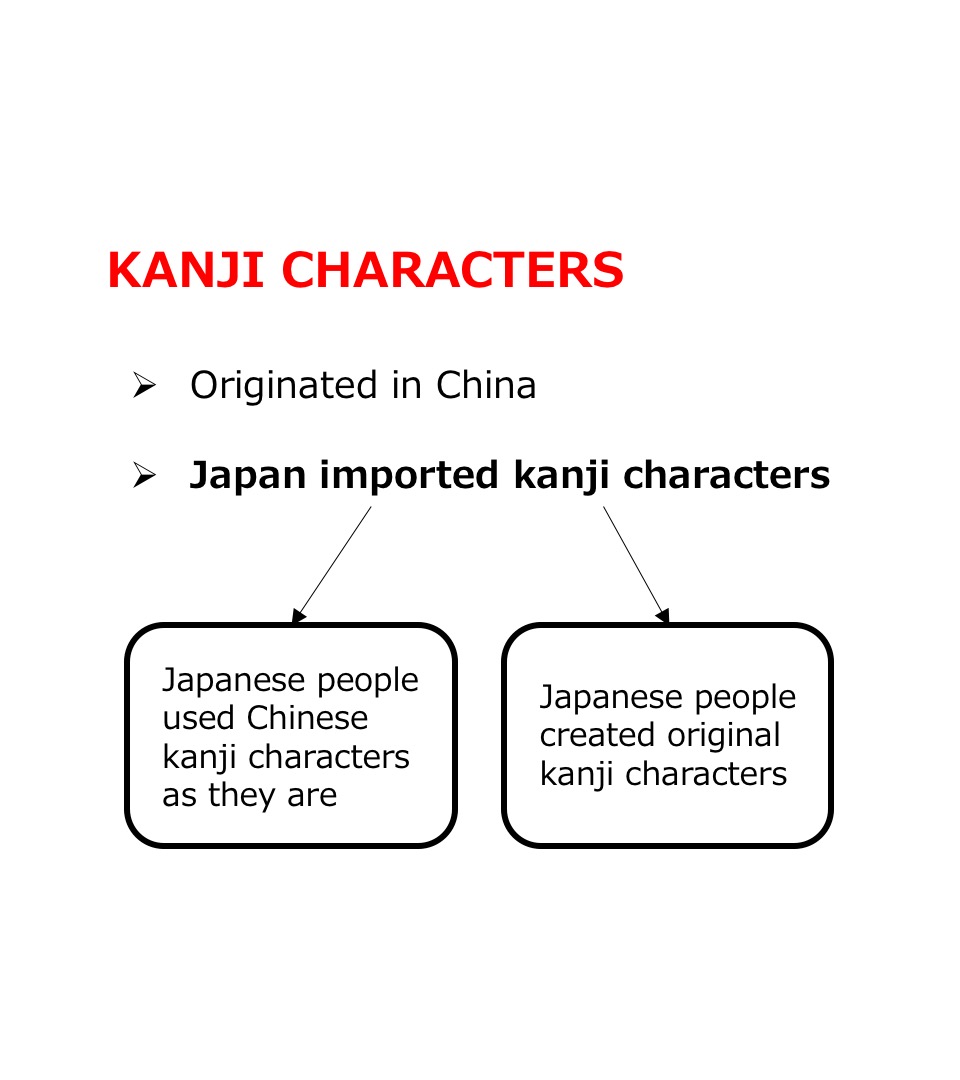 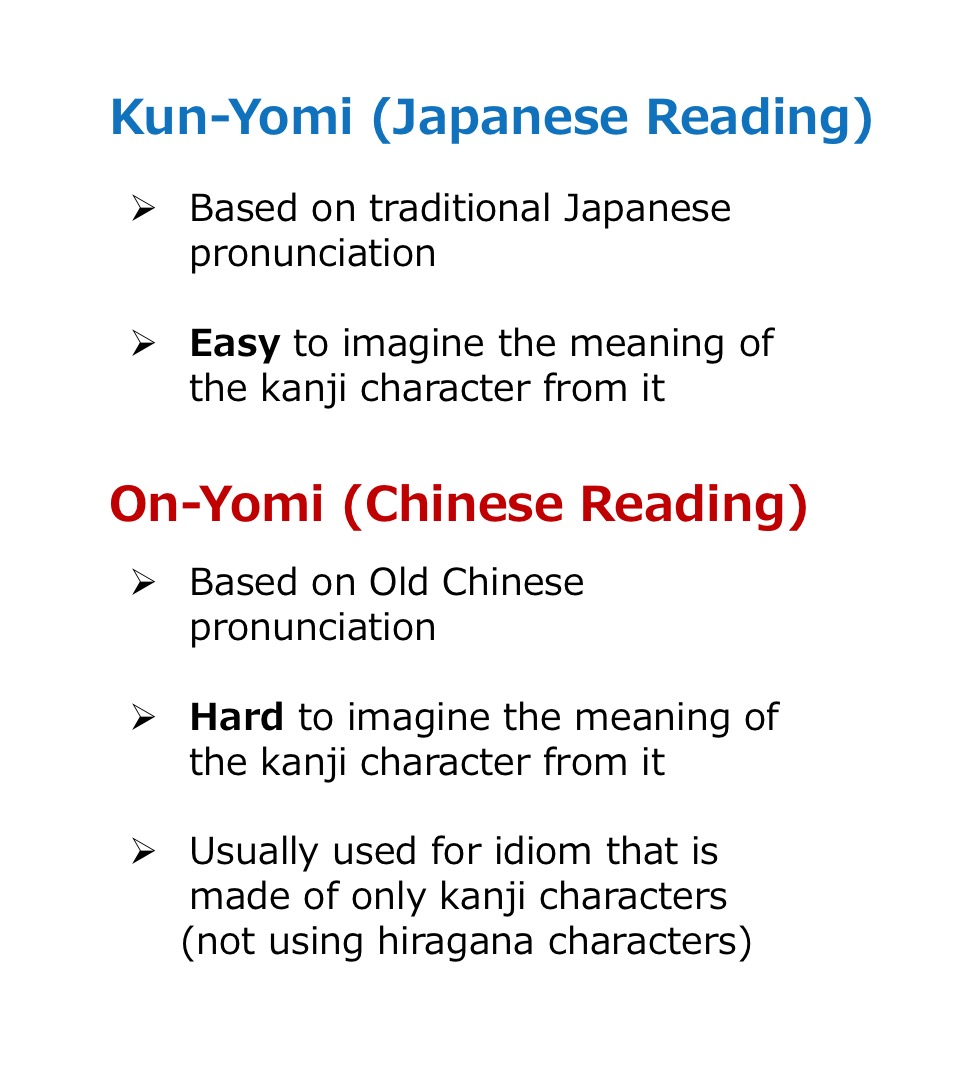 Kanji have two different readings, kun-yomi and on-yomi.
Kun-yomi is mostly based on the pronunciation of traditional Japanese language. By hearing Japanese reading, it’s comparatively easy to imagine what does the kanji character exactly mean. 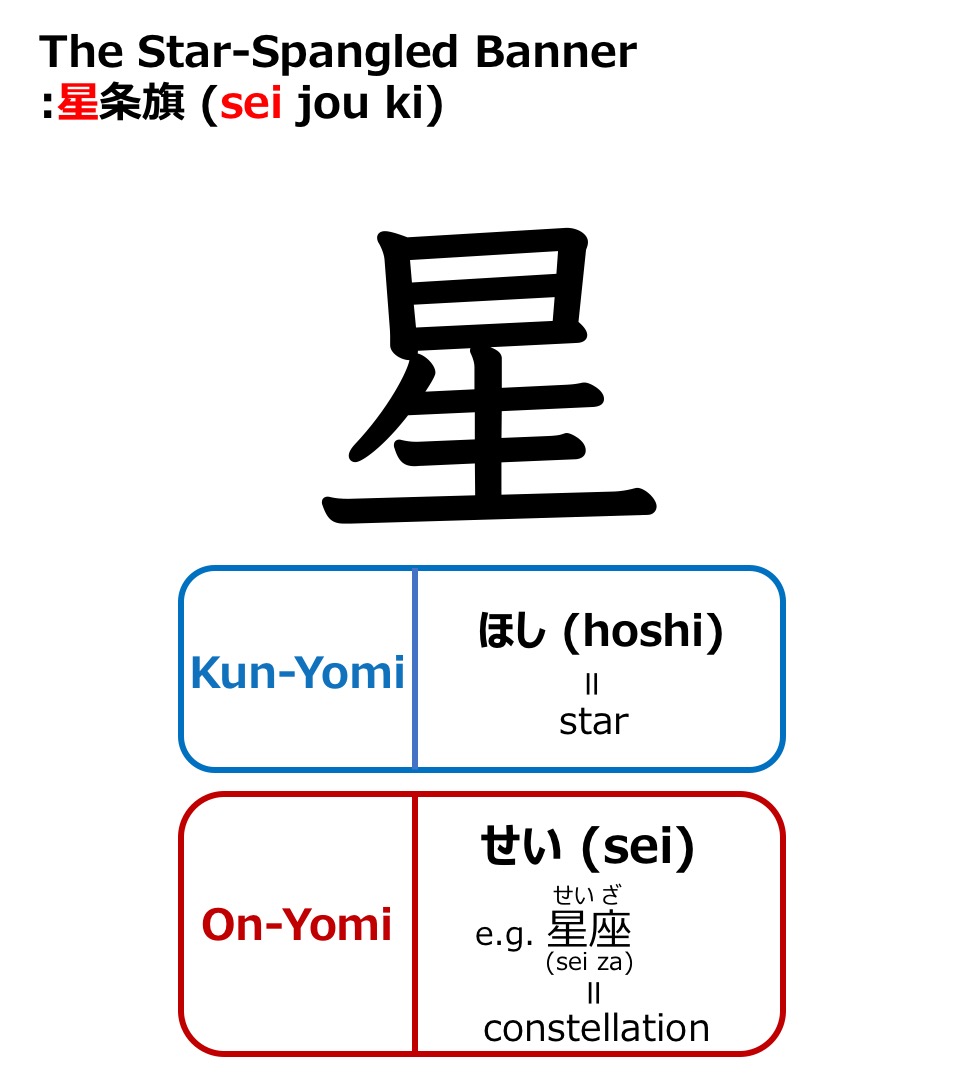 Maybe it’s easier to understand what I’m saying if we use the example. This is kanji character for “star”. In kun-yomi, it’s pronounced as “hoshi”. By saying hoshi, it exactly means star. That’s what I meant “easy to imagine the meaning of the kanji character”.

Unlike kun-yomi, it’s hard to tell what does the kanji character mean with only hearing on-yomi.

Let me go back to the example “star”. In on-yomi, it’s pronounced as “sei”. In Japanese, there are several kanji character for “sei”. So even though I only hear “sei”, I can’t recognize what does the sound “sei” mean.

In order to make sense, you need to combine “sei” with other kanji characters. For example, of course “sei jou ki”.

“Sei” in “sei jou ki” is standing for the stars in USA flag. Another example is this, “seiza” which means constellation.

As you can see, on-yomi is mostly used when the words is made of more than one kanji character.

Let’s finish up the rest of kanji characters for the title of the song, “sei jou ki”, please check out the slide for “jou (条)” and “ki (旗)”. 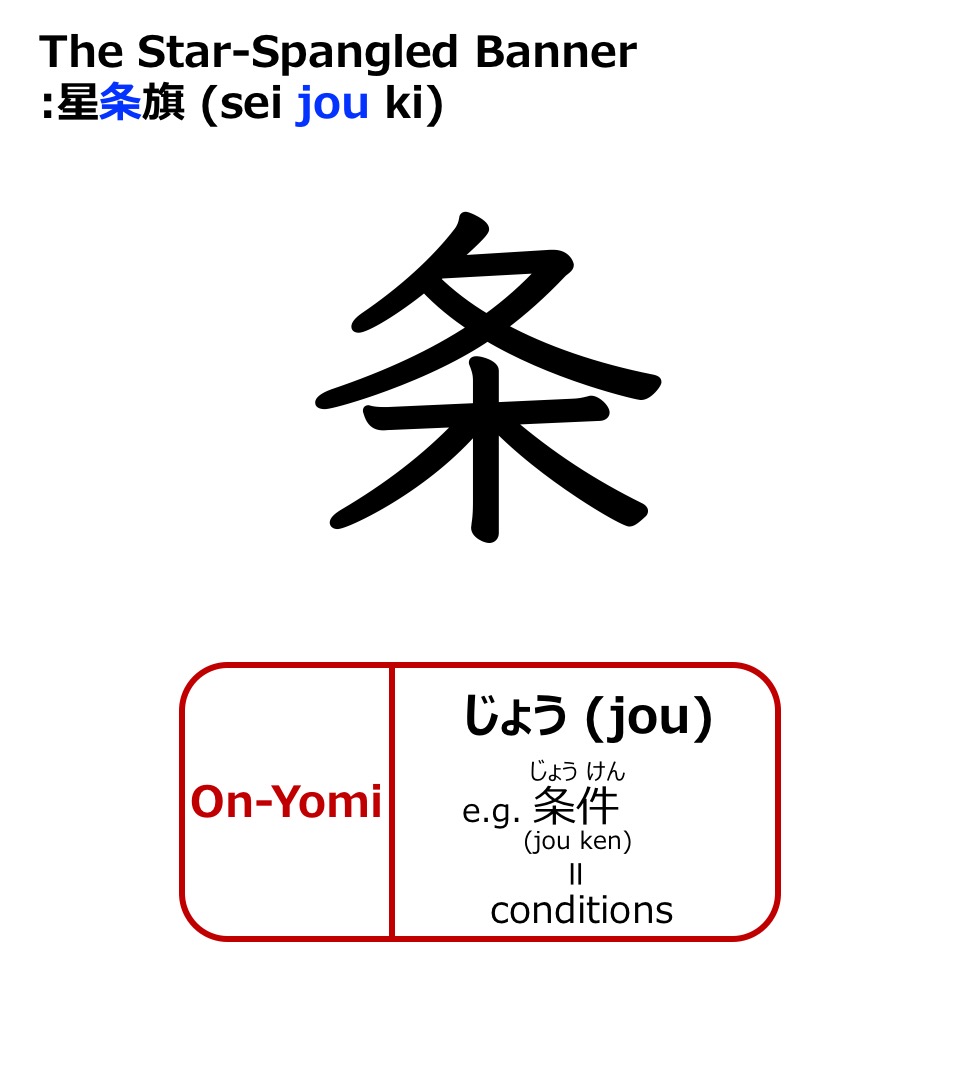 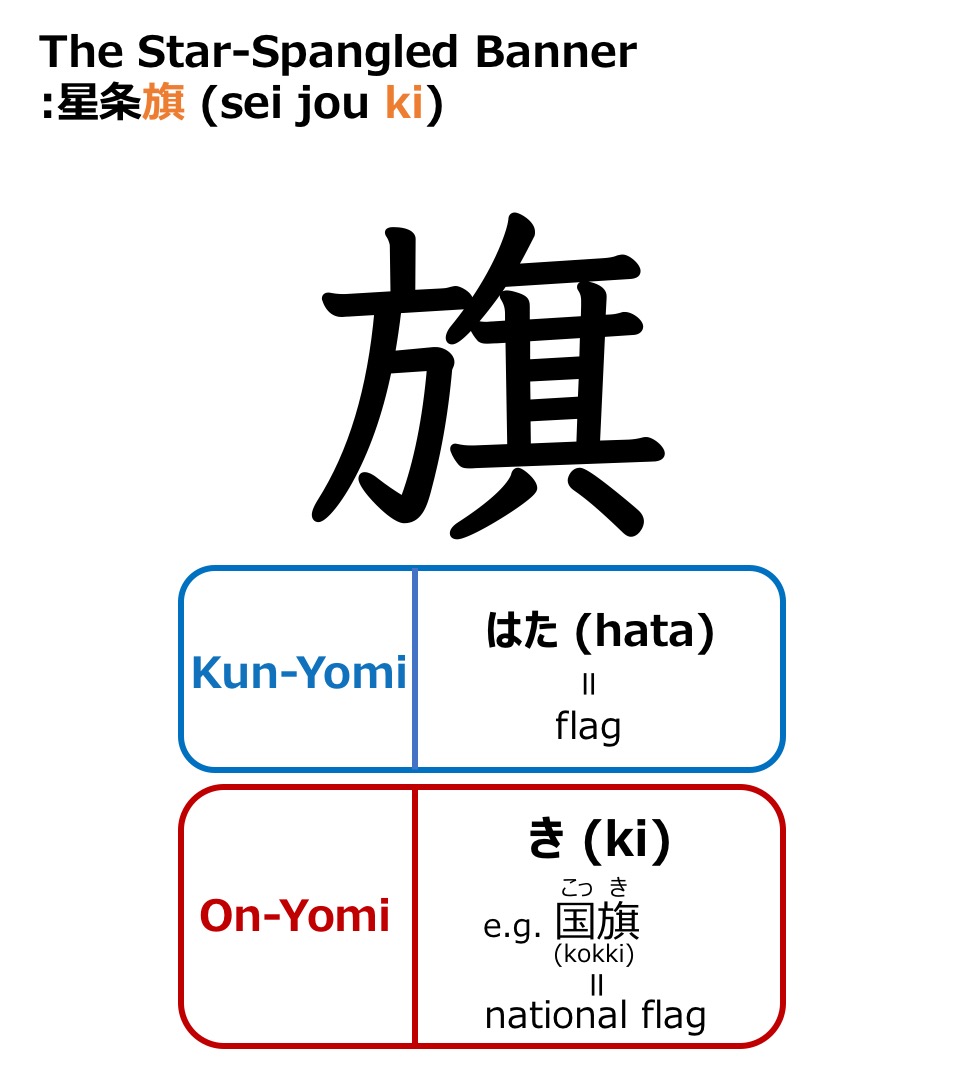 Alright, we can start learning the rest of 37 kanji characters using the lyrics  from here.

Since the lyrics is long and there are many kanji, I divided it in 4 parts. Let’s start with the PART 1. (Continued on next page…)